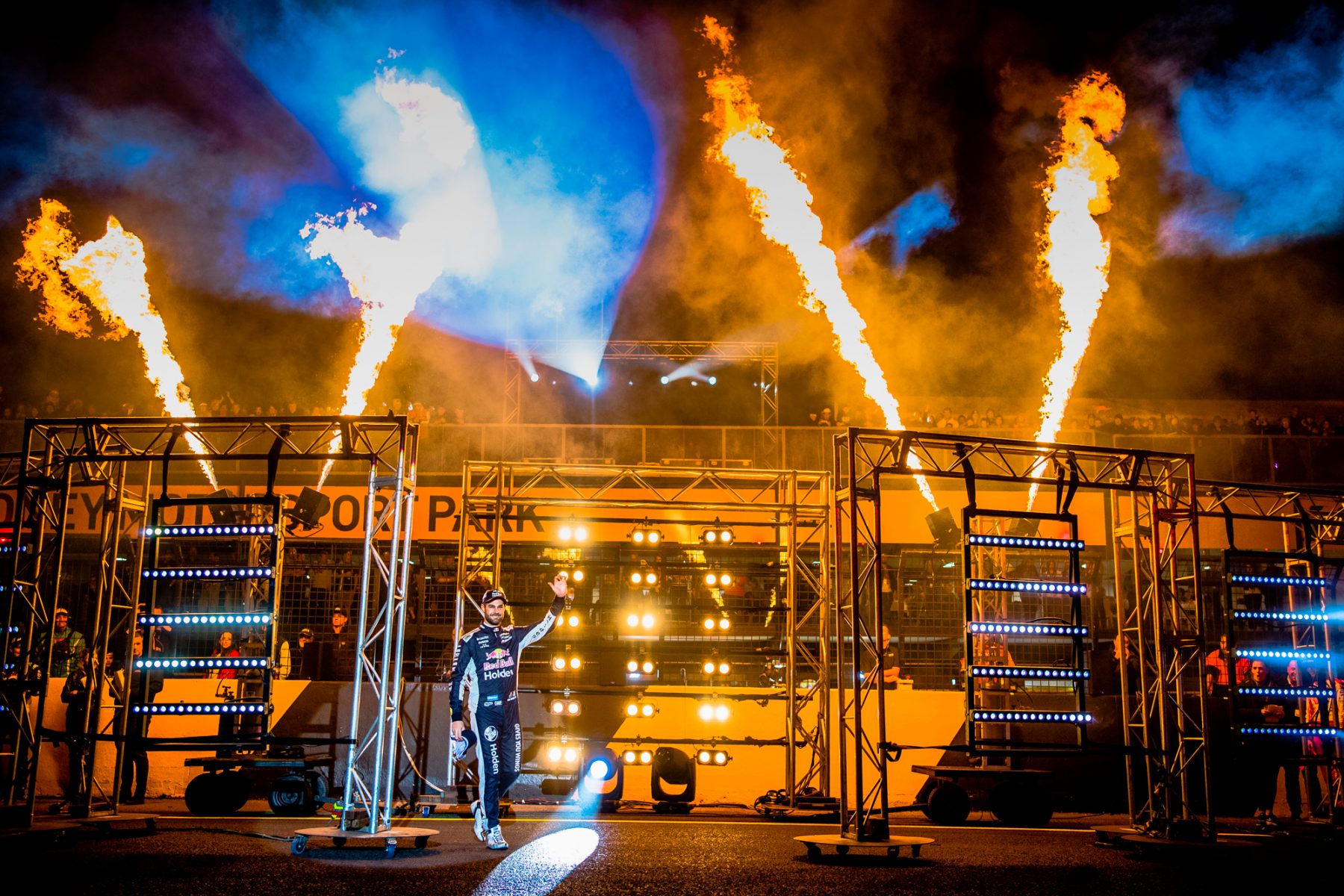 Leading drivers have praised Supercars’ efforts to enhance the return of night racing in Sydney with theatrical pre-race introductions and post-race fireworks.

The push to make Saturday night a spectacular show beyond the racing was steered by Supercars' general manager of television and content, Nathan Prendergast.

Chief among the initiatives was a pre-race ceremony in which the drivers were introduced to the fans on the front straight, collecting their gloves from a ‘grid kid’ before getting into their cars.

Featuring jets of fire, smoke, lighting, music and a pre-recorded voiceover, the 13-minute show set the stage for the impending 300km battle.

Points leader Scott McLaughlin was among the most enthusiastic, performing a brief dance after being introduced, and later expressing his desire to see similar intros at future events.

“The driver intros were awesome, I just think it's great we're bringing the sport closer to the fans and what they want,” said McLaughlin.

“We're an entertainment business, it was fantastic to see out the back (of the pits), we couldn't move.

“It took me a long time to get from the truck to the pits and it's awesome to be supported well, and for it to be seen by the fans is so exciting.

“Hopefully we can keep it up and do it at some other places.” 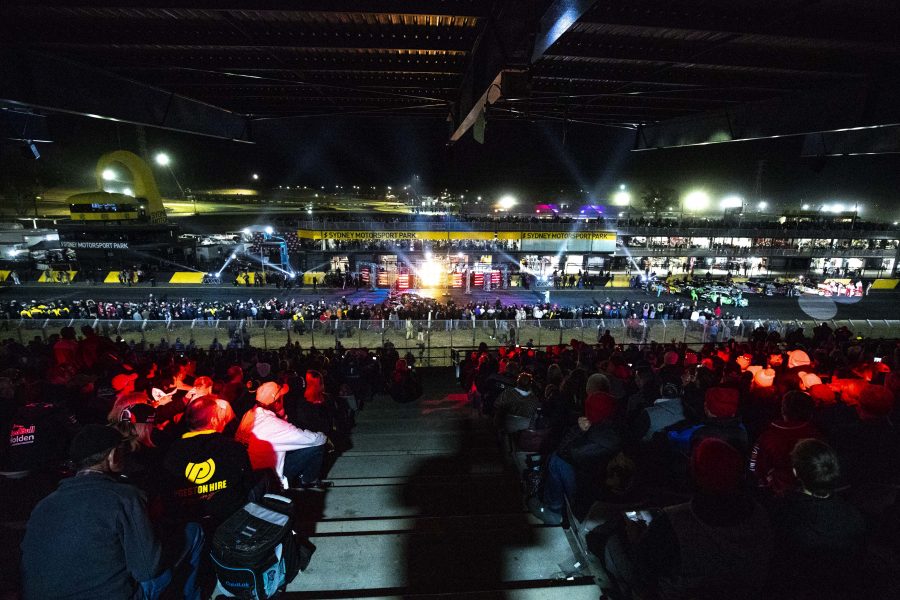 McLaughlin and Craig Lowndes were the last two drivers introduced to the crowd and, along with Mark Winterbottom, appeared to get the biggest cheers from the packed grandstand.

“We were briefed on what was going to happen, but you don't really know until it happens,” said Lowndes of the introductions.

“The biggest concern we had was we didn't have a lot of time from the announcement to get in the car and get going (being the last one introduced).

“But that all worked out alright from the time they cleared the grid, so that wasn't a big issue.

“It was nice, it was more of a spectacle, they put on a good show, including the fireworks at the end.

“It was great, the only thing it missed, and I've told the powers-that-be, was a big Ferris wheel like Spa or the Le Mans 24 Hour!”

Nissan Motorsport’s Rick Kelly grabbed the most attention during the intros by riding out on a Honda monkey bike. 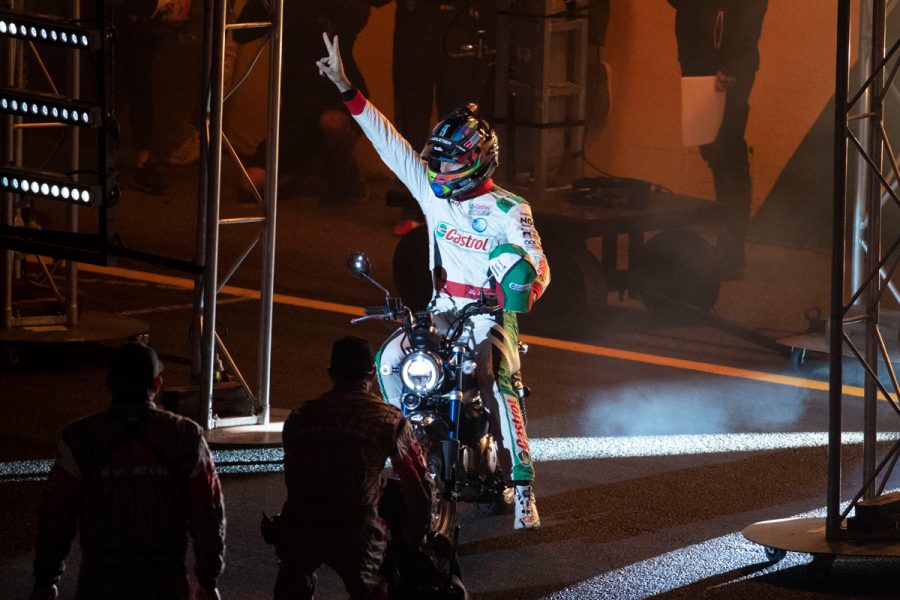 “They (Supercars) wanted me to do something, but I'm a spur of the moment person. I stuffed up,” he said.

“What should I do? Rick rode a bike out, how do I beat that? In the drivers’ briefing I said I'd come out naked… then I decided against it.

“But it's a good thing, it creates atmosphere and that's what we want. It was like a stadium show, it was cool. It's a lot of effort, but I like these events.”

Race winner Shane van Gisbergen was also impressed with the show, albeit disappointed that post-race procedures required him to come to pitlane. 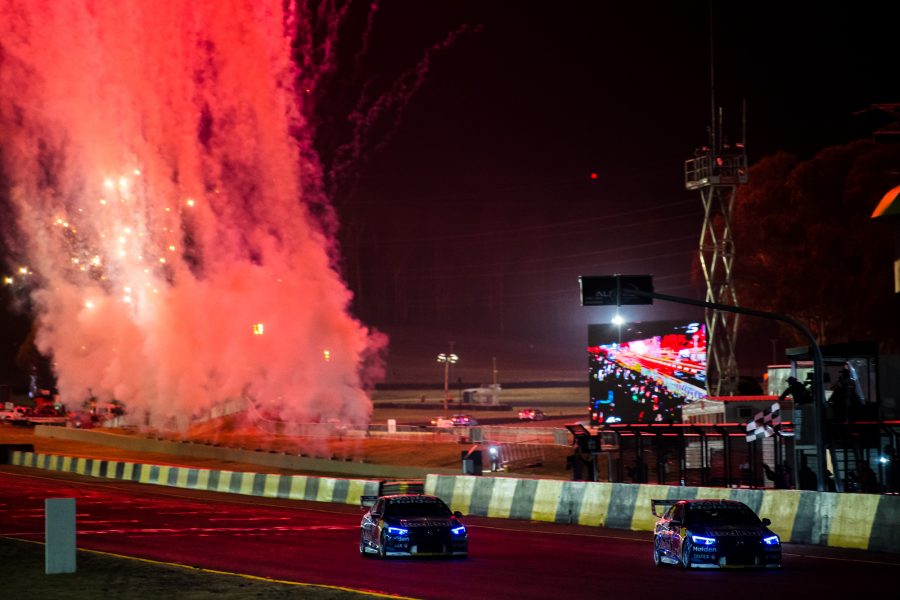 “The driver countdown, starting the motor at the same time, all that stuff was cool,” he said.

“But then for the show they wouldn't let me do a skid in front of the grandstand, so that was a bit of a downer for me.”

Supercars' CEO Sean Seamer has already indicated that Sydney will again be a night race next year, with the format also a possibility to be transported to other events.

07/08/2018
Stay In The Know
Sign up to the Repco Supercars Championship Newsletter
We use cookies to ensure that we give you the best experience on our website. If you continue to use this site we will assume that you are happy with it.Ok