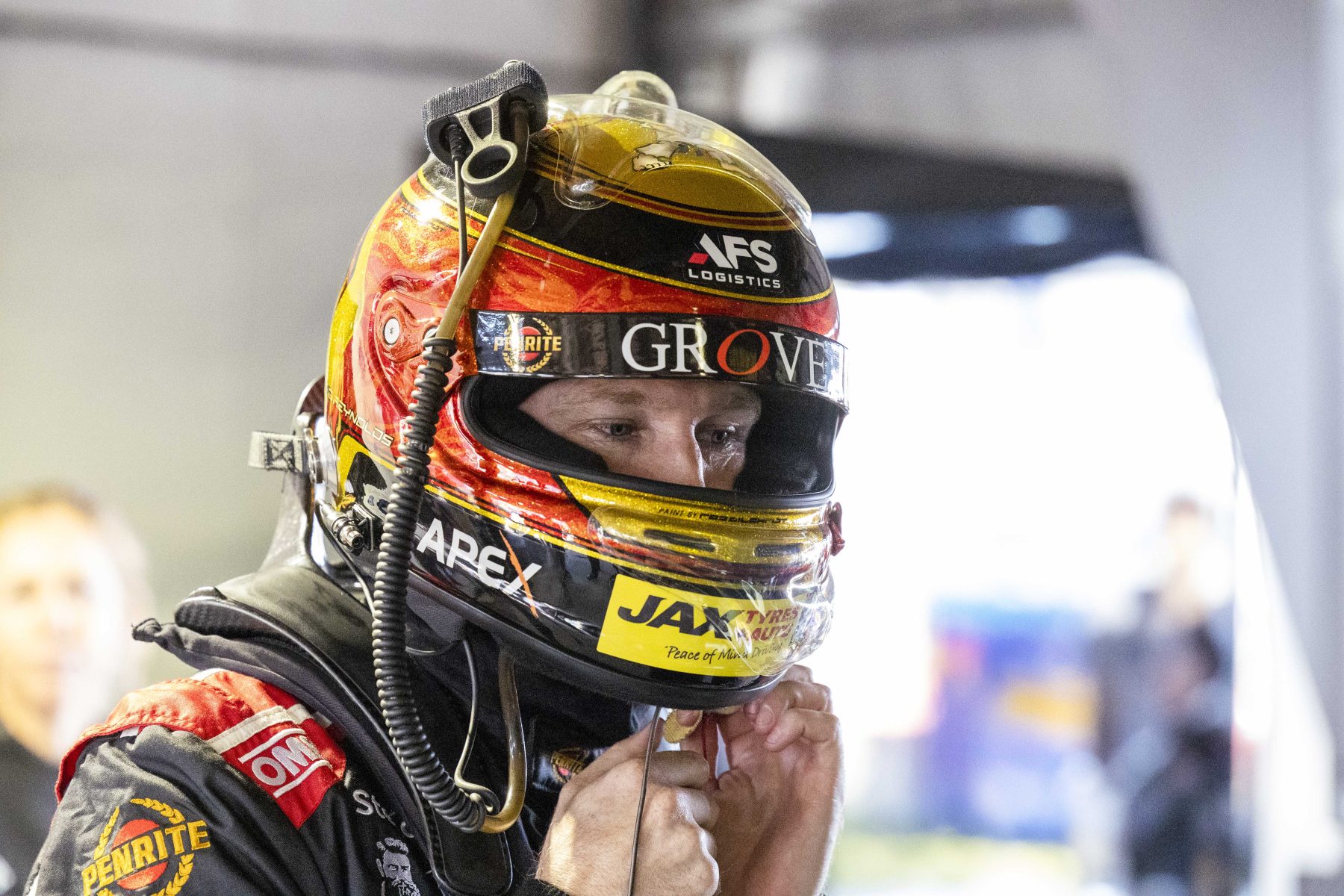 A slick track, cool temperatures and the Super Soft tyre made David Reynolds' Penrite Mustang feel like "an absolute jet" in Winton practice.

Predictions the new compound and the cold weather would result in quicker lap times proved accurate.

It was nearly lowered in Practice 1; as drivers struggled to warm up their tyres, Reynolds clocked a 1:18.831s on his third tour.

The Penrite Racing driver's efforts stood as the benchmark for most of the session before Will Brown clocked a 1:18.720s.

The mercury rose by 10 degrees for Practice 2, with a majority of the field using the opportunity to simulate qualifying runs on fresh tyres.

"Ah mate, just doing a bit of sandbagging out there," Reynolds joked.

"No, not really, in practice, we had two sets of greens, so we ran one standard one a bit more optimistic and was probably a bit too optimistic.

"It [the car] was unreal. We had a really good test day about a week and a half ago.

"So basically, we rolled out really, really fast, and every time they tried something we went slower.

"So, we went back to how we rolled out for the test day, and the car's an absolute jet, the boys have put a lot of work in this year, and it's paying off."

Teammate Lee Holdsworth added: "[I am] very happy. We had a test day here last week, so our aim was to unlock some tools.

"I didn't really understand the car before last week, so I feel like I got a better read on what it does what and I think we'll put it into play this weekend.

"We've had a good race car, but just haven't been starting up the front, so it's been hard work. But yeah, hopefully, we start a bit further up."

Chaz Mostert said the conditions were "tricky" with the tyre warming issues proving a challenge throughout the field.

"It's going to be tricky," Mostert said of qualifying.

"I mean, it's pretty easy in practice to get the tyre on, because you can dictate your own speed.

"But you notice when everyone goes out to warm up their tyres, everyone wants to go around at 40km an hour.

"I don't understand how they build heat in their tyres at that speed, so we'll have to work out what we're going to do as a team.”

Tickford Racing’s Cam Waters slipped back to sixth in Practice 2 after recording the third-fastest time in the opening session.

"It was a little bit different," Waters said of the second session.

"I think we made the car better, but the track was probably a bit slower.

"Our car was definitely better in that session, which was good, but we still need to find a couple of little things."

Early pace-setter Brown said he was comfortable in the conditions, but admitted he struggled on the fresher tyre.

"It's feeling good," Brown said of the Winton surface.

"I just didn't maximise my greens and I didn't go any faster on a green set where a lot of guys obviously did, so I’ve just got to get that right.

"Not make any mistakes and I'm sure we've got a top-five or top three car."

Cars will return for three-part ARMOR ALL Qualifying at 1:05pm local time.

Tickford: We have to channel frustration into results