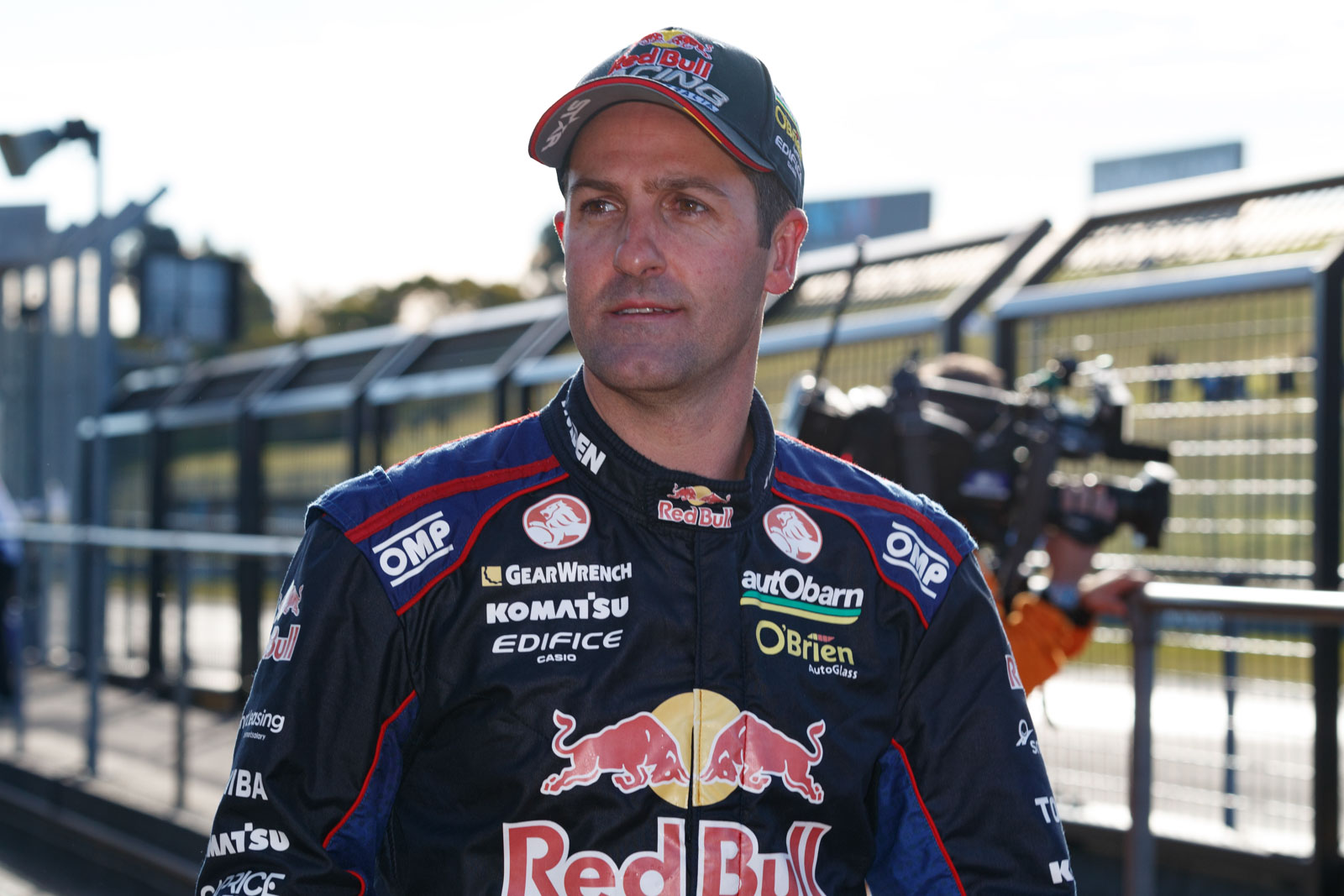 "I'm just a racing driver just trying to go out there and do the best I can."

That’s Jamie Whincup, yet again understating an achievement; this time the prospect of becoming only the second driver in the history of Australian tin-top racing to reach 100 wins.

His post-race press conferences often happen in a parallel universe; he’ll recount how his apparent dominance has been a deception, where a lights-to-flag victory has been luckily scored against the odds in a car that still needs to be “tuned up” if he is to have any hope of competitiveness against clearly faster opposition tomorrow.

Yep, just a battling bloke from the Melbourne ’burbs trying to humbly eke out a living in a profession he goes okay at.

As a private person who doesn’t like too much of his life and self being on display, maybe Whincup uses this bland cover to deflect too much probing from the media. Clearly it’s confected because he can be blunt, very honest and extremely perceptive in one-on-one conversation.

But there’s also self-motivation mixed in here. Whincup thrives on the belief he is on the defensive, that he is the underdog and he and the people who work with him have to find another gear if they are to win yet another fight against the odds.

That surely dates back to his early days in racing on a tight budget and then his beginnings in Supercars, where he failed dismally at Garry Rogers Motorsport and afterwards spent a year in the wilderness. It was then he faced the fork in the road of his life; whether to pursue motor racing as a career or work at his father’s printing business.

He chose racing and joined with Roland Dane and Triple Eight in 2006. Together they have gone on to form the greatest motorsport partnership this country has ever seen. All 100 wins, all six titles, all four Bathurst have come together. Whincup has seen off iconic team-mate Craig Lowndes in the process of becoming our greatest touring car driver.

The Gold Coast domiciled Victorian, now 33, is fanatically committed to performing at an elite level. No-one works harder at extracting pace from his car, no-one applies themselves more rigorously to the disciplines required on and off-track to being a multiple champion in a rough, tough and ever-more competitive motor racing category.

The hallmarks of Whincup’s driving have been a mastery of the hard tyre, an awesome ability to nail a qualifying lap and then drive astonishingly fast lap after lap to break the hearts of opposition in races.

His record now is so formidable even those people who do not like him – either in the paddock or over the fence in the outer – can’t help but admire him. Years of excellence demand it.

And yet, to dismiss him as robotic would be an atrociously shallow call. He is not an accumulator. He may have tallied up points at an incredible pace but he always insists he is there to win.

We have seen that most obviously in those two astonishing Bathursts in 2014 and 2015 when he disobeyed team instructions and stayed out on the race track, preferring to take the long odds of a miracle win against an assured finish back in the pack.

We have also watched the ructions of 2015 when his long-time engineer Mark Dutton was temporarily slid back into place because Whincup felt he and David Cauchi were not extracting the best from the Red Bull Commodore, even though they won the championship together in 2014.

This year, he has shown that will to win is still very much there, never more clearly than when he twice ran off the road at Phillip Island trying to attack Scott McLaughlin’s faster Volvo. So there is a certain irony in the fact he leads the championship on consistency, sitting behind new team-mate Shane van Gisbergen on wins.

Whincup himself will tell you he faces no tougher challenge to win the championship this year than he has any other year. To him, saying otherwise would disrespect the past battles fought, occasionally lost and mostly won.

The closest he got to admitting what we all really know – that the battle gets tougher every year – was is a recent television interview: “The championship is so unbelievably close these days just to win one race is extremely hard work.”

He certainly knows all about what ‘hard work’ really means. Clearly at times that takes its toll. The first time he went on the record talking about retiring he was only 26 years old and had won only two championships. He was at it again at the end of last season, dangling the suggestion he could finish up when his current contract expires at the end of 2018.

He will be only 35, one year older than arch-rival Mark Winterbottom was when he won his title first in 2015.

Before then he will have assuredly added many more wins to the significant tally he has reached today.

Craig Lowndes by the numbers