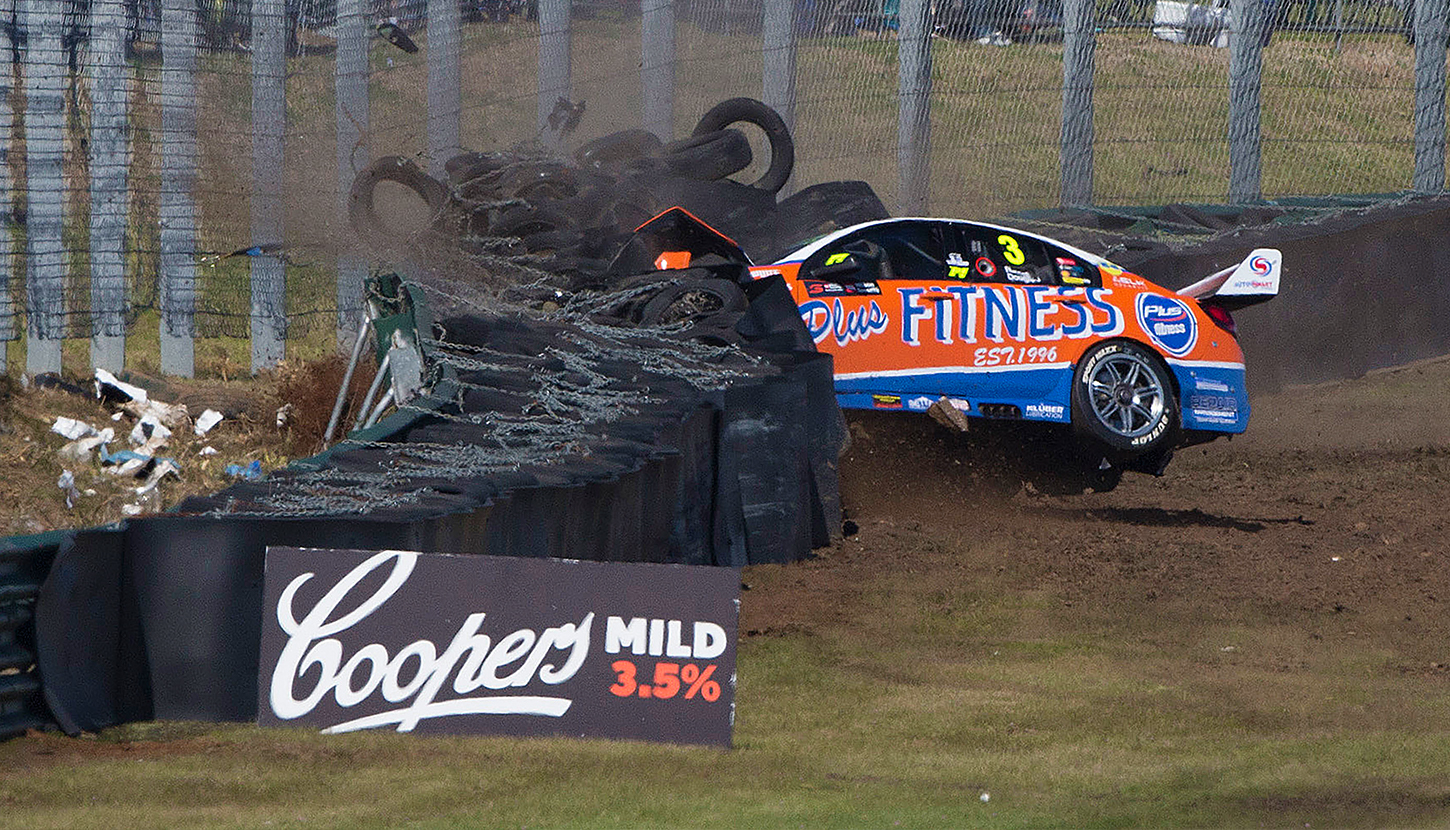 Taz Douglas believes his Lucas Dumbrell Motorsport Commodore could have been repaired for a race on the same day, despite his accident on the first lap of the Wilson Security Sandown 500.

Douglas crashed at Turn 6 on the first lap of Sunday’s PIRTEK Enduro Cup opener, having picked up a puncture in the pack through the opening corners.

While other cars were extensively damaged at the 260km/h kink over the weekend, Douglas says he and the #3 LDM Commodore he was sharing with Aaren Russell got off relatively lightly.

The car is set to return to the track for a ride day at Sandown next week, ahead of the Supercheap Auto Bathurst 1000.

“Physically I’m fine,” Douglas told Supercars.com. “You cop hits like that playing footy every week. No stress with the impact.

“The wall did a fairly good job and the car’s actually not that bad. Had we been racing again later that day, another race later on, it could’ve been fixed.

“You just feel disappointed and gutted for the team and especially Aaren. It was the first lap, he didn’t even get to have a drive.

“We’re not in the championship, we’re just doing it because we love racing. To go out on the first lap, it’s just one of those things that can happen, like [James] Golding last year.

“I copped a few hits in the first couple of corners, but you could cop a hundred hits like that and not puncture the tyre.

“You cop half a hit and it punctures the tyre, it’s a bit unlucky.” 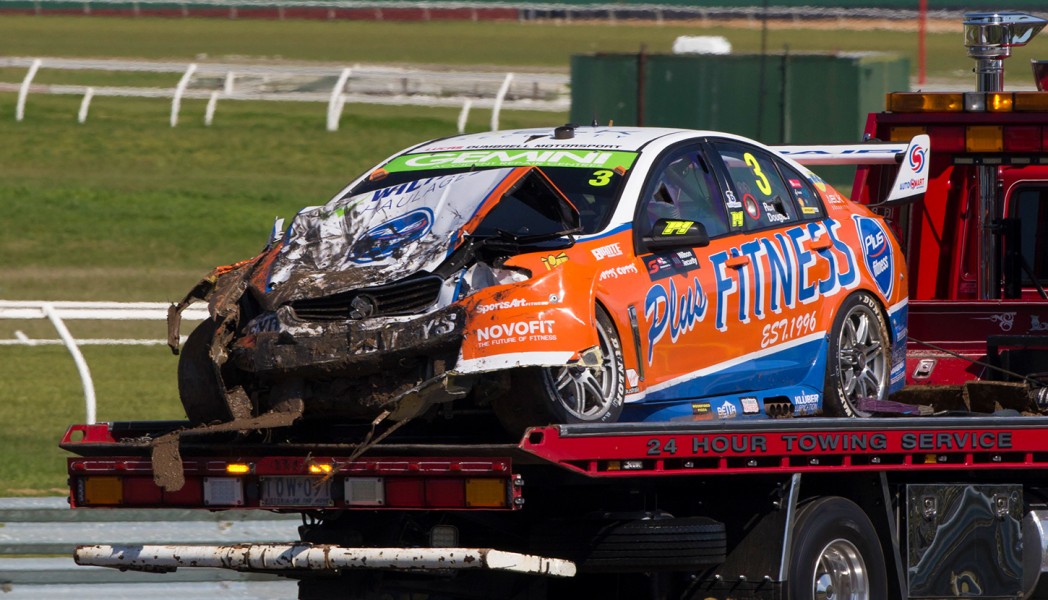 Douglas believes the pivotal contact came at Turn 2 against the Brad Jones Racing Commodore started by Ash Walsh, as Shane van Gisbergen looked down the inside of the pair.

“Going into Turn 2, van Gisbergen came up the inside of me and kind of pushed me across and I hit Walshy as I was turning,” he said.

“We did touch again [at Turn 3] but that was more front impact, it wasn’t really a tyre one. I don’t think anything would’ve happened there.

“I was in that bad spot of P15-20, I got a reasonable start, van Giz started behind me and I was still in-front of him, so I got a decent start.

“I was just trying to get through it.”

The Victorian missed last year’s Bathurst 1000, having finished second with James Moffat in a Nissan in 2014, and said he’s simply looking forward to getting some dry running after the inclement and shortened Sandown weekend.

“Hopefully I can just get out there and do some dry laps,” he said.

“All of our co-driver practice was wet, other than two laps at the start of the first one.

“I didn’t qualify the car, in my sprint race [Jonathon] Webby took me out on lap one, I did about 10 laps in the warm-up, then it was the race.

“I’m looking forward to getting some laps in.”