Don’t write off Tander for title 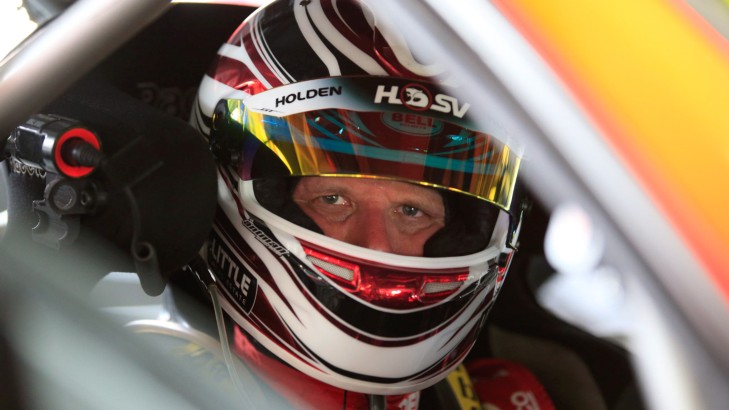 He'd prefer to fly under the radar, but rest assured Garth Tander is more motivated than ever to win a second V8 Supercars Championship.

While plenty of pre-season analysis has identified James Courtney as one of the key competitors able to topple Jamie Whincup - as his did in 2010 - Tander was the one who kept Whincup from the title in 2007 by just two points.

But while some have talked up their stocks, the Holden Racing Team star has deliberately kept a low profile coming into the 2015 season.

"That's intentional from my part," Tander told v8supercars.com.au when asked why he hasn't been mooted one of the key challengers this season.

"The team has been working hard and coming into Clipsal I was really comfortable and confident of the work we have done over the break.

"Even at the test we knew we weren't going to shine because we were working through a program - so I was confident with everything that was happening within the team but I didn't need to tell everyone about it."

While the focus was on Courtney's Sunday win in Adelaide after a closely-fought battle with Shane van Gisbergen, Tander sailed home third - where he finds himself in the Championship, four points behind Fabian Coulthard and 21 adrift of his leading teammate.

"So as we continue to build the team and build the tools we need to do the job, I'm really happy with where we're at.

"Like I said, I don't need to read about myself in the press or anything like that."

Team boss Adrian Burgess is certain both drivers have the ability to challenge for the championship this year - though admits it is early in the season to attach too much weight to the drivers' championship positions in first and third.

"That's why they're driving for the Holden Racing Team, because they're champion drivers - James got the better of it [at Clipsal] but Garth's every bit as good," Burgess told v8supercars.com.au.

"This is day one, it's a long way to go but clearly we know what our goals are in life and we know what we want to achieve this year."

While Tander only earned one race win last year in Townsville, he was on-track for P1 finishes at Phillip Island, before running out of fuel seconds before the finish line, and slipping off the soaked track in Sydney while in the lead at the final event of the year,seconds before the Safety Car was called.

Tander has finished top 10 in the championship every year since 2005, and upcoming round Tasmania was reasonably positive for the team last year with Courtney on the podium, and car #2 qualifying up front and earning two top 10 finishes.

However, the following round Winton was not - and improving at tracks HRT hasn't been strong is essential if both Tander and Courtney are to push Red Bull for the title.

"That's the challenge now, making sure we're consistent all the time," Tander said.

"That's the challenge for us - it's still, even for me, a learning process because the cars are different from anything we've had in the past.

"Whilst they're fast they require a certain way to drive the car and for me, still learning what it needs fully, so it's part of the process."

Much focus has been on HRT's 'rebuilding' phase - but Courtney and team owner Ryan Walkinshaw promised the team would be on the money for this season, particularly after such a good start.

Tander agreed the expectation was to keep racking up the points and be there come December, with no excuses this time around.

"As I said, the team's working really well so we fully expect when we go to the next event we'll be strong and continue to be strong - as long as strong is good enough to get the job done."