Championship leader Scott McLaughlin extended his Supercars winning run to three-straight, taking out the opening leg of the Perth SuperSprint.

The Shell V-Power Racing driver essentially led the 50-lap race from start to finish, a fortnight after taking a double at Phillip Island, leading home Mark Winterbottom by 5.6016 seconds.

Winterbottom and Shane van Gisbergen charged to the Barbagallo podium in the closing stages, the pair the last to make a single pitstop for tyres.

Polesitter McLaughlin got the jump off the line, as Cameron Waters got bogged down and fell from second to fourth, losing places to Fabian Coulthard and Winterbottom.

He pulled away from the three Fords behind him, as Winterbottom applied pressure to Coulthard, and Tim Slade replaced Waters in the group.

By the time McLaughlin pitted at the end of lap 19, he led by seven seconds, with earlier stops for Chaz Mostert and Jamie Whincup trimming that to four by the end of the sequence.

Mostert was heading into pitlane for a second stop on lap 33 when he was tagged by Whincup, who was among those to opt for a two-stop strategy on the high degradation circuit.

That meant that McLaughlin’s advantage was back at seven seconds with 10 laps remaining, over Slade.

The order behind him changed significantly thereafter, but there was no stopping McLaughlin, who took his 2018 victory tally to four.

“At the start we wanted to gap them a little bit. We felt our car was strong enough,” McLaughlin said.

“Obviously then they attacked and tried to undercut us, but we managed to stay out and then I knew I had the tyre pace at the end.

“I just had the gap. It’s nice when you had those, they don’t come around often so I’ll enjoy it.” 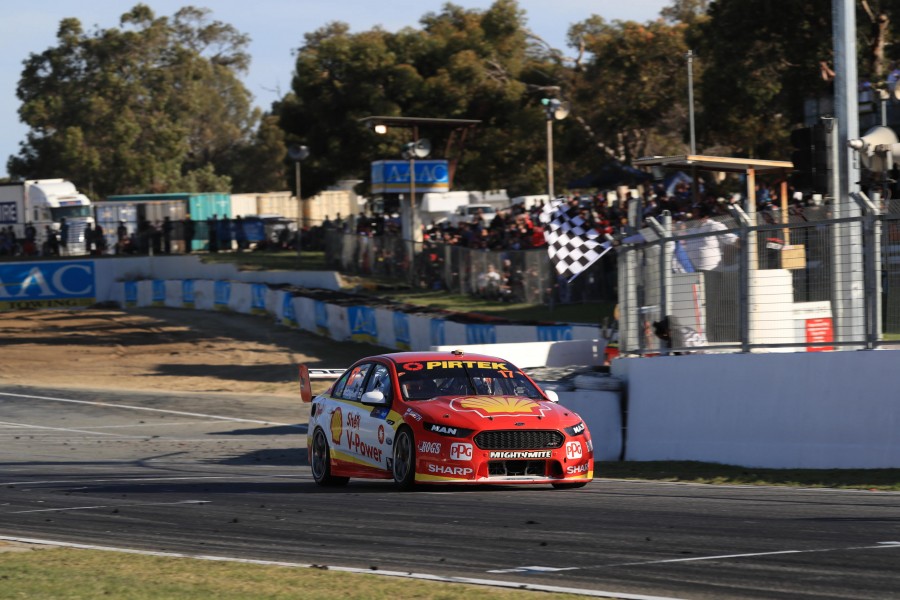 Winterbottom and van Gisbergen - battling radio problems - were the last two drivers to stop for the first time, running out in the lead until lap 29 and 30.

They rejoined deep in the pack, in 17th and 19th; Winterbottom 27s behind McLaughlin and van Gisbergen 32s in arrears.

That strategy gave both drivers considerably fresher tyres, though, and they put them to good use to carve their way back through the pack.

After passing Craig Lowndes and Waters on the same lap, Winterbottom was back up to third place with four laps to go.

Winterbottom passed Slade the next time around into Turn 6 to take second, Tickford Racing’s first podium of the season.

“I’m really proud of the team,” he said.

“Where we’ve been to how good the car felt then, we’re not driving any different, it’s all the hard work they’ve done. To get back on the podium is fantastic.”

Van Gisbergen, who started 12th, completed his charge with an identical move on Slade at Kolb Corner on the final lap.

“It was hard to work out what was going on in the race there, with cars on different strategies, but it was pretty awesome coming through at the end,” he said.

“It’s going to be hard to catch those Dick Johnson guys, they’re pretty quick, but we’ll have a crack tomorrow.” 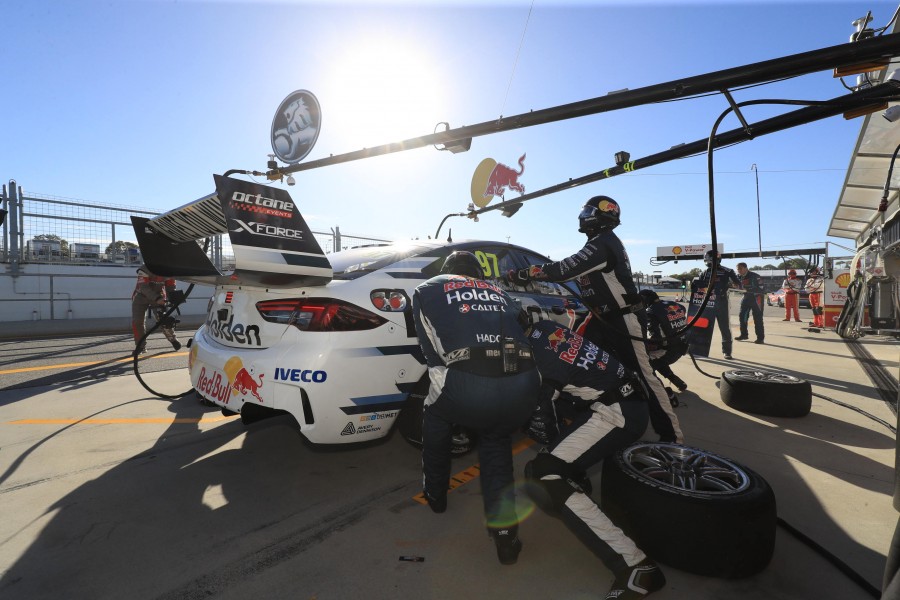 Slade had to settle for fourth ahead of Lowndes, while Whincup sliced through the field from outside the top 20 to cross the line in sixth after his second stop for fresh tyres.

Whincup, though, had been handed a five-second penalty for the contact with Mostert, which dropped him to 11th, incidentally right behind the Tickford Falcon.

That penalty handed Waters, Will Davison, Coulthard - who lost time with a slow stop - and Nick Percat sixth through to ninth in the results.

Rick Kelly was among the first drivers to pit, doing so on lap 16, having started last after engine problems in ARMOR ALL Qualifying necessitated a change.

The Nissan driver sat seventh with 12 laps to go, but had no answer for those on better rubber and fell to 14th.

Erebus Motorsport had a miserable afternoon from Reynolds and Anton De Pasquale starting seventh and ninth.

They finished 17th and 18th, Reynolds after a slow pitstop and De Pasquale having served a 10-second penalty for a startline infringement.

Richie Stanaway and Lee Holdsworth came together at Turn 1 mid-race, the Preston Hire Racing Commodore fired through the sand, with the pair ultimately finishing 23rd and 24th.