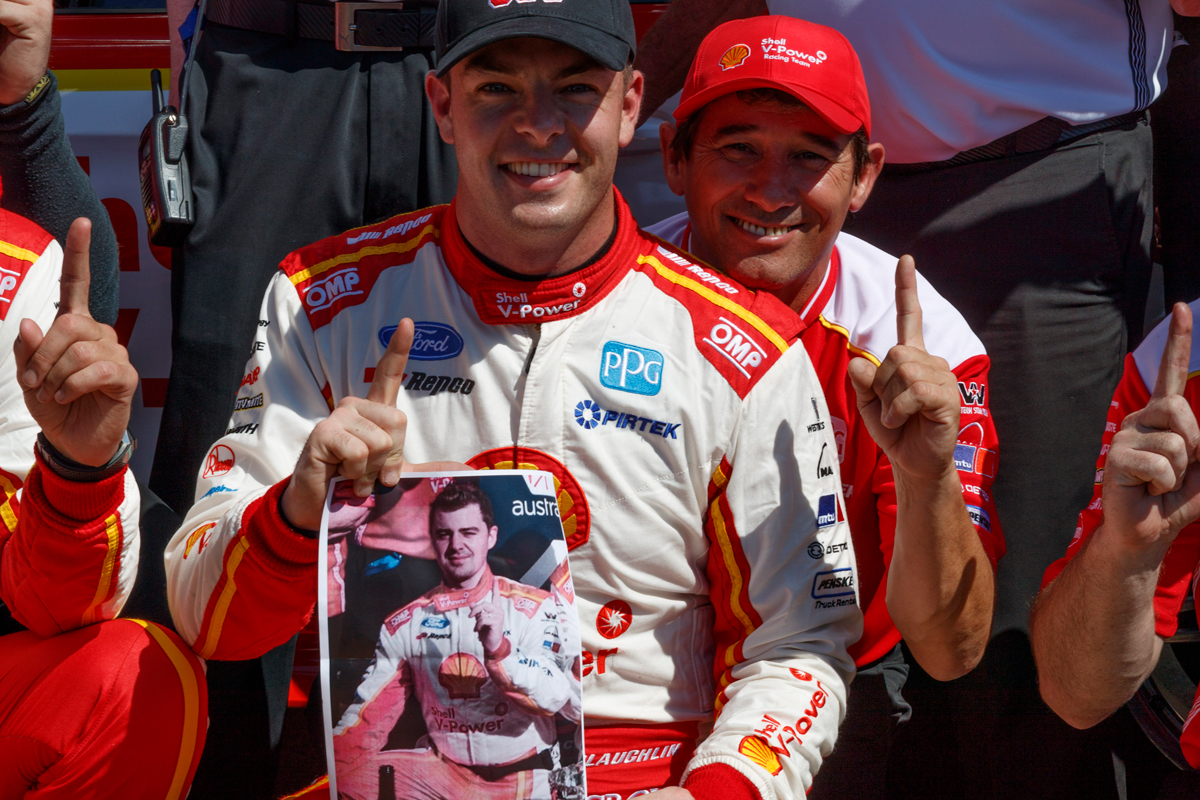 Scott McLaughlin dedicated his victory in the Hidden Valley opener to engineer Richard Harris, who flew home this morning following the death of his father.

Harris is the data engineer on the #17 Shell Mustang, working closely with lead engineer and team competition director Ludo Lacroix.

In a stepping-stone to eventually taking the lead role, Harris has been more prominent this year, taking over in-race radio duties from the Frenchman.

However, Harris departed Darwin for his native United Kingdom in the early hours of Saturday, following the overnight passing of his father, David.

The team’s race strategist, Brad Eyes stepped into the data engineer role for practice and qualifying, before returning to his regular duties for the race.

Workshop-based damper specialist Matthew Garlan flew to Darwin from Brisbane in time for the 42-lap contest, stepping into the data role, but leaving the radio to Lacroix. 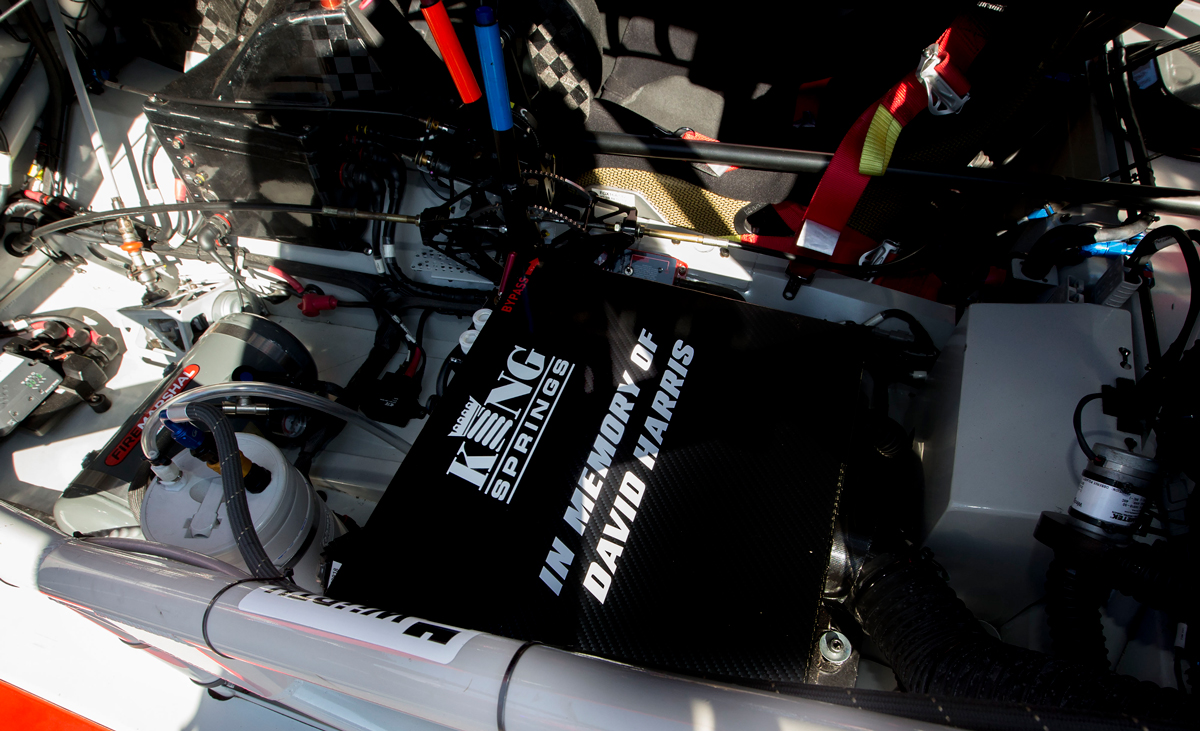 “We had to rejig a few things,” affirmed McLaughlin after scoring his 10th ARMOR ALL Pole and 11th win of the campaign.

“[The team] did an incredible job again today. It was a bit weird having Ludo back on the radio, but we all pulled together and got it done.”

Harris moved to Australia in 2012, spending two-year stints at Kelly Racing and Erebus Motorsport before joining DJRTP at the start of ’16.

“He’s a great rooster. We call him Puppy because he’s Ludo’s pup, and he’s a really thorough engineer,” said McLaughlin.

“We definitely miss him, [but] we’ve got some great guys to look after all those sorts of things.

“Obviously he’s on the radio, so the race was my first time with Ludo on the cans all year. I sort of had to learn a bit of that ‘Fringlish’ that he had, but it’s all good.

“The main thing is that he is back with his family, and paying his farewells to his old man.” 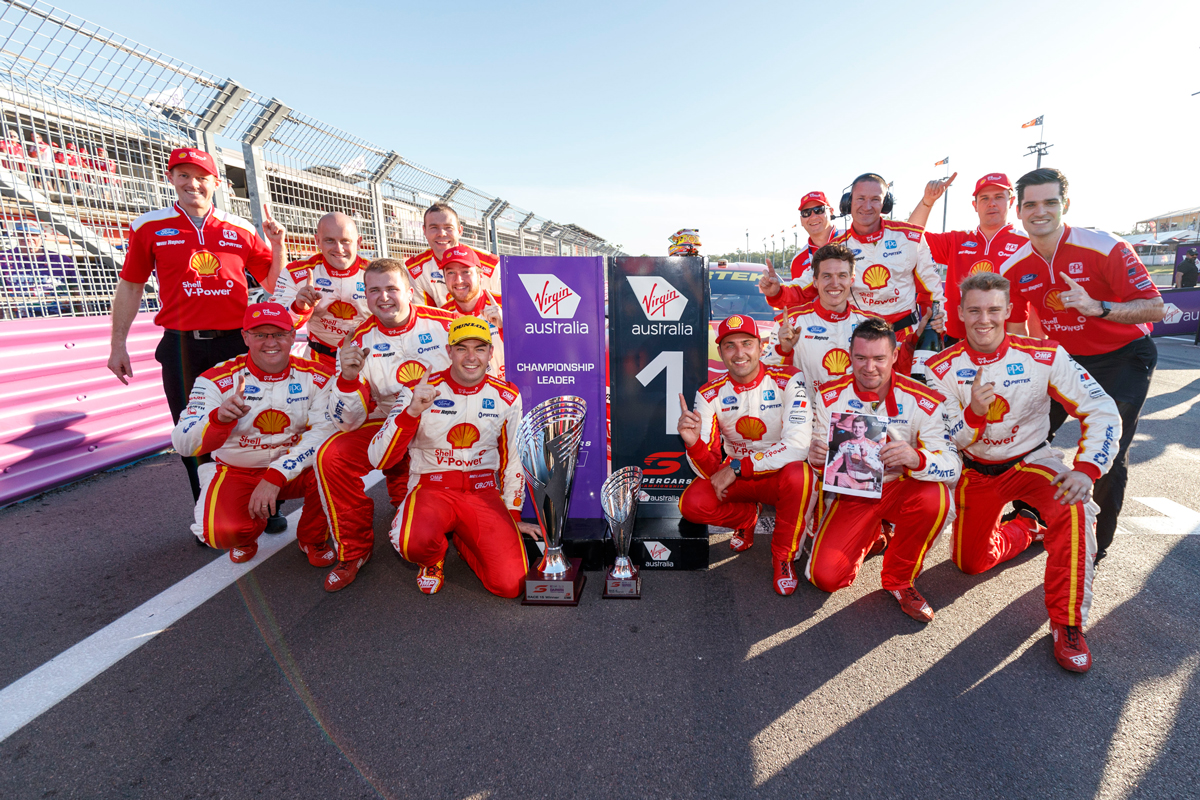 McLaughlin’s win is the first piece of the much-vaunted Darwin Triple Crown, with an ARMOR ALL Pole and Sunday race win required to become the first driver to win it.

“I think we've got the right sort of car to do it,” he said of the prospect of taking the honour, which was introduced in 2006.

“You need a lot of things to go your way. I think everyone is obviously going to come back with a stronger car tomorrow.

“We've got to make our car better. We’re going to have to knuckle down and work things out and see if we can come back stronger tomorrow.”