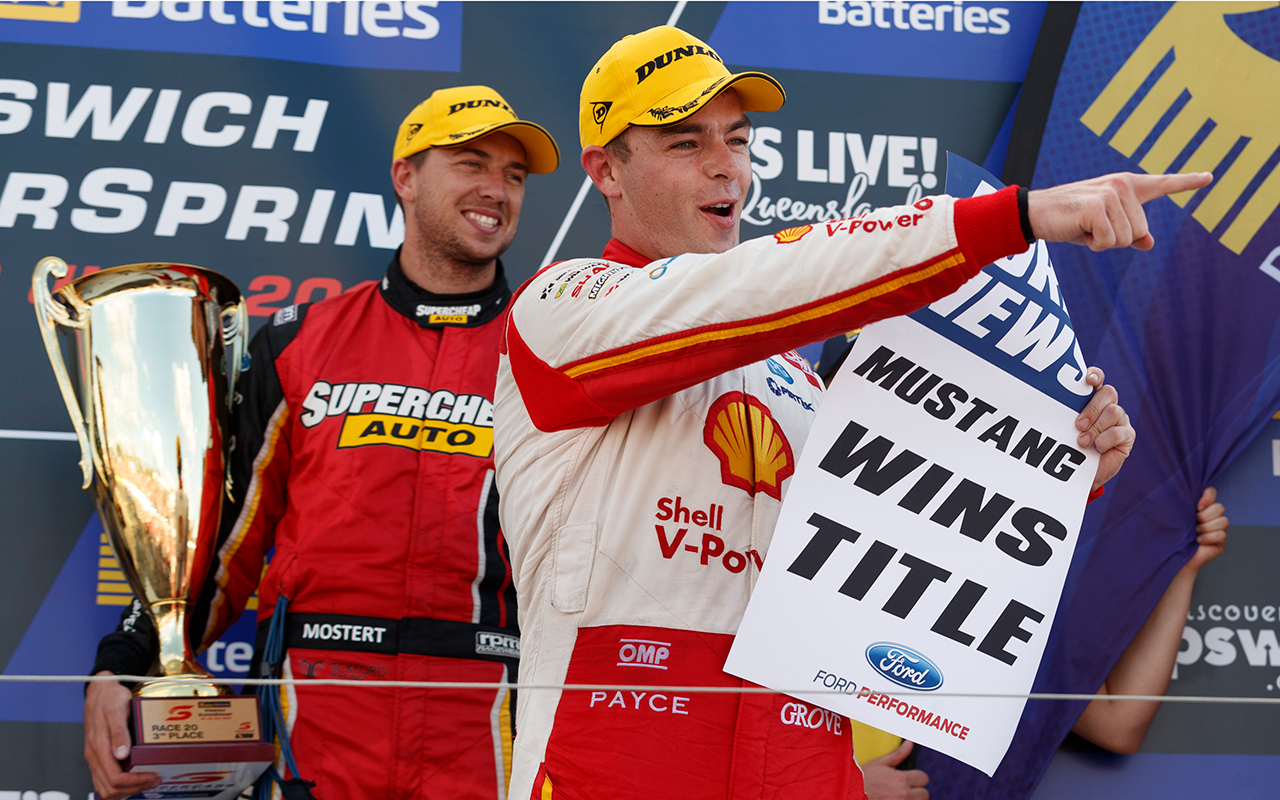 Shell V-Power Racing is giving Supercars fans the chance to own a copy of the poster that proved so costly at Queensland Raceway on Sunday.

Scott McLaughlin won the second leg of the Century Batteries Ipswich SuperSprint, which sealed the 2019 manufacturers' championship for Ford.

McLaughlin took a commemorative Ford poster onto the podium and was fined $10,000 for breaching restrictions on promotional material, accompanying a $3,000 sanction for his post-race burnout.

The squad is now offering A2 replicas of the poster for pre-sale, with proceeds going to children's cancer charity Camp Quality.

"We have been overwhelmed by the support we have received on social media from Sunday’s race and the aftermath," DJRTP managing director Ryan Story said.

"Thanks to Ford we are able to make this now infamous poster available to all our supporters, with all proceeds going to a worthy cause.

"There are few worthier causes in my mind than Camp Quality and the great work they do in the community.

"The enormity of the project and the work that went into the development of Mustang between the Shell V-Power Racing Team, Tickford, Ford Australia and Ford Performance makes securing the 2019 Virgin Australia Supercars Manufacturers title all the more satisfying.

"Make no mistake, we have unfinished business in 2019 and really look forward to the start of the PIRTEK Enduro Cup – we are counting down the days before we get to test again and make the trek to Bathurst!

"The podium poster will only be available for a limited time, so please join us in supporting Camp Quality." 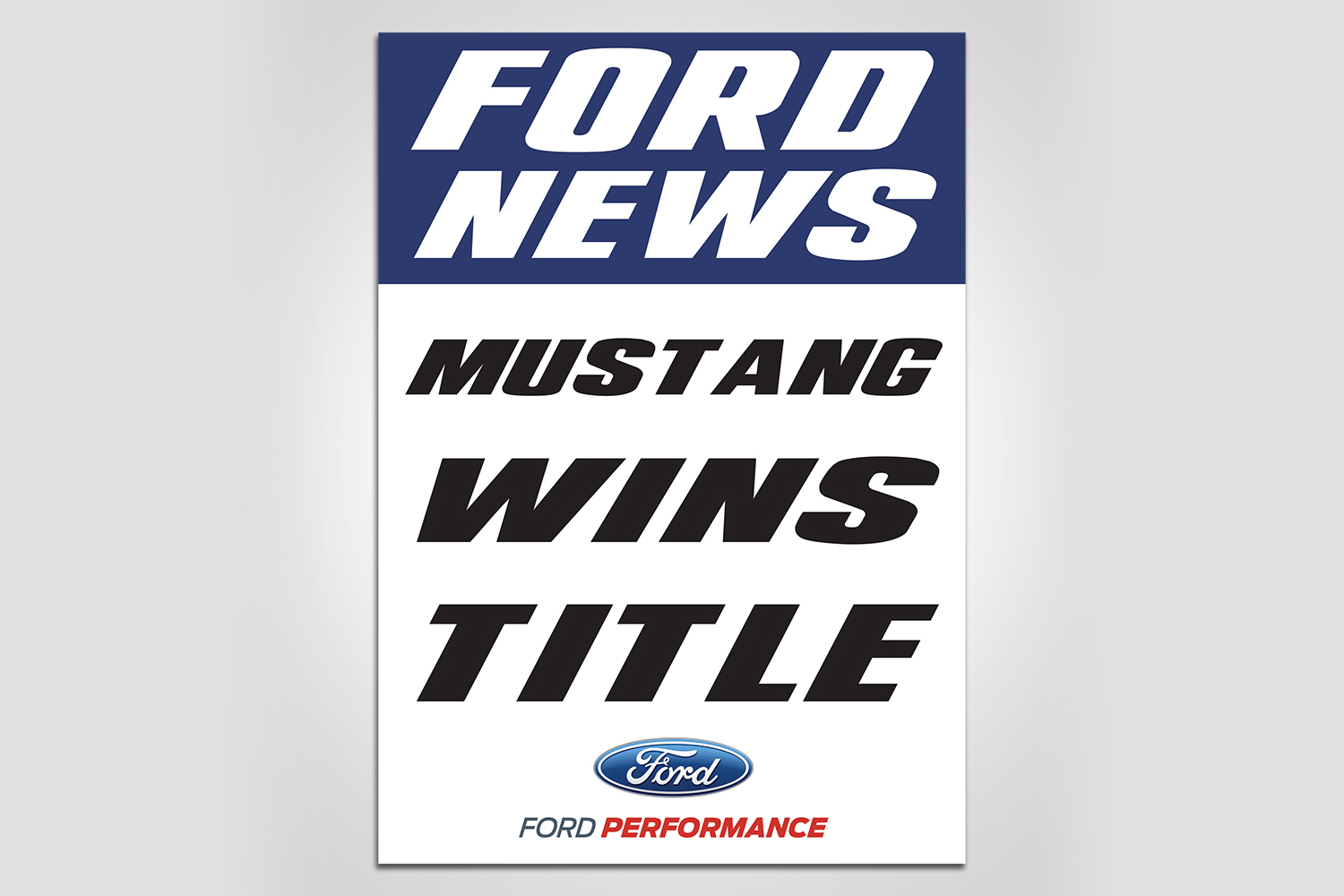 The manufacturers' title is awarded on race wins, with Ford having now claimed an unassailable 17 victories with its new-for-2019 Mustang.

McLaughlin alone has 14 of those, and leads team-mate Fabian Coulthard by 433 points in the drivers' standings.

"I always look to involve the crowd as much as I can, and in the post-race excitement on Sunday I was really pumped up," McLaughlin said.

"I did a big burnout down the front straight, and then took the poster up on the podium because I wanted to share that feeling with the crowd.

"It felt absolutely right in the moment, and after seeing the response from our sponsors and the fans at the track and on social media I’d absolutely do it again in a heartbeat.

"We’re nothing without our fans, and ultimately we’re in the entertainment business so I hope everyone enjoyed the show."

The posters can be pre-ordered here.