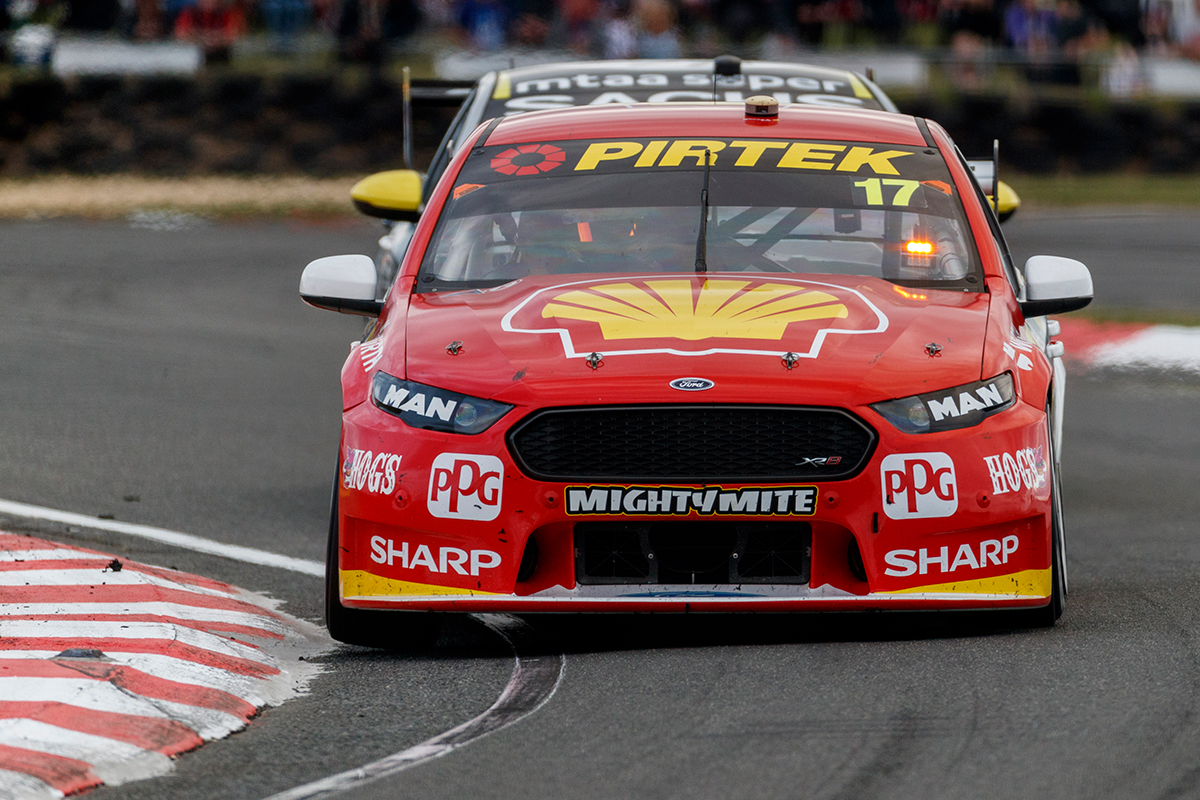 DJR Team Penske’s efforts to win this year’s Supercars title with its aging FG X Falcons will be unhindered by development work on the Mustang, says managing director Ryan Story.

The Queensland-based squad has been appointed Ford’s official homologation team for the incoming Mustang, taking over the role held by former factory squad Tickford Racing.

Led by technical director Ludo Lacroix, DJRTP will work alongside Tickford and US-based Ford Performance to deliver the Mustang for 2019.

While there is much work ahead for the project, Story says efforts to improve the FG X’s competitiveness against the new ZB Commodore in 2018 continue unabated.

The team remains well in the fight for the crown, with Scott McLaughlin just 11 points adrift of the man who denied him the 2017 title, Jamie Whincup, after three events.

DJRTP now finds itself in the position that Whincup’s Triple Eight team was in last year, fighting for a title while developing a new car for the following season.

Although the Mustang deal has only just been signed off, Story says significant planning has gone into timelines for development, easing the transition.

“We’ve spent time by way of feasibility studies conducted between all the parties about what the timeframe looks like and how to best manage it,” he told Supercars.com.

“We’re appropriately resourced to continue the train of development with Falcon to try and be as competitive as we can to see out the season the best way we can.”

Renowned aero specialist Lacroix will work closely on the Mustang package with Ford Performance, which is providing Computational Fluid Dynamics expertise to the project.

The Frenchman will not, however, be required to spend significant time in the US, meaning he can remain hands-on engineering McLaughlin’s Falcon.

“We’ve got a lot of familiarity with communicating over that 15,000km distance, so we’ll rely on modern communication techniques in the main,” explained Story.

“There may be the opportunity to do a visit, but it’s not something that’s vital to the process at this stage.”

Penske's own team in the US, however, is said to not have a direct role in the Mustang project, as it is already at capacity running its NASCAR, IndyCar and new IMSA squads.

Farewell to the Falcon 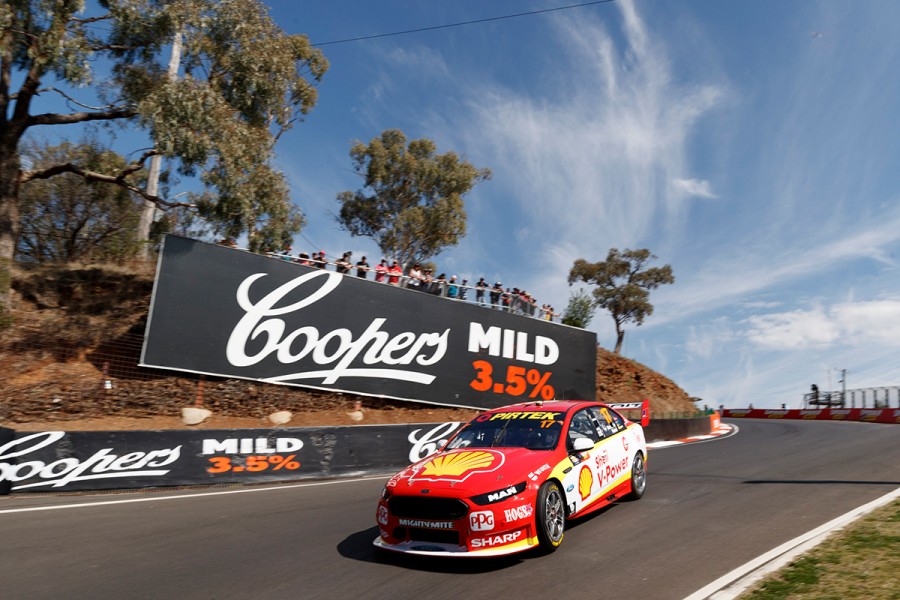 While there is significant excitement about Mustang, Tuesday’s announcement signals the final chapter in a long journey for the Falcon, which was inevitable following the end of production in 2016.

Apart from the international Group A era of 1985-92, the Falcon has been Ford’s primary weapon at Bathurst since the late 1960s and the ATCC since early the following decade.

It has won 14 Bathursts and 16 titles over that time. The current model, the FG X, won the title on debut in 2015, but is yet to score a coveted Bathurst win.

Although facing a steep challenge against the new ZB – which has only been beaten by a Ford, McLaughlin at Albert Park, once – Story says his team will do all it can to give the Falcon a winning send-off.

“I know everyone in the team wants to do the best they can, not only for our commercial partners, but all of our supporters and the Falcon itself,” he said.

“It deserves a genuinely competitive swansong.”

In addition to regular in-season development, DJRTP and Tickford rushed through lightweight, composite panels following the 2018 season opener in a bid to combat the new Holden.

Both teams are still chasing further improvements with the Falcon which, under the skin, is the same base car that was first homologated as an FG for the 2013 season.

Story says the arrival of the ZB did not trigger Ford’s green light on the long-mooted Mustang deal, but says his team was facing a re-homologation at season’s end regardless.

“We would have embarked upon a path of revisiting Falcon at the end of this year if we weren’t in the position to race Mustangs,” he said.

“That was certainly something that we would have explored and were prepared to explore.”