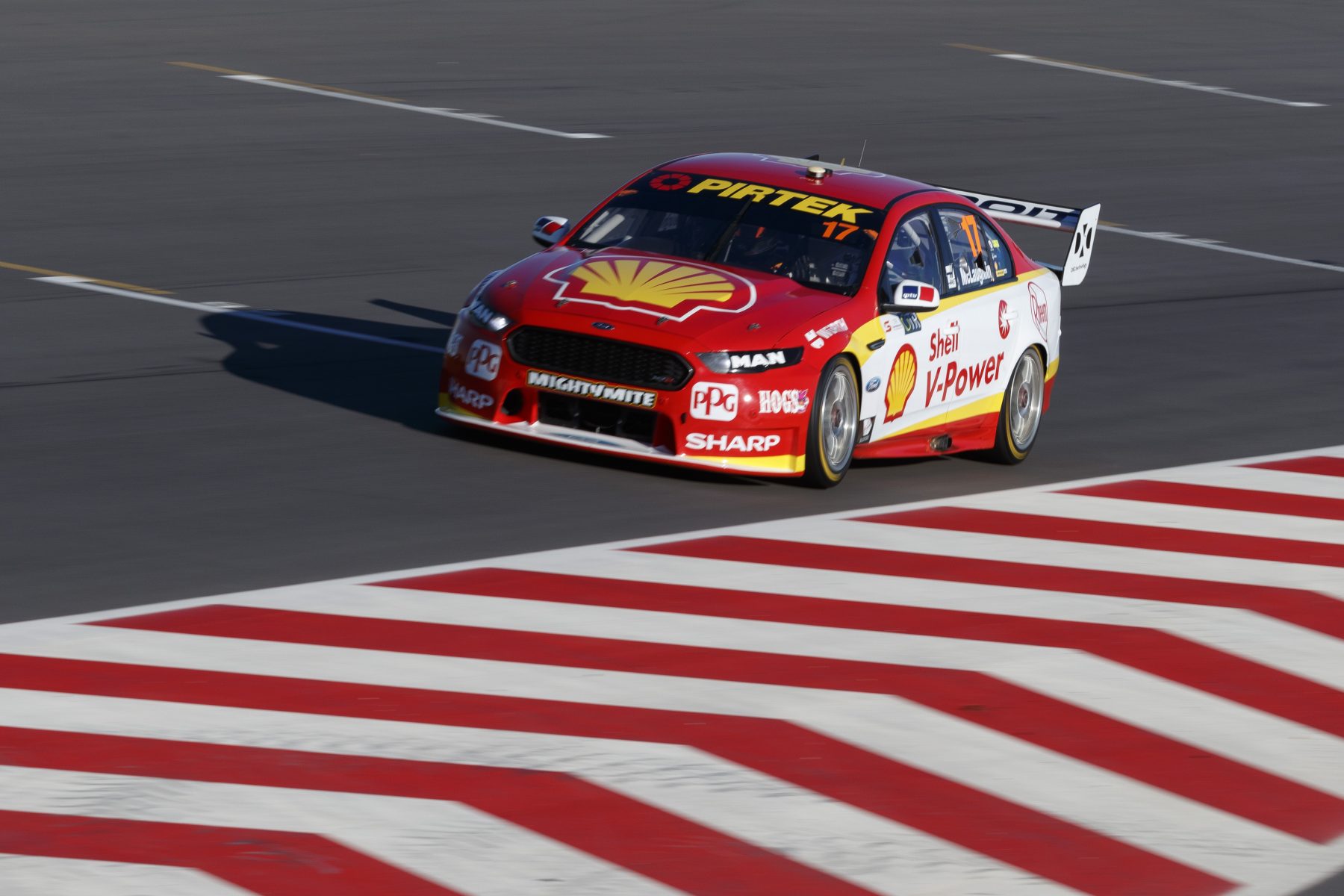 DJR Team Penske has been fined $30,000, with half suspended until the end of the year, for mistakenly fitting the incorrect drop gear into Scott McLaughlin’s car during Sunday qualifying at the OTR SuperSprint at Tailem Bend.

McLaughlin was also disqualified from the qualifying session. Stewards found the breach, which was admitted by the team, was not deliberate and did not result in any performance gain.

“We accept the penalty issued by the stewards for a technical infringement with car #17 during qualifying at the Bend, Sunday 26 August 2018,” a DJRTP statement read.

“The infringement was for use of an incorrect drop gear ratio in a replacement gearbox installed Saturday evening, which was corrected immediately once identified, before that day's race.

“This was a mistake made in error and, as acknowledged by Supercars and the stewards, in no way advantaged car #17 over its competitors.”


The Supercars Technical Department found the alleged breach of Rule C10.4.1 following the OTR SuperSprint, which was not detected during the spot check scrutineering process.

The alleged breach was discovered post-race during a routine review of ECU data taken from all cars which is analysed at and after every race meeting.

The Control M190 ECU data from Car 17 confirmed an incorrect drop gear was fitted to the transaxle for that session.

The Supercars Technical Department also confirmed the correct drop gear was used in Car 17 for Race 23.

The Supercars Sporting and Technical Director contacted the Authorised Representative of DJRTP to discuss the alleged breach.

The team advised it had changed the transaxle in Car 17 the previous evening and the replacement transaxle had an incorrect drop gear ratio.

The team then changed the drop gear to the correct ratio post qualifying.

At no point during the qualifying session or during post qualifying parc ferme did any team allege a breach or protest the results of qualifying.

As is standard procedure for technical matters and alleged breaches found away from a race meeting, it was referred to the Stewards the next time they convene, which in this case is this weekend’s Sandown 500 in Melbourne.