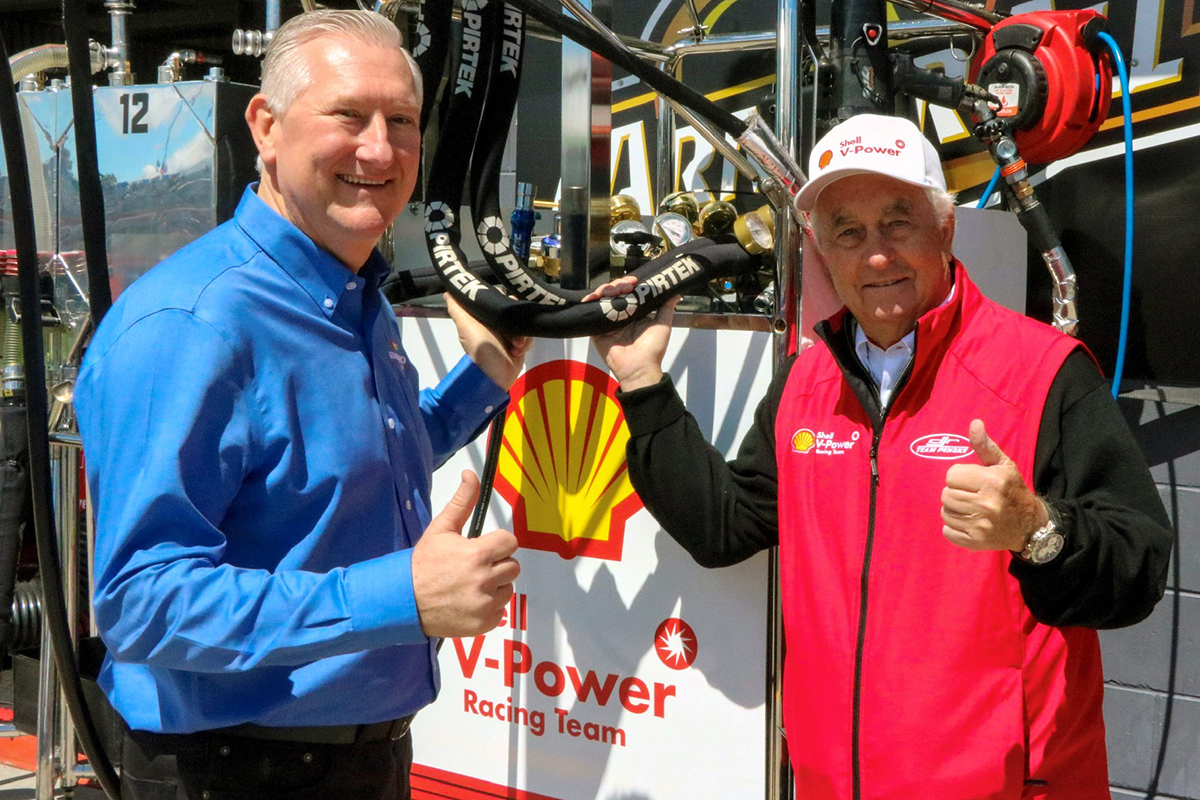 Pirtek Fluid Systems will continue as a partner of the Shell V-Power Racing Supercars squad through to 2020 at least.

The Ford outfit has announced an extension of the deal that started when Team Penske entered Supercars through Dick Johnson Racing in 2015.

Roger Penske was on hand, splitting the $20,000 grand prize with Brad Jones Racing after a tight finish.

"As we celebrate 20 years since Pirtek's first Bathurst win as a sponsor, it seems an opportune time to continue our involvement in Supercars and the fantastic relationship we have with DJR Team Penske," Pirtek CEO Stephen Dutton, above with Penske, said.

"The fact that the team won the Pirtek Pit Stop Challenge at Bathurst last week for the second year in a row is the icing on the cake.

"We wish the team all the best for the rest of the season and into the future."

The sister Shell Ford of Fabian Coulthard/Tony D'Alberto is eighth.

"Pirtek joined us as foundation partners with DJR Team Penske in 2015 and the company has grown with us and been a big part of our success in Supercars," Penske said.

"Stephen and his team have worked closely with Penske Transportation Group in Australia - along with many of our other team partners - to build very strong and productive business-to-business relationships.

"Our partnership has grown internationally as Pirtek is now also a key part of our motorsports teams in the United States."