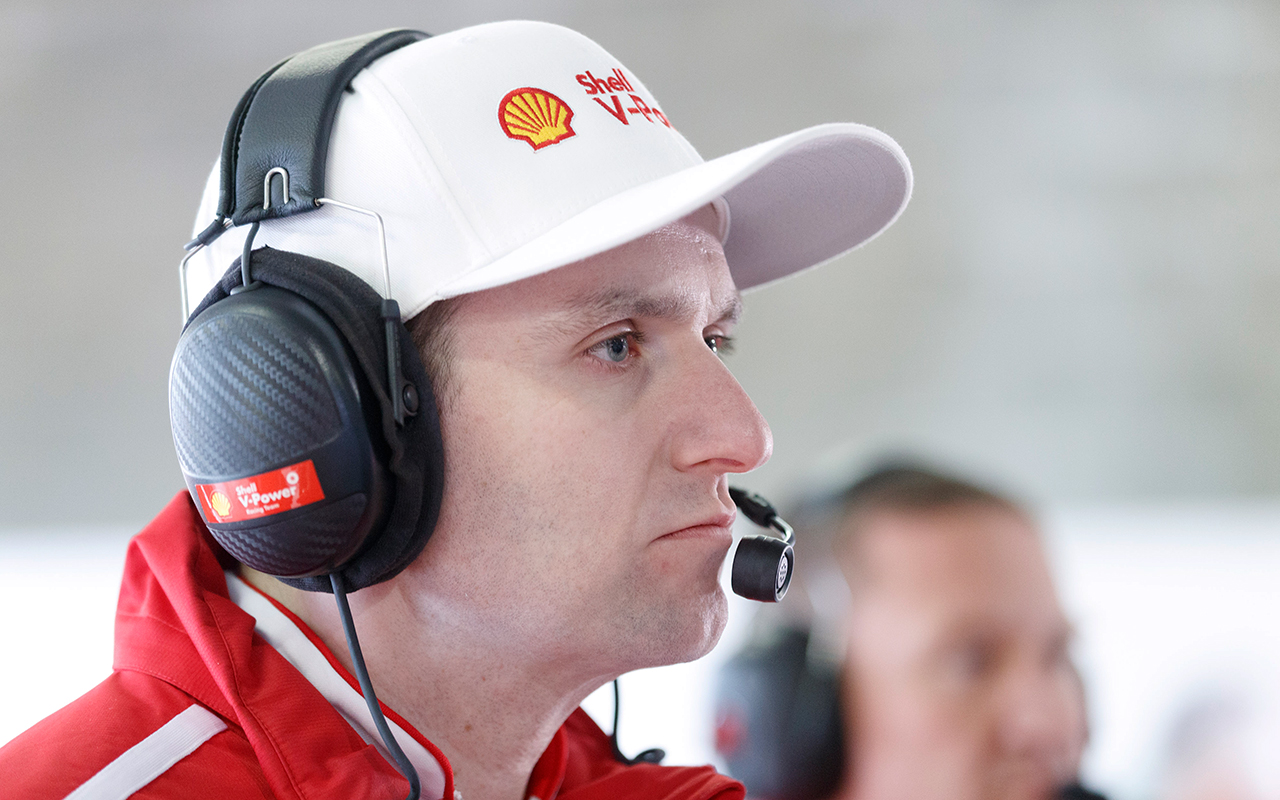 The fallout of the team’s instruction to Fabian Coulthard to back up the pack under Safety Car in the Great Race has lingered on, with teammate Scott McLaughlin/Alex Premat’s victory remaining provisional until Sunday.

Found guilty of breaking the FIA’s Obligation of Fairness regulations, the Ford outfit copped a $250,000 fine, a 300-point deduction in the teams’ championship and had Coulthard/Tony D’Alberto dumped from sixth to 21st.

Ahead of this weekend’s Vodafone Gold Coast 600, Story broke his silence on the controversy in a short interview with Supercars Trackside.

“As a team, we accepted the penalties that were issued by the stewards,” he said.

“But as team principal of DJR Team Penske and leader of the team, I accept full and complete responsibility for what happened at Bathurst.

“Moving on from that, our focus is on the races this weekend and the remaining races of the 2019 season.”

Supercars Trackside canvassed a number of opinions about the saga, with outspoken Penrite Racing team boss Barry Ryan standing by his declaration that both DJRTP cars should have been excluded.

“It’s disappointing that they can find a team guilty of doing what they did and they haven’t punished the team, they’ve only punished one car - and a slight punishment to the team, but it’s nothing,” he said.

He explained the change in approach by officials that resulted in the charge being changed from a breach of Supercars’ team orders rules to the FIA’s Obligation of Fairness.

“We needed to look at the rules that could be applied and all the talk after the race on Sunday and maybe during Sunday and in the early part of the week was around Rule D24 of the Supercars operations manual (team orders),” Stuart said.

“There’s some ambiguities around that rule and in looking at that, I determined that it would be better to charge them under the International Sporting Code Appendix B, Code of Good Conduct and in particular the Obligation of Fairness, which really covered what I felt was the breach on Sunday.”

Stuart reiterated that the #17 entry was ultimately not implicated in the findings.

“The stewards were satisfied that the actions taken by the team weren’t in relation to Car #17 and in fact the inquiry and the hearing was based on the actions of Car #12 on the perceived issues of Car #12 and why Car #12 conducted itself in that way,” he said.