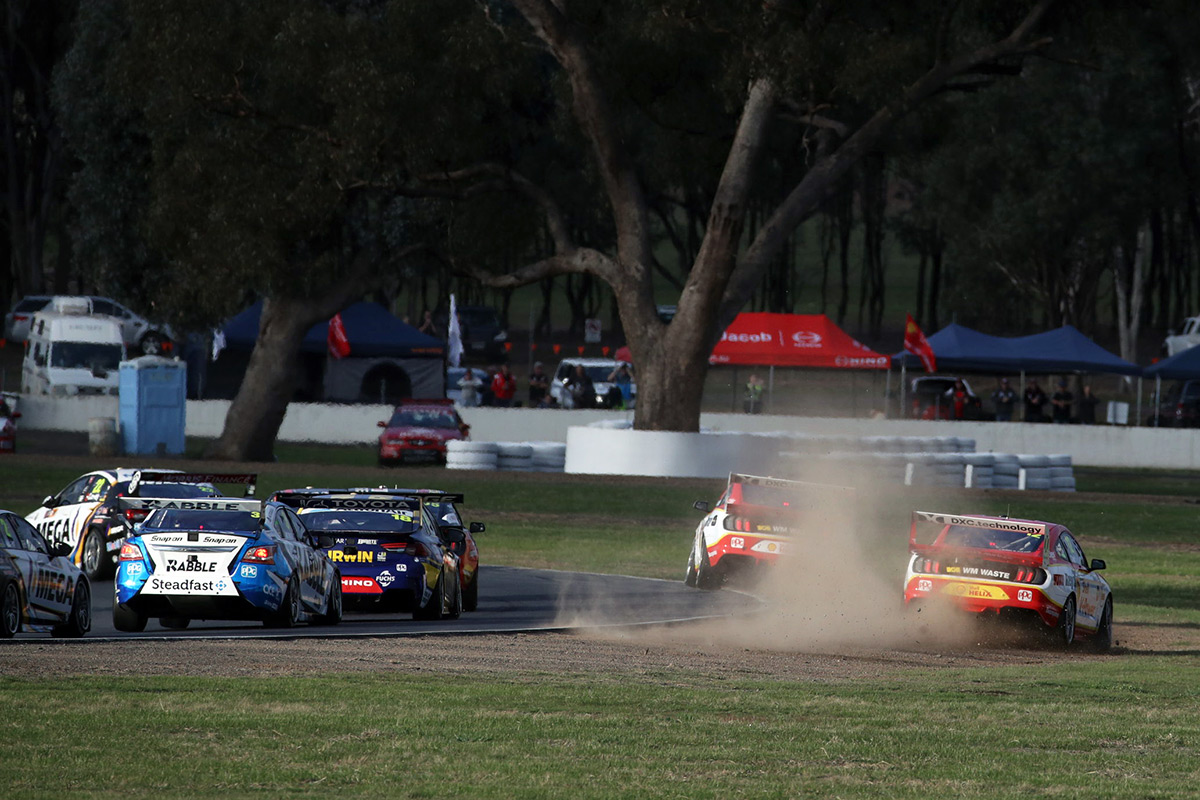 The DJR Team Penske pair made contact at Turn 5 on lap one of the Truck Assist Winton SuperSprint opener, a race McLaughlin went on to win.

Coulthard started second and led briefly but approached the corner in second place with McLaughlin, who started fifth, overtaking on the outside.

An small overlap still existed as McLaughlin turned in, the contact sending both cars wide.

With the incident, Coulthard fell to 23rd place but McLaughlin rejoined at Turn 8 and slotted into third.

Stewards deemed Coulthard at fault, issuing a 15-second time penalty and he crossed the line 15th, as McLaughlin claimed a ninth win of the campaign.

"Our guys are good," Story told a Supercars Facebook Live of the incident.

"They race hard together, today just didn't go the way it usually does, or certainly to any sort of plan we had pre-race, I can assure you of that.

"Those sorts of things shouldn't happen, it's really as simple as that.

"Unfortunately Fabs paid the price there. It's a bit unfair, 15 seconds, I thought, was pretty tough for that.

"We're happy to come away with a win, we've still got first and second in the championship.

"When your bad days are as good as this one, you take them and you bank them."

Coulthard conceded that he "broke the policy" of the team's two drivers not hitting each other, and indicated he'd "put my hand up" and apologise.

In the heat of the battle, he shared his frustration about McLaughlin's rejoin over the team radio.

The Shell Ford pair are now separated by 232 points in the championship, up from 142 pre-race.

"He had a very fast car today. He'll turn it around, he'll qualify well tomorrow, have another good race ahead of him.

"It's really important, team camaraderie and the culture we have in this organisation, our drivers don't hit each other.

"It's just not what happens. This is an exception to the norm, we just need to deal with it and get on with it."