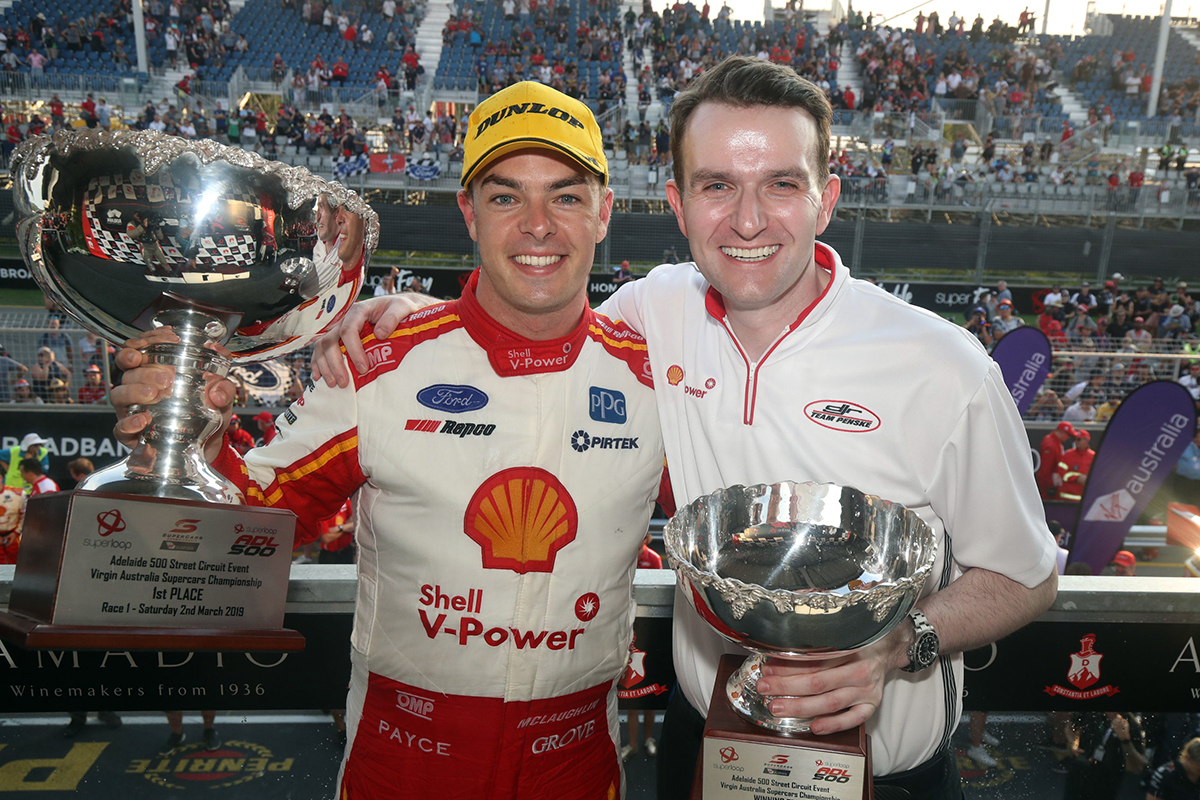 Shell V-Power Racing boss Ryan Story made his first-ever Supercars podium appearance on home soil at the Superloop Adelaide 500, and feels guilty about taking the accolade.

Story accepted the teams’ trophy after Scott McLaughlin scored a stunning win on debut for the Ford Mustang Supercar.

The result was not only McLaughlin’s first Adelaide win, but the first for Dick Johnson’s squad in the 21-year history of the event.

Story grew up in Yorketown, 91km west of Adelaide, and was a dedicated fan of Johnson before becoming formally involved with the team nine years ago.

Heading up the squad since 2013, Story had shied away from the podium for every one of the 22 victories it scored during the last two years.

“Honestly I feel incredibly guilty about it," Story told Supercars.com of being on the podium.

"It’s not normally the sort of thing that I’d do, because the team is made up of many, many people.

“Nothing makes me prouder than seeing one of the guys go up and receive a trophy; it’s just a great thing that we can do to recognise the hard work of everyone in the organisation.

“The reason for me taking the podium today is there’s not many people left that haven’t had that opportunity, and it’s my home town.

“That’s the principal reason for it. I’m a very proud South Australian fella, I’ve never missed an Adelaide 500 and I went to the 1995 Australian Grand Prix.

“I spoke to about 12 people before I went up [to the podium] to try and talk me out of it, or into it, whatever the case may be.

“I’m feeling a little bit guilty that I did it, but that’s just who I am, I’m sure I’ll look back in years to come and be proud of it. It’ll be a great memory.

“I took the team to my hometown of Yorketown a couple of years ago, which was something very important for me too. I’m just proud of what we’ve built.” 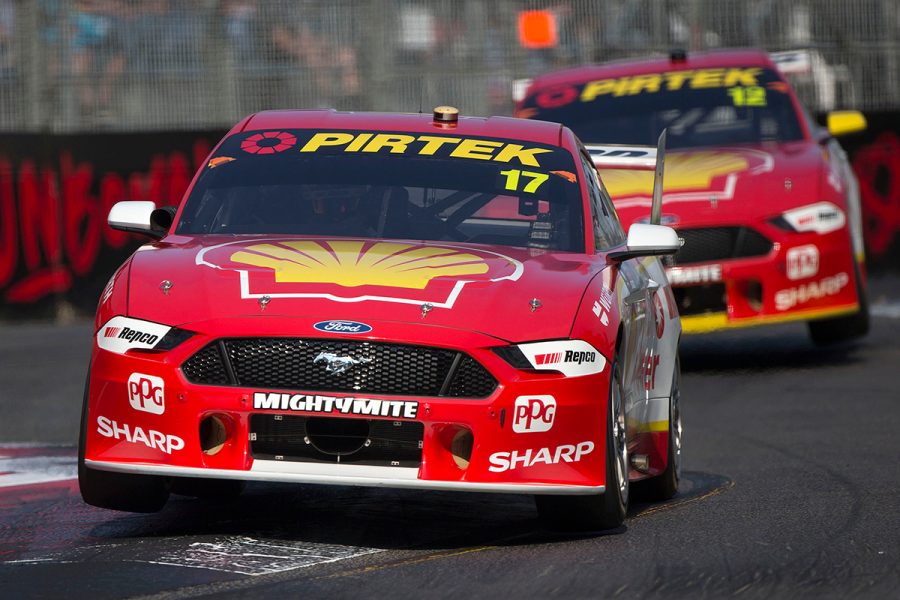 Story cut an exhausted figure in the paddock on Saturday evening, admitting the race was one of the most stressful he’d ever been involved in.

Although McLaughlin won by 13 seconds, the team had been concerned about tyre life with the new car, and also battled a fuel leak with both entries.

The race was run in 40-degree ambient temperatures, which added to the potential for unexpected issues to crop up.

Unusually, Story rushed up to McLaughlin in parc ferme following the race, delivering an extended message before the driver spoke to the television broadcast.

Although Story’s stern, urgent body language raised eyebrows among onlookers, Story insists he was speaking to McLaughlin about the podium.

“He was one of 12 who I consulted as to whether I should get the trophy or not,” Story said.

“I went up and congratulated him and said to him that I was going to go up and join him on the podium and he was pretty pumped about it. It was as simple as that.

“It was just a phenomenal day, just the amount of work that has gone into that car, even the last three months, the effort here and the US.

“On the design-front, assembling all the drawings, going through the homologation process, the VCAT, getting everything through production.

“I’ve never experienced anything like it before. It’s a hell of a job and we burnt the candle at both ends to get to today.

“It vindicated some of the decisions we made during the process, getting the aero balance right and things like that, and for the Ford guys to be here, it was very special.”