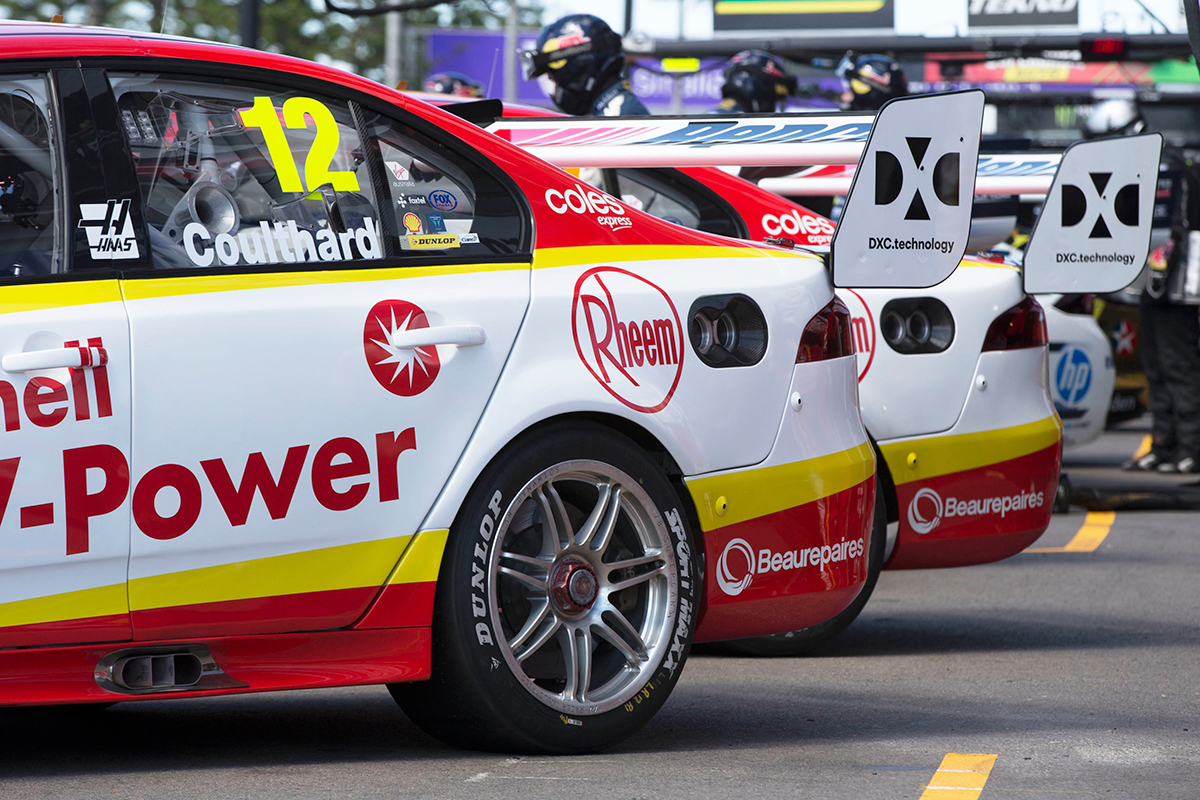 Beaurepaires is part of Goodyear and Dunlop Tyres Australia, with a retail network of 230 stores nationally, employing approximately 1,000 staff.

The brand's logo made its first appearance on the team's Falcons during the Coates Hire Newcastle 500, where Scott McLaughlin won the 2018 title.

It will feature on the lower part of the rear-quarter panel of the Shell Mustangs in "2019 and beyond".

"Goodyear and Dunlop Tyres has shared some incredible successes with the Shell V-Power Racing Team over several decades, so we’re very proud to be back in the fold," Tony Kiernan, Senior Brand Manager from Goodyear & Dunlop Tyres Australia, said.

After getting its trucks back to Queensland, the team has already started preparing Fabian Coulthard's 2018 Falcon chassis for conversion to a Mustang in '19.

What a difference a few days makes. @FabianCoulthard's chassis is already stripped and being converted to a Mustang. #VASC pic.twitter.com/S8GLqngf14

Dunlop is the official tyre supplier of Supercars, and was the choice of Dick Johnson Racing until control rubber was introduced.

"Our association with Goodyear and Dunlop Tyres goes back a long way, so to be renewing our partnership again via Beaurepaires feels in many ways like we’re getting the band back together," Dick Johnson said.

"Beaurepaires is a renowned brand in Australia, and Sir Frank Beaurepaire was an icon of the industry. Having his name on our cars is an honour.

"We aim to do the name proud."