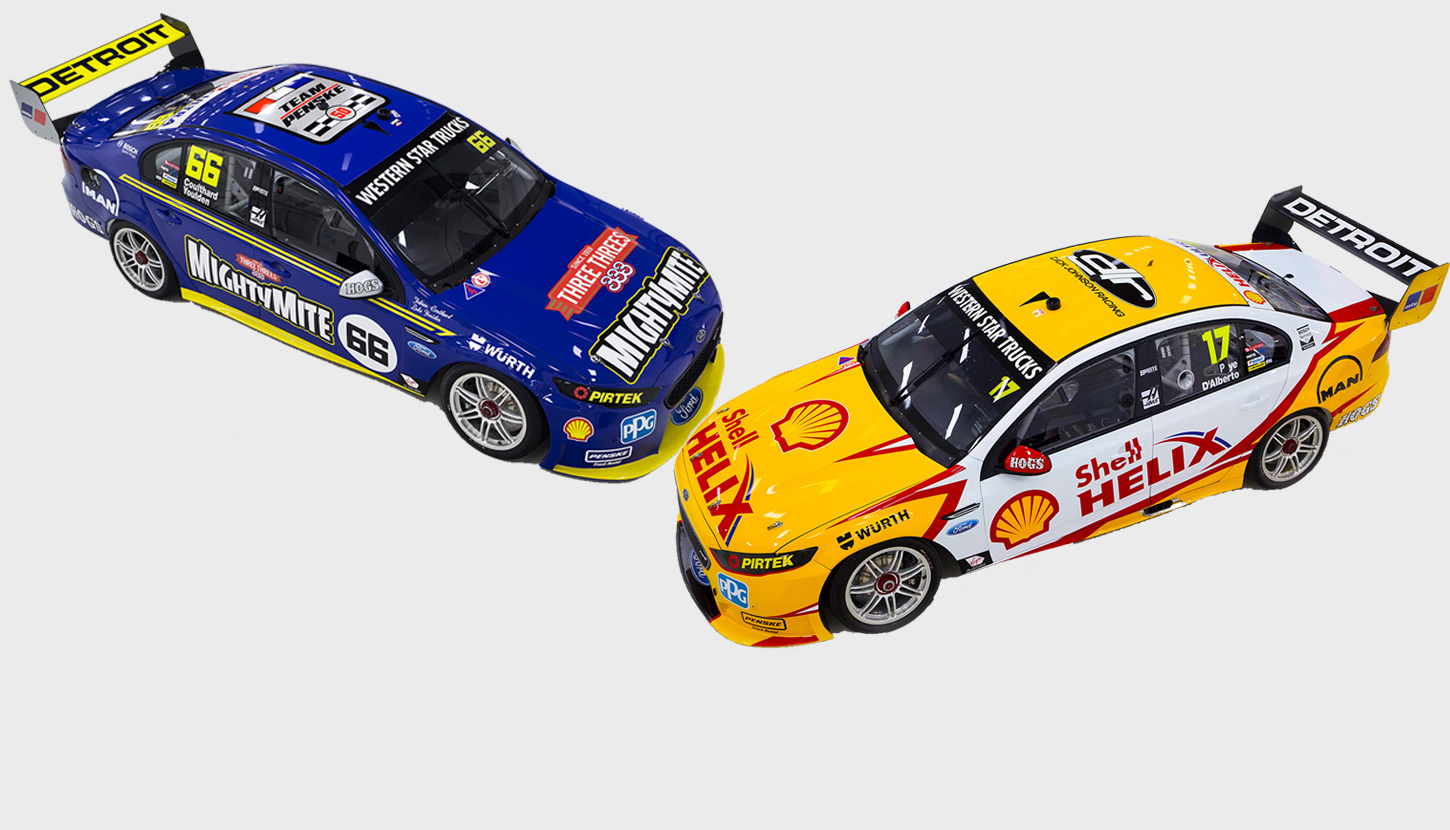 DJR Team Penske will field two very special liveries at the Wilson Security Sandown 500 highlighted by the No 12 Ford of Fabian Coulthard and Luke Youlden running a new number.

In 1972, Roger Penske took Mark Donohue to the Indianapolis 500 in the No 66 Sunoco Special McLaren.

After a race where Donohue only led the final 13 laps, he crossed the line to deliver Team Penske its first win at the famed Indianapolis Motor Speedway in only the team’s fourth attempt. Donohue's average speed of 162.962 mph set a new race record that would last until 1984.

The livery was to become one of the most famous in the history of Team Penske. At Sandown, the ‘MightyMite Special Ford’ will celebrate that livery with the blue and yellow featuring prominently on the newly numbered ‘66’ for Coulthard and Youlden.

“It marks a very special point in the history of the team as it was Roger’s first Indy 500 win with a truly legendary driver in Mark Donohue, who to this day remains the team’s winningest driver across multiple disciplines. Donahue was a ‘renaissance man’ and it’s a great privilege and honour to celebrate his ’72 victory and Team Penske’s 50th anniversary with this livery.”

The No 17 entry of Scott Pye and Tony D’Alberto will feature the 2003 Shell Helix design ran that year by Steven Johnson and Max Wilson.

In what was a striking design, Johnson ran the Shell Helix colours again in the following year and finished 10th in the 2004 V8 Supercars series in the BF Falcon. While the team has rolled out many of the famous Dick Johnson liveries at Bathurst in recent years, the 2003 Shell Helix design was chosen as it remains a fan favourite and one that that both Dick and Steve had considerable input into.

“In recent years we have rolled out a number of retro liveries at Bathurst,” Dick Johnson commented.

“But there is no doubt that the Shell designs are the ones that really relate to the fans. This one was special as Steve and I worked closely with the designers to come up with something quite different. We had run the red Shell Sierras and mostly yellow Falcons previously, so the 2003 Shell Helix design was something we wanted to really stand out. It will be great to see it out on track again.”

The significance of the two entries shows the success and history DJR and Team Penske have had on either side of the globe, and it is the first time the new look DJR Team Penske has celebrated two important eras from both organisations.

Tickets for the Wilson Security Sandown 500 are on sale now at Ticketek.