DJR Team Penske was top of the Queensland teams when testing at Ipswich concluded today.

Scott Pye and Fabian Coulthard came home with the two quickest times in the day’s second session, separated by just 0.0108 seconds, Pye narrowly edging his teammate with a 1min09.0778.

Pye’s time was the fastest of the day, beating Jamie Whincup’s early 1min09.4583 benchmark in the first run.

The young gun played down the implications for the Clipsal 500 after being fastest, but believes things are coming together for DJR Team Penske, which has expanded over the summer to run two cars this season.

“It’s hard to know [what it means for Clipsal] because going to a street circuit is so different – but it is nice, it’s good for confidence,” Pye told v8supercars.com.au.

“I think the best part about today was the changes we’ve made we felt really comfortable with, we felt like every time we put in something different we improved the car slightly.

“For us, it’s not so much about the final time sheet – obviously that’s really nice – it’s but more about how I felt like the test was really successful today.” 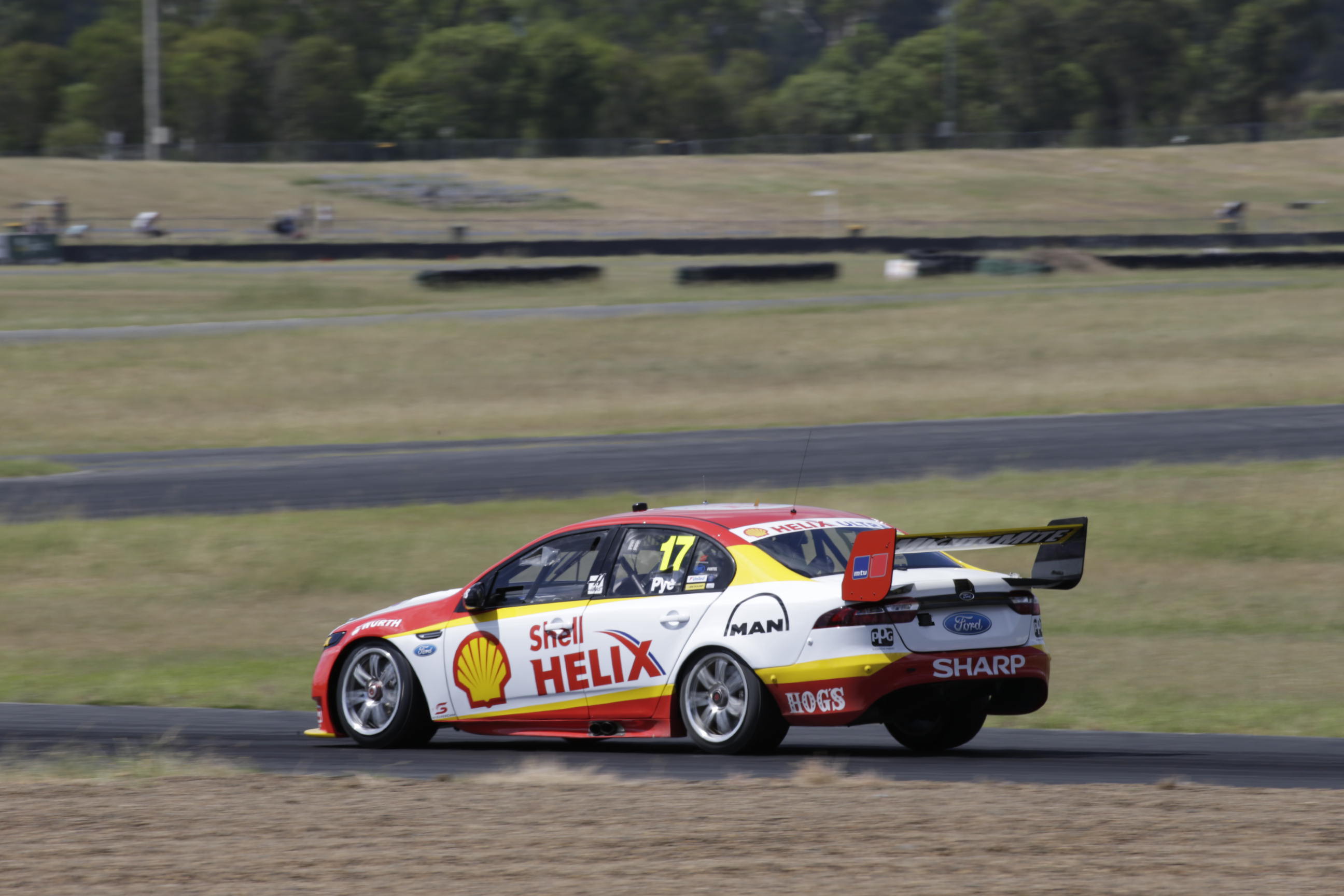 The track was hit by an unexpected late shower, which cost the team time and halted the end-ofoday program.

“The rain cost everyone about an hour by the time it dried out, so there’s a few things we would’ve liked to have tested at the end we just didn’t get time to,” Pye explained.

“So when you put the tyres on at the end of the day – probably we would’ve liked to have done a few more things before we did that, like I’m sure a few others would have.”

Coulthard sampled his DJR Team Penske Ford Falcon FG X for the first time and with engineer Phil Keed – who has also moved to the team from Brad Jones Racing – believes they got a grasp on how to make the car quick.

“It’s been a tough day, you have to explore everything Phil and I need to get an understanding of what makes this car tick,” Coulthard said.

“I feel like we were up against it a little bit, but come the end of the day I feel like we’ve got a much better of an understanding of how it gets its time, how it uses its tyres and things like that.

“So I’m leaving the day relatively positive, Scott’s car performed well … so it can only get better from here.”

With the team doubling in size over the break, Coulthard thinks once everyone’s views start to line up, there will be a noticeable step forward.

“Once we can get a handle on everybody’s ideas and start working together that’s when we’ll really see the progression within the team.

“I’m looking forward to Clipsal, I had a win there last year so I’d love to replicate that again this year.” 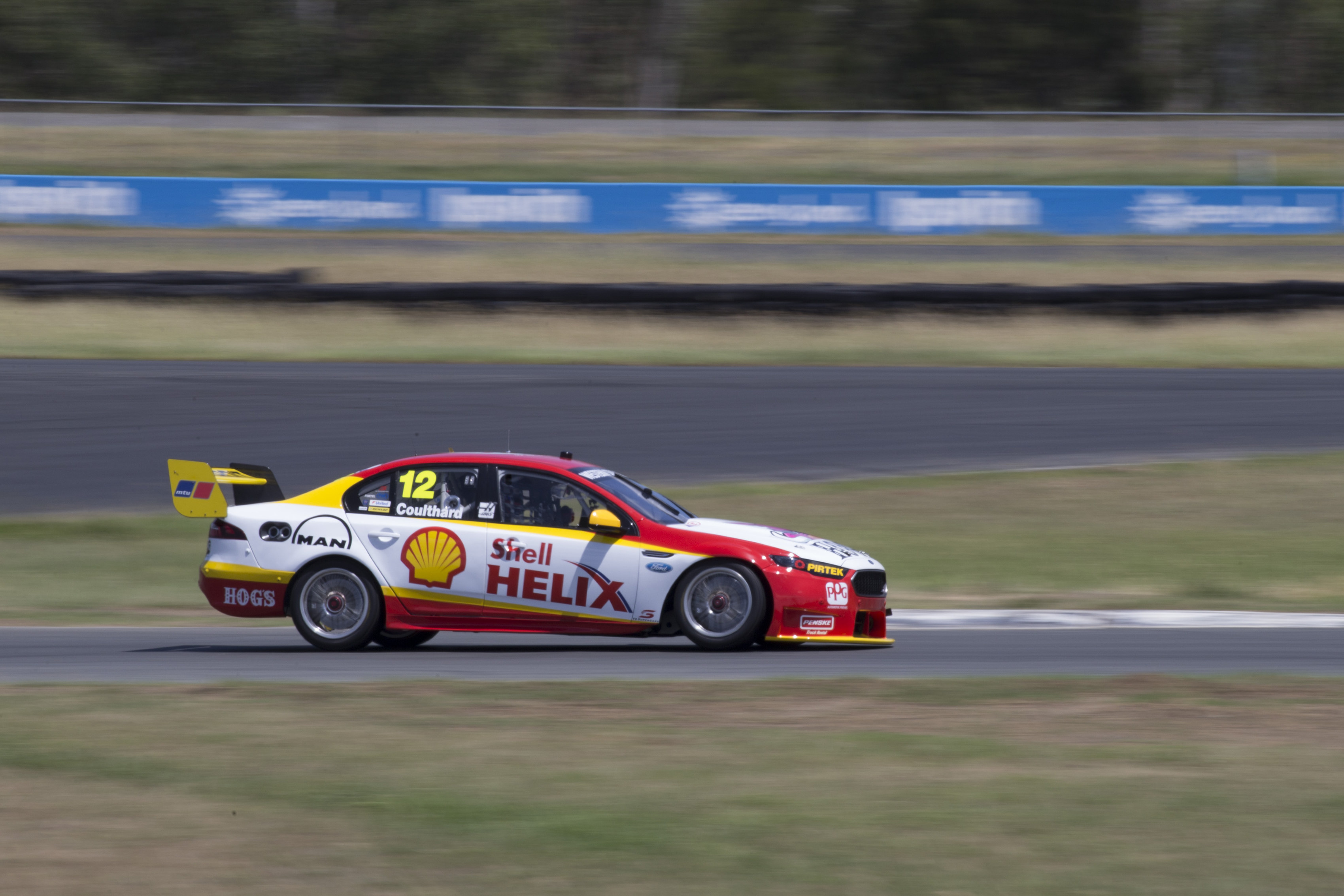 Triple Eight hit the track with its three cars, and all looked on song throughout the day.

Whincup was the benchmark in the morning’s run, with Shane van Gisbergen 0.1899sec behind him.

Craig Lowndes, returning from a broken collarbone, had no issues behind the wheel – while the team has Paul Dumbrell on standby, the co-driver didn’t get a single lap today!

Team boss Mark Dutton was pleased the day ran faultlessly, but was not surprised the Shell DJR Team Penske cars raised a challenge.

Lowndes and van Gisbergen were third and fourth in the order, with Will Davison and Dunlop Series driver Todd Hazelwood splitting the TEKNO driver and Whincup.

“DJR Team Penske were very quick, as we thought they’d be – so we’ve got a lot of work to do but really happy with everyone’s performance,” Dutton told v8supercars.com.au.

The weather also affected their day – but in a different way to Pye.

“It was a hot day, which took its toll on everyone but everyone worked really well.

“With that sort of heat it’s not just hard on the personnel – it’s hard on the tyres. So trying to learn in that heat you have to be really careful you don’t get a bum steer... if some cloud cover comes over that’ll make a bigger difference than most changes we do on the car.

“So we’re not singing and dancing or anything like that yet.” 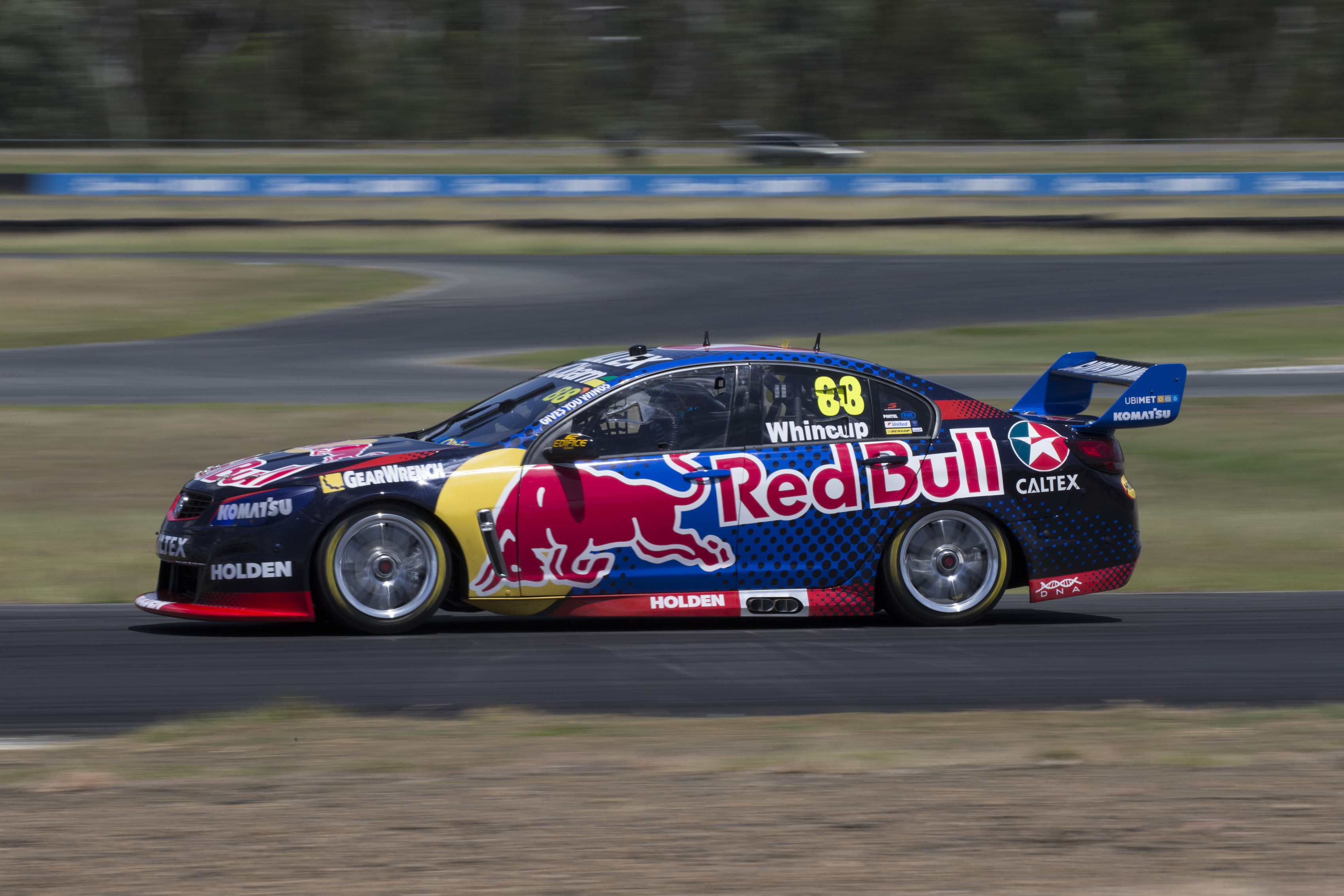 Will Davison got acquainted with ‘Lola’ the Holden Commodore he’ll steer this year and team boss Jonathon Webb was casual about the test at the end of the day.

The recent Bathurst 12 Hour winning co-driver jumped in for a few laps to confirm Davison’s feedback – and given TEKNO won the last race last year, and were on the podium at the Clipsal 500, he wasn’t concerned.

“Little things like driving position, belts, drinks and helmet fans – all the little things that make a driver smile as well as a little bit of tuning of the car.

“More than anything we know at Clipsal we had a good car there last year and unless we need to tweak something to suit Will’s driving style, we don’t need to change a lot.” 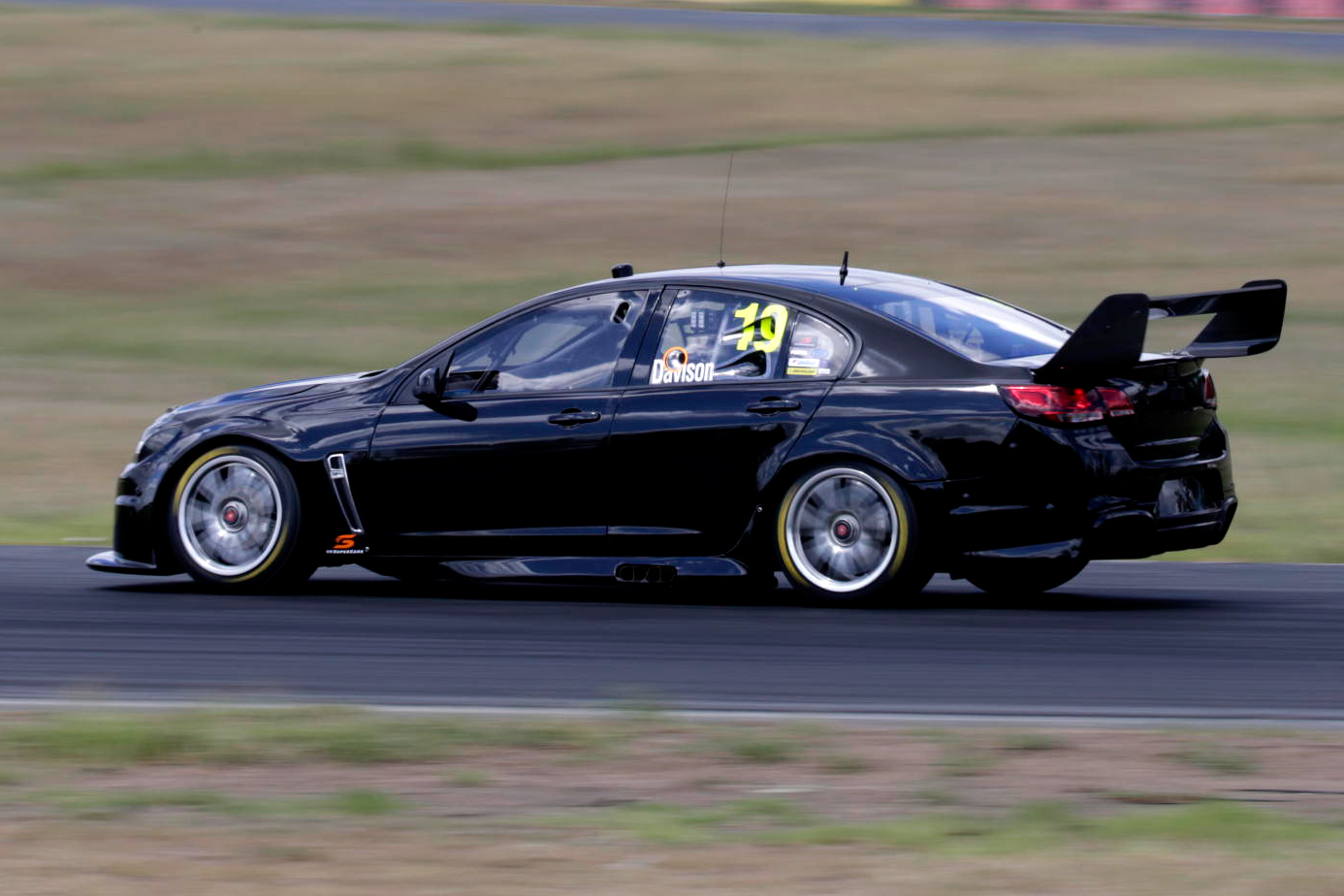 The Victorian teams will have their pre-season test day on Monday at Winton Motor Raceway, with Chaz Mostert returning from injury and Mark Winterbottom debuting his new look Falcon with #1 on the windscreen.