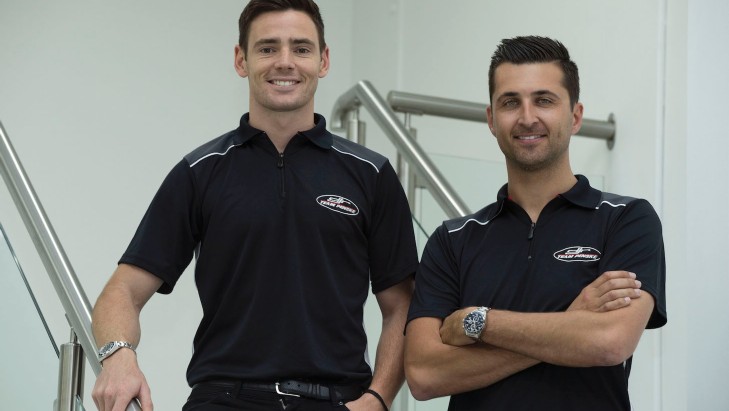 DJR Team Penske has confirmed it will field two V8 Supercars for 2016, with Fabian Coulthard and Scott Pye to drive for the team.

Coulthard -who currently competes with Brad Jones Racing and sits fifth in the Championship - will join Pye, who has taken over as lead driver since the Tasmania round this year.

Coulthard confirmed recently he would be departing BJR and today his new home has been confirmed.

While there have been questions of whether the team would expand, Penske Racing president Tim Cindric explained that was a key part of the team's plans.

"Expanding to two cars has always been a priority of ours, and with Fabian on board, gives us the opportunity to add another car capable of running at the front," Cindric said.

Coulthard has long been the favourite to clinch a seat with DJR Team Penske for 2016 and is thrilled to race for two motorsport greats.

"I'm excited about 2016 and coming aboard at DJR Team Penske," said Coulthard.

"The chance to race for two motorsport legends like Dick Johnson and Roger Penske is just a special opportunity.

"I'm looking forward to next season and helping the team grow and race at the front of the field."

Pye - who took control early this season and has proven his ability to progress the team up the grid - is pleased to continue with the team.

While a devastating crash took him out of Sunday's Supercheap Auto Bathurst 1000, he has been cleared of any broken bones and will look to recover for the Castrol Gold Coast 600 in less than a fortnight's time.

"It's a fantastic opportunity to continue racing for Dick and Roger again in 2016," Pye said.

"This year has had some ups and downs, but we have been moving in the right direction.

"Expanding to two cars with Fabian is incredibly exciting. He's a hard-nosed racer and together we want to build DJR Team Penske into a contender."

The final piece of the puzzle has been Marcos Ambrose and while his comments do not reveal his plans for 2016, he backs the decision the team has made.

"I fully support the team with the exciting announcements here today," Ambrose said.

"My number one priority since stepping out of the car full time was helping the team with that transition and in Fabian and Scotty, the team has a great future ahead for 2016 and beyond."

The team will conduct a teleconference at 1pm AEST to confirm further details for the future.