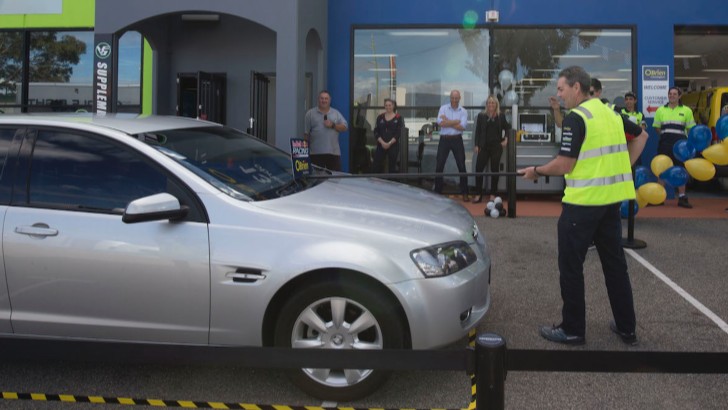 While they won't be quitting their day jobs any time soon, Red Bull Racing Australia drivers Craig Lowndes and Jamie Whincup took the opportunity before the UBET Perth SuperSprint to learn some new skills with the O'Brien AutoGlass techs and give some unsuspecting customers a pit stop of a different kind.

"It's always good to get involved and try something different, but I definitely think I need a few more lessons before I'm on par with the pros," said Whincup.

Thankfully, those 'pros' were on hand to help the six-time V8 Supercars title holder as each of the customers pulled into the Red Bull Racing Australia pit bay to be greeted by their effective car controller, Lowndes.

"Lowndesy was the one on the money today. He had the speed in the tech challenge when we were placing the new windscreens into the cars. It was an intense battle we had here this morning." 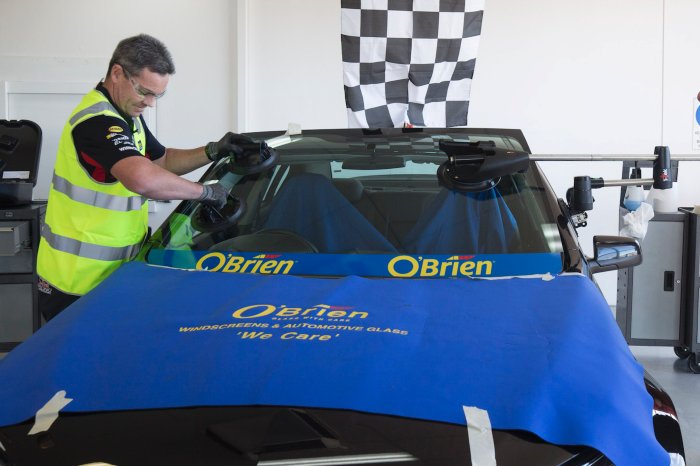 Lowndes is hoping he's the one with the speed in the car this weekend, heading to Barbagallo Raceway hunting for his 100th championship race victory, which would make him the first man in the sport's history to hit triple figures.

"I'm not focusing on trying to get the win, I'm just treating it like a normal event," he said. "If we get it this weekend that would be great, but my engineer Grant McPherson and I are just working hard to try and maintain the consistency that is key to doing well in this championship."

Already the driver with the most wins in the sport, the 40-year-old claimed his 98th and 99th race victories at the previous round of the championship in Tasmania and can be confident that WA could well be the place to continue making history, Barbagallo Raceway being the site of his record-breaking 91st win in 2013.

"It's a track that I really enjoy and one that I've had success at in the past. It's a tricky little circuit, one of only two that we lap in under a minute, and it's really important to get the flow and the balance of the car right for both qualifying and the races."

Success is an understatement, Lowndes having claimed 15 races wins here throughout his career, a number which not only marks him as the most-winning driver at Barbagallo, but it's also the most victories of any driver at a single track throughout ATCC/V8 Supercars history.

"I don't think anyone would pay for mine and Jamie's chip repair services, so it's lucky the O'Brien guys have been on hand this morning to help us out, but it's been a great way to get involved with some of the fans," Lowndes continued. 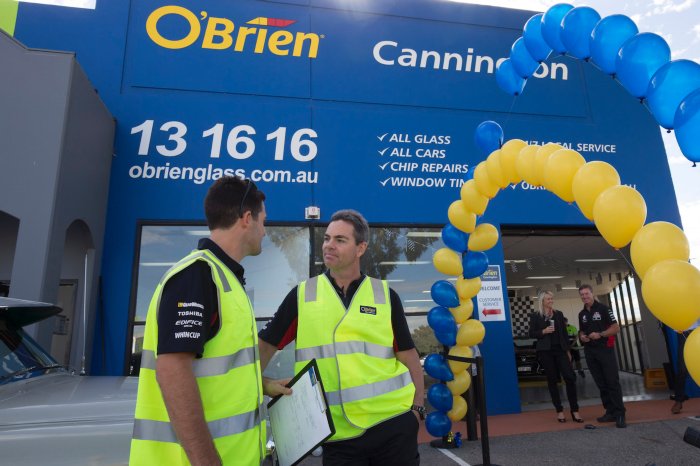 Whincup, who's currently leading the 2015 title fight, is hoping to bounce back strong from the recent month-long break from the race track. Despite having been the top points scorer in Tasmania, the 32-year-old still feels that he's lacking consistency in the #1 Red Bull Holden.

"We've had mixed results in Perth over the years, but I know that a lot of hard work's been done over the last five weeks to ensure we improve upon our weaknesses that reared their heads at the start of the year," he said.

"We call it a break, but we didn't really have a break. There's been quite a bit of work done between myself and the engineers to try to improve on where we're lacking, but I'm sure everyone else has been working hard too and it's an extremely tight field."

The UBET Perth SuperSprint gets underway with practice tomorrow from 10:30am local time, followed by three qualifying sessions and races across Saturday and Sunday. Click here for more information and ticketing options.