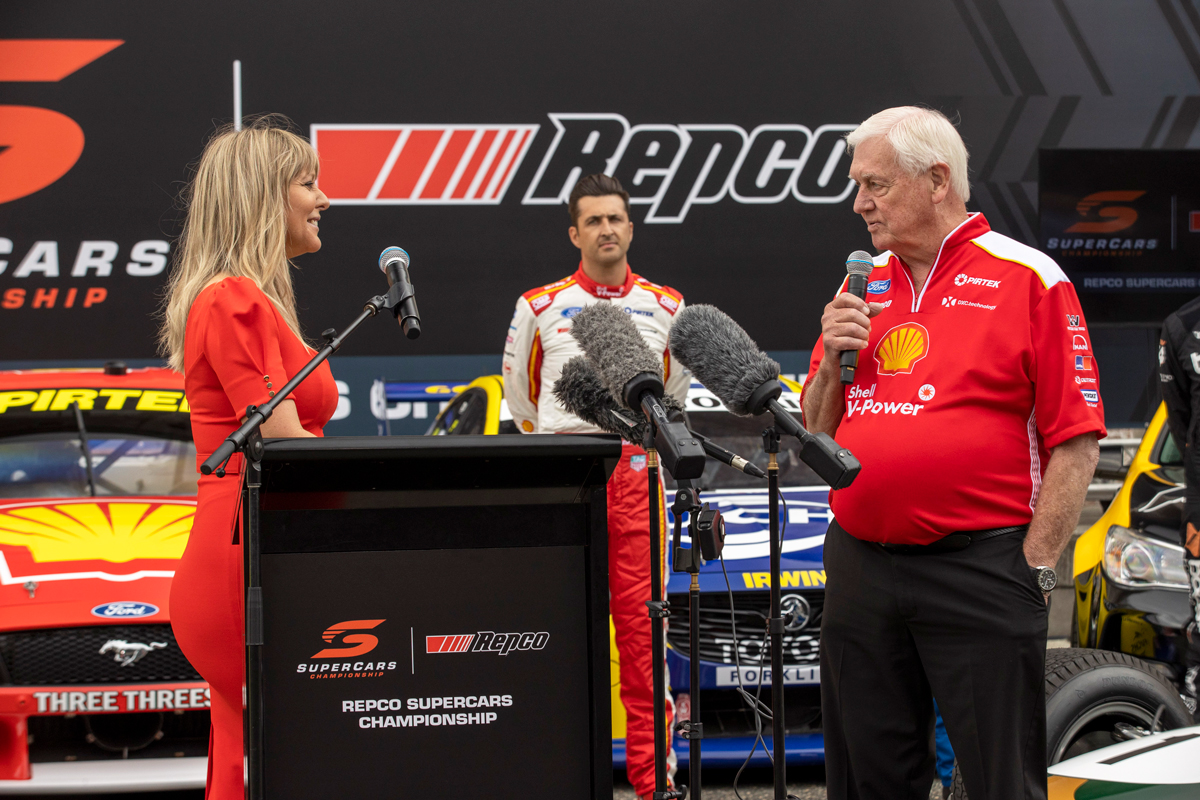 As announced this morning in Brisbane, the series will be known as the Repco Supercars Championship under a five-year deal starting in 2021.

It adds to Repco’s recently announced sponsorship of the Bathurst 1000, also starting in 2021, and its support of Shell V-Power Racing, which commenced in 2018.

During his formative years, Johnson worked at a Repco Group store in his native Brisbane.

“It was a long time ago I must admit, it was in the very early ‘60s,” he recalled at today’s announcement.

“I used to be one of the parts jockeys behind the counter at Woolloongabba in Brisbane.

“It was a great place to work, I knew all the people there and all the systems the parts went through and all that.”

As well as working behind the counter, Johnson’s two years in the role included time behind the wheel, delivering orders to service stations.

Working at Repco also enabled him to source and hone parts for an engine that was to go into his first race car – an FJ Holden.

Johnson went on to win five Australian Touring Car Championship titles and three Bathurst 1000s, before retiring from driving at the end of 1999.

He remains a co-owner of his team, DJR Team Penske, which is currently the form squad in Supercars, taking out the last two titles and 2019 Bathurst 1000 with Scott McLaughlin.

“I was really, really impressed with the announcement today,” added Johnson.

“Five years is a big commitment, obviously they’re going to get behind it and I think Supercars can really ramp-up the brand of Repco.”

Repco is most famous for building the V8 engine that powered Australia’s Sir Jack Brabham to the 1966 Formula 1 World Championship title.

“It’s fantastic to have a five-year deal. Not only are they sponsoring the sport, but also the greatest race of them all, the Bathurst 1000,” said McLaughlin.

“Everyone knows about Jack winning in 1966, but [New Zealander] Denny Hulme winning the championship in 1967 in a Repco-Brabham is a pretty cool moment for Kiwis as well.

“I’m very proud to be a part of this brand and looking forward to the future.”