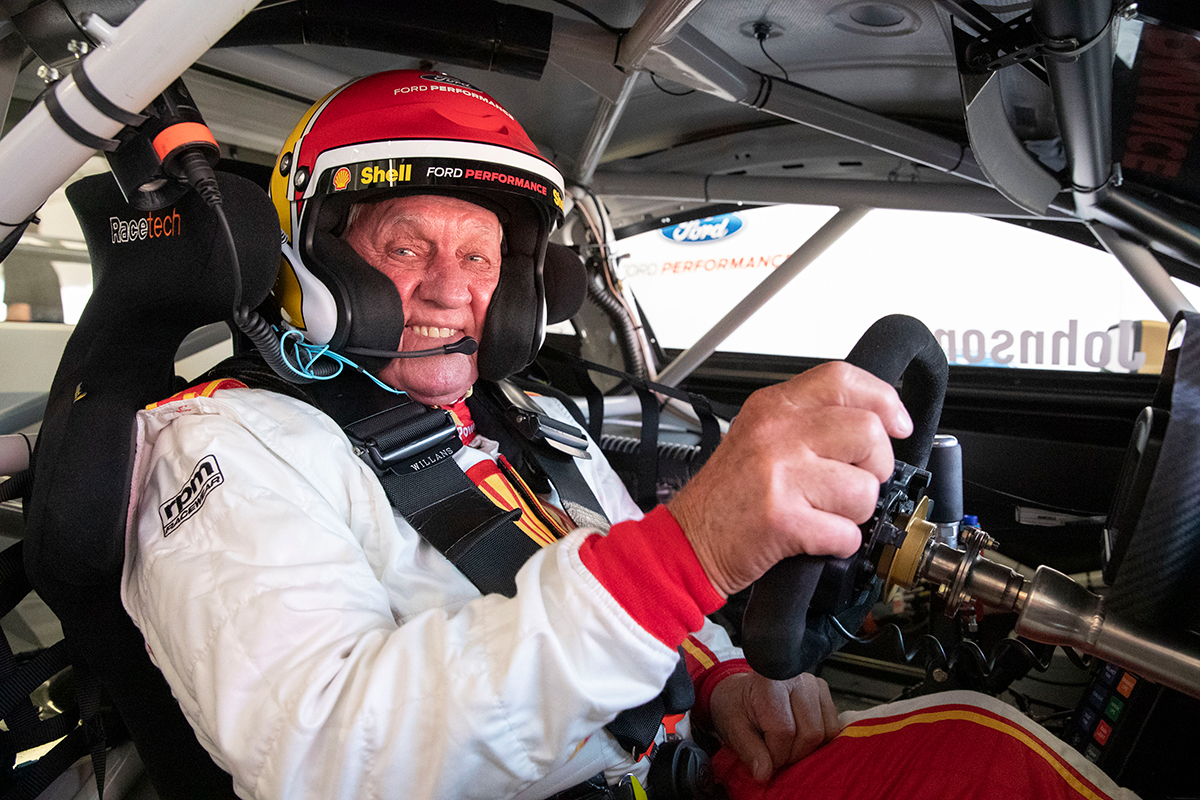 The Shell V-Power Racing co-owner is set to drive a yet-to-be-announced special edition Mustang in a series of demo runs.

Two other Mustangs will join Johnson on track, with full details to be confirmed on Wednesday.

This year marks the return of the Ford Mustang to the Great Race, having last been represented in 1986.

“Norm Beechey is one of my heroes and he drove a Mustang to its first ever win anywhere in the world on a race track right here in Australia in 1965,” Johnson said.

“Mustangs have a very special place in history both on and off the race track and to be able to drive this new special edition at Bathurst is a great honour for me. I’m looking forward to giving it plenty!

“Bathurst is one of the best race tracks in the world. The Mustang will be right at home there both in Supercars race trim and in this special edition too.”

Johnson also took part in a Mustang demo at the season-opening Superloop Adelaide 500, driving one of his team’s Supercars.