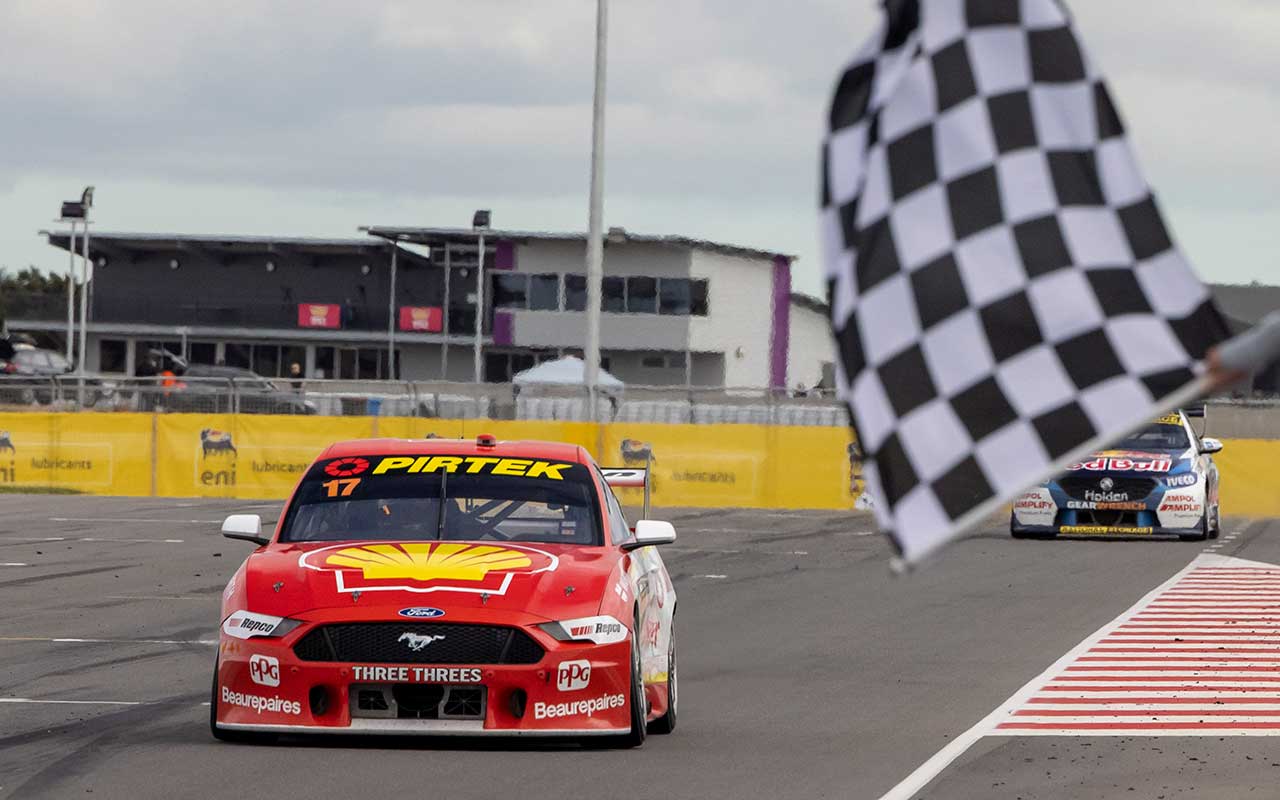 A delighted Dick Johnson watched on from his home on the Gold Coast as Scott McLaughlin secured the 2020 Supercars Championship title at The Bend.

The team’s 10th Australian Touring Car/Supercars Championship title comes in its 40th year of operation, having been officially founded in 1981.

The team was on the brink of collapse on several occasions before Penske’s majority takeover ahead of the 2015 season.

It has been a dominant force since McLaughlin and engineering whiz Ludo Lacroix joined in 2017.

Johnson and wife Jill shared their joy at the latest success in a video hook-up with Story posted to social media shortly after the finish of today’s race.

“It’s been a magnificent past three years I can assure you,” said Johnson.

“When you get three championship wins in a row, almost four…. Scotty has been magnificent, so has Fabs [Fabian Coulthard] as well.

“It’s something you dream of, but dreams do come true sometimes.”

Speaking on Fox Sports following the race, McLaughlin declared the latest triumph the best of his three, citing the challenges created by the pandemic.

McLaughlin has been heavily linked to a future in America’s IndyCar Series, while Penske is yet to confirm his plans for the Supercars team beyond 2020.

OTR SuperSprint The Bend  ›
Stay In The Know
Sign up to the Repco Supercars Championship Newsletter
We use cookies to ensure that we give you the best experience on our website. If you continue to use this site we will assume that you are happy with it.Ok