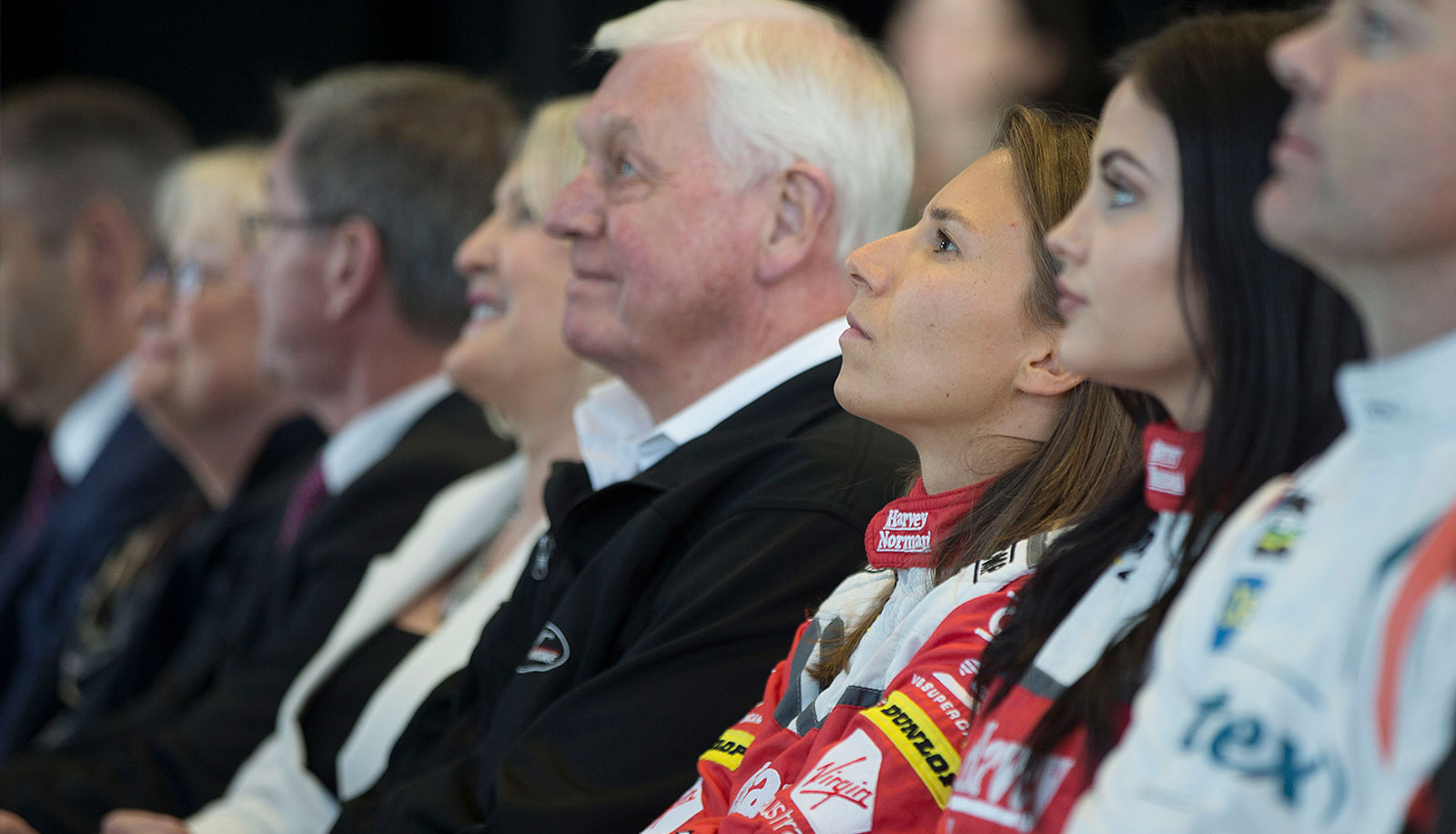 Supercars legend Dick Johnson has apologised to the Harvey Norman Supergirls, insisting his comments about their chances of finishing the Bathurst 1000 were taken out of context last year.

Formally meeting Simona De Silvestro and Renee Gracie yesterday at the 2016 Supercheap Auto Bathurst 1000 launch, Johnson suggested it would be an achievement for the women to finish the race. But not because of their abilities, because of the challenge of Bathurst, particularly for a wild card pairing that has limited time in the NewGen Supercar before the race.

“Let’s get something straight before we go any further – what was written was definitely nothing like what I’ve said about the girls,” Johnson told supercars.com.

“I’ve explained that to the girls and they understand that.

“The actual words I said, I would be very pleased and it would be a great result if they just finished the race to start with.

“You cannot honestly say you can go there as a rookie and win this race because it’s difficult. That’s no reflection on the two girls and you’ll find that this year will be a much better year for them.”

Once again, De Silvestro and Gracie will run two test days before the Supercheap Auto Bathurst 1000. The 27-year old Swiss driver has a better idea of what to expect this time around, while Gracie has been notching up miles in the Dunlop Series, and will have plenty of seat time at the right time with the development category contesting Sandown for the first time in years.

“It’s going to be interesting to see how they go but certainly if they finish the race it’d be a fantastic result,” Johnson said.

“Because all you’ve got to do is finish, and you’re going to be somewhere fairly close to the top 15.”

The 71-year old says he’s open to female racers in the category, as long as they have the talent. His worst nightmare is a field of ‘pay drivers’.

“Absolutely,” he said when asked if a female driver of De Silvestro’s standard would be welcome in the sport in his eyes.

“I absolutely have no bones about anybody.

“If they have the ability, they deserve to be there.”

The Harvey Norman Supergirls finished the race last year, but were in 21st after Gracie slipped on oil while steering the car early in the race.

With the hype of their debut at Mount Panorama out of the way, both De Silvestro and Gracie are confident of a stronger showing this time around, with another round of testing before tackling the Great Race.