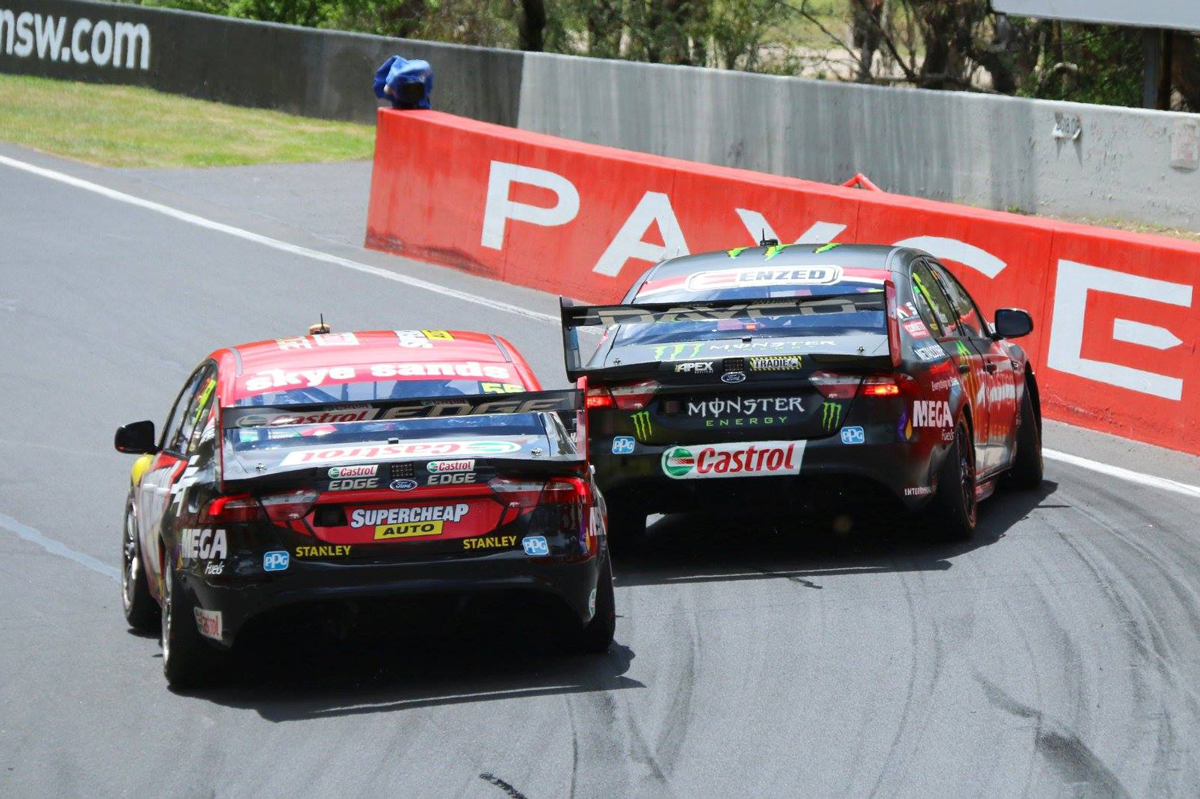 A costly clash between its Monster Energy and Supercheap Auto Fords in the Bathurst 1000 will be the subject of a ‘detailed debriefing’ at Tickford Racing this week, says team boss Tim Edwards.

The Monster Falcon had been the team’s best qualifier in sixth, but was taken out of contention on lap 22 when co-driver David Russell and Chaz Mostert tangled.

Mostert had attempted to overtake the Monster entry, but was squeezed at the apex, touching the left-rear of Russell and firing him into the right-side wall.

Officials reviewed the incident in-race and determined that Mostert, whose car was undamaged, had no case to answer.

An emotional Waters, however, saw things differently, slamming Mostert both on television and to Russell once his car returned to the garage for repairs.

Describing the move as "dumb", an incensed Waters also made reference to an incident triggered by Mostert that had taken him out of contention at Bathurst last year. 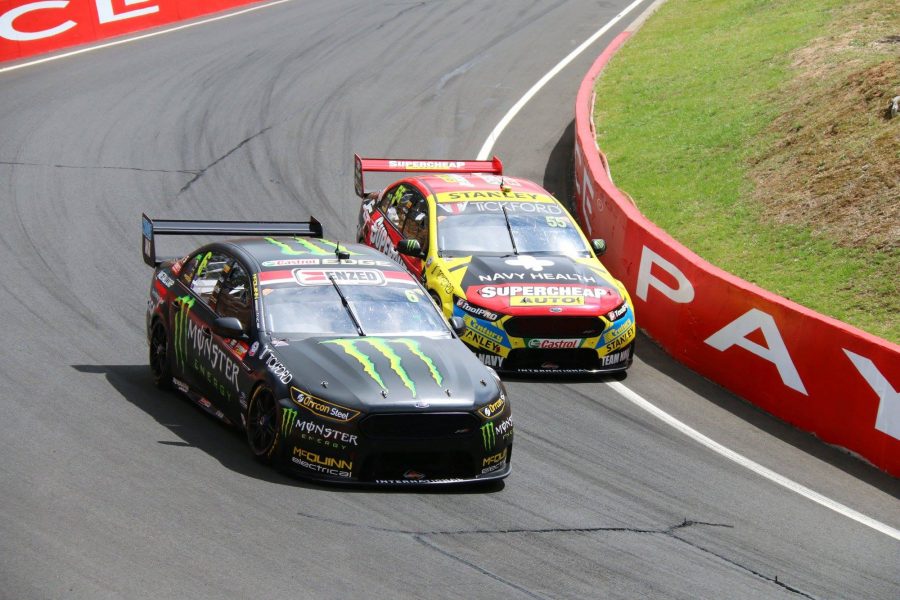 Team principal Tim Edwards declined to comment on the latest clash when quizzed by Supercars.com post-race, but said in a team statement that it’ll be debriefed thoroughly.

Mostert and James Moffat went on to finish fourth, the only Tickford Racing entry in the top 10, while Waters/Russell returned to the track to finish 23rd, 13 laps down.

“Obviously we’ll have a detailed debriefing over what happened at the Elbow, but the team put up a great fight all weekend,” said Edwards.

“The results don’t reflect the effort the team put in, but that’s motorsport.

“We obviously still have areas where we can improve, but we’ll head to Gold Coast where we had a great weekend last year and see what we can do.” 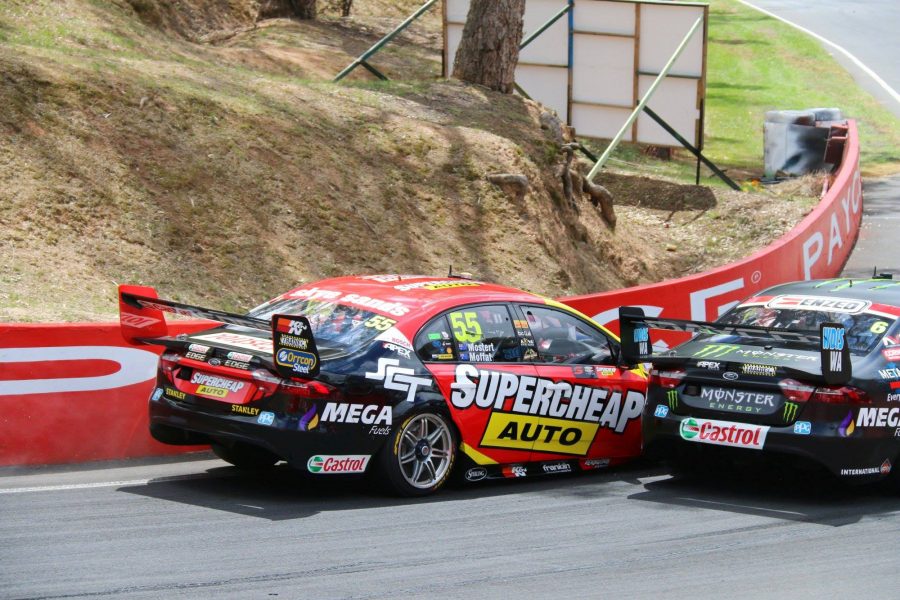 Gold Coast-based Mostert is expected to phone into the Melbourne-based team’s debrief, as he is scheduled to fly to the United States on Tuesday for the Petit Le Mans.

Mostert is making his US racing debut in the Road Atlanta, Georgia, event, marking a continuation of his duties with BMW.

The 26-year-old is understood to have spoken with Waters about the incident at the circuit on Sunday evening, having also expressed his regret to television cameras post-race.

Mostert reflected on the incident’s fall-out this morning with an extensive post on social media, reminding fans that drivers “are not robots” when dealing with online criticism.

“Waking up this morning with mixed emotions reading good comments and bad comments,” he wrote.

“To say the bad ones don’t affect you would be a lie for me definitely, noticing as time goes on social media has become more of a platform for people to sit behind a screen and give someone a spray or to bring someone down. 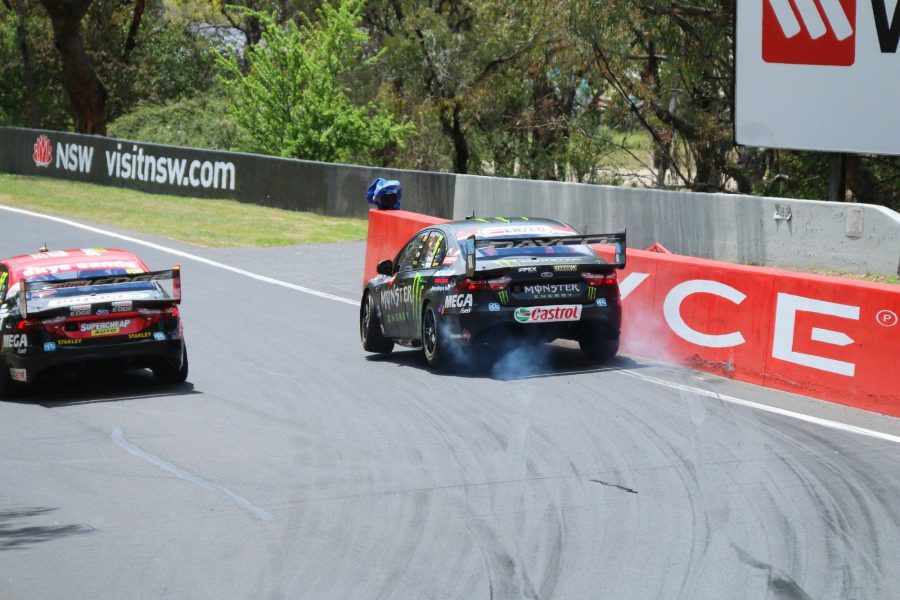 “Even if they don’t like you they still follow you and comment something negative, it blows my mind. I’ve not only seen it this weekend but I’ve seen it in plenty of other sports.

“We’re not robots we are humans with feelings just like you so what makes it right to make someone feel like shit?

“I’m a race car driver, I race every lap as hard as I can, sometimes you do great things and sometimes you make mistakes and would want to go back and do stuff differently.

“My intentions were never to hurt a team’s car race but unfortunately that happened.”