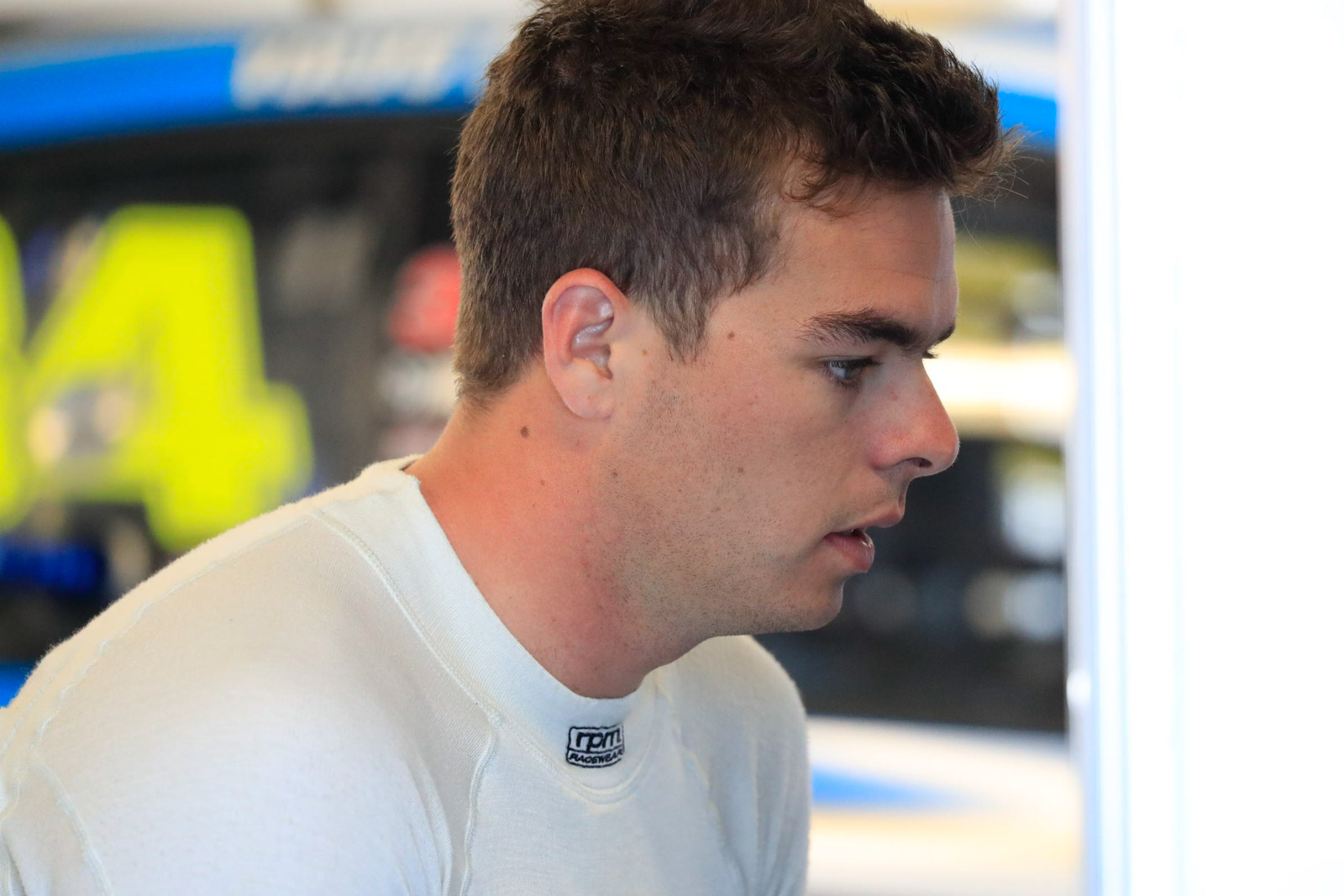 A flat tyre in yesterday’s race was costly for Scott McLaughlin, who dropped from third to fifth in the Championship standings after a difficult opening lap.

The Volvo driver qualified an uncharacteristic 17th and after contact had to pit with suspected damage to the rear of the car.

While McLaughlin thought his suspension had broken, the culprit was just a flat tyre. But his Garry Rogers Motorsport team wasn’t ready to complete a pit stop, so he had to drive in the garage, losing time and valuable points as a comeback slipped away. He finished 24th.

Craig Lowndes – who was second coming into the race – also fell in the standings, but the other cars McLaughlin is battling for the title had strong runs. Points leader Jamie Whincup extended his buffer with the win and sits 83 points ahead of Shane van Gisbergen, who finished second, and Mark Winterbottom who finished third. A positive run for Will Davison in fifth sees the TEKNO driver equal on points with McLaughlin, but sixth on countback as the quick Kiwi has won two races this season. He’s 162 points behind Whincup.

“A day like that you don’t need,” McLaughlin told supercars.com post-race.

“[When you’re in] the championship … you can’t have that sort of day.

“It sucks but you’ve just got to turn the page and come back tomorrow. “Unfortunately, my bad days happen when everyone else has a good day so it’s just the way the cookie crumbles.”

McLaughlin acknowledged qualifying back in the pack was a factor, but believed he was capable of running in the top 10 as his teammate James Moffat did for a time.

Holden Racing Team competitor Garth Tander drove from 20th to seventh in the race, so it is possible for cars to make their way through the pack in the 200km dash.

“I didn’t quite get a lap sorted [in qualifying] so on my part it was probably one of my worst qualifying sessions in some ways and that’s what put us back,” McLaughlin said.

“I had a really good start, moved up a couple of positions into turn one and then was driving up to turn three. I don’t know what happened but I got hit massively in the left rear and that popped my tyre.

“At that stage I thought the suspension was broken, but it sounded like it was only a tyre. The boys weren’t setup to do a pit stop, so we went in the garage and lost a bit of time for it to only be a flat tyre.”

McLaughlin believes they are “not the fastest car” out there but was hopeful the team would find something overnight to tackle the circuit he was able to tame for ARMOR ALL Pole Position on Sunday last season.

“I think we have a good base to work from – we know what we want and it’s just a matter of finding that.

“At Darwin we weren’t that good on the Saturday and we came back on the Sunday pretty strong so yeah we have a bit to work on overnight but I think we should be able to sort it out.”

After announcing his future move to DJR Team Penske next year, McLaughlin reiterated he was focused on performing at his best for GRM in his final season with the team.

“I think it is good to announce what is going on and just move on,” he said.

“It’s quite a good thing it’s not even popping up anymore.

“I’m just moving on and trying to do this for Garry and finish off on a good note.”

Sailing to the century