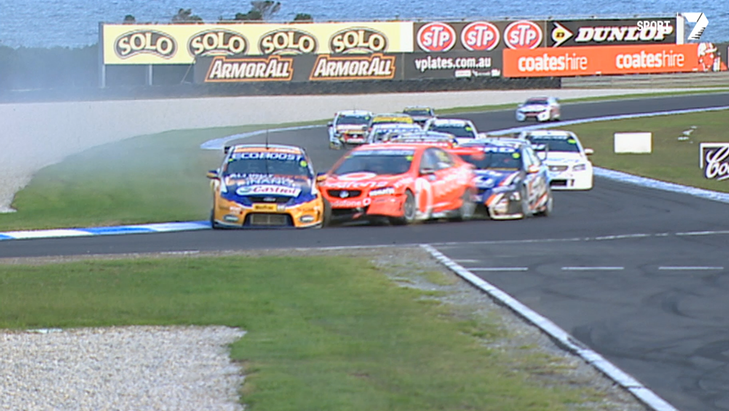 Today, our Championship Defining Moments take us back again to the Island – but this time, think mid-season.

Last year, Jamie Whincup won the title emphatically. Only one race saw him score no points.

In the first of two races at the Phillip Island event staged in May, just three laps before the finish Trading Post Racing’s Will Davison ploughed into the front of Whincup’s TeamVodafone Commodore at Honda Corner.

“I think it was borderline lunacy but that’s my biased opinion I’m sure,” FPR boss Tim Edwards said at the time.

Shane van Gisbergen – who went on to finish the race in second in his SP Tools backed Falcon after starting 11th on the grid – had a wild off in the grass, which was the first sign there may be a scuffle in the front bunch.

Then van Gisbergen found himself in the box seat, seeing the collision unfold right in front of him.

“That was carnage!” the Kiwi star told v8supercars.com.au, looking back on the accident.

“Then right in front of me, Jamie Whincup got collected and it was one of the craziest, scariest things I’ve ever seen in racing.

“I just didn’t see it coming, so I can’t imagine what it felt like for Jamie. But I finished second in that race and the last three or four laps I wasn’t really focused on the race, I was just so scared from that incident, it was crazy.”

It hadn’t been all smooth sailing for van Gisbergen either, who had to wrestle his Ford back onto the road to keep racing.

“I got bloody hit off in the middle of turn one, which isn’t fun!” he said.

“It’s a 200km corner, it was sort of arms and legs everywhere trying to keep it under control in the grass. Fortunately we did and avoided a massive accident, but there was one the next corner anyway!” 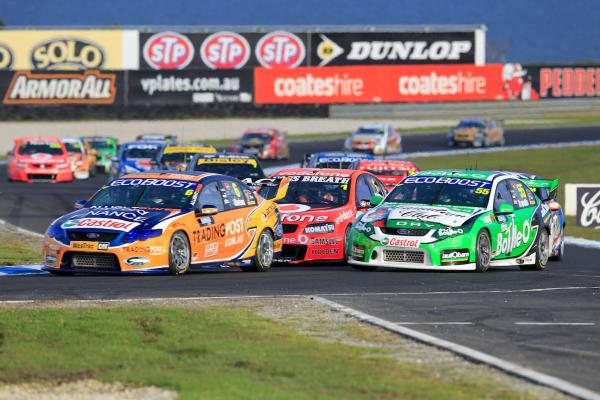 Strangely enough, Whincup remembers a funny side of the incident and when looking back on the 2012 Championship, didn’t pinpoint that race as ‘defining’.

“It’s actually quite funny when you look back on it – I didn’t even know Davo was in the grass,” Whincup recently told Red Bull Racing Australia’s official website.

“I’ve turned into Honda, which is one of the slowest corners, and next minute – boom! There’s this massive impact, from nowhere, and I’m pirouetting into the gravel trap.

“So, I’ve been hit that hard that the car’s in all sorts, I’m sitting in a gravel trap and for a few seconds I’m sitting there thinking ‘what the hell has happened?’.

“The telecast everyone is watching back in the garage has about a four-second delay so by the time Dutto’s come on the radio warning me I’ve pretty much unclipped myself and am getting out of the car.”

When asked about his most recent Championship victory by v8supercars.com.au, Whincup instead pointed to successfully responding to a set-back during one of the season’s races as a key moment.

“If anything, it was Winton,” he said.

“We had a drive through penalty for spinning the wheels and came from last all the way through to third on the day. I felt like that was a huge moment as well, at the business end of the year.

“Certainly to win any Championship you need something major to happen.” 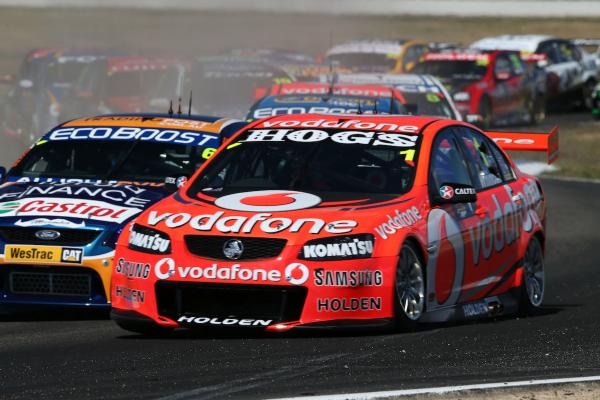 But what are your thoughts? Whincup’s only non-point scoring event after colliding with close mate and tenacious competitor Davison – is it your preferred Championship Defining Moment?

Click here to view all 10 moments and if you vote for your favourite, go into the draw to win a chequered flag signed by the 2013 V8 Supercars Champion.

Who will be victorious? Secure your ticket for the Sydney NRMA Motoring and Services 500 now and see it unfold right before your eyes.