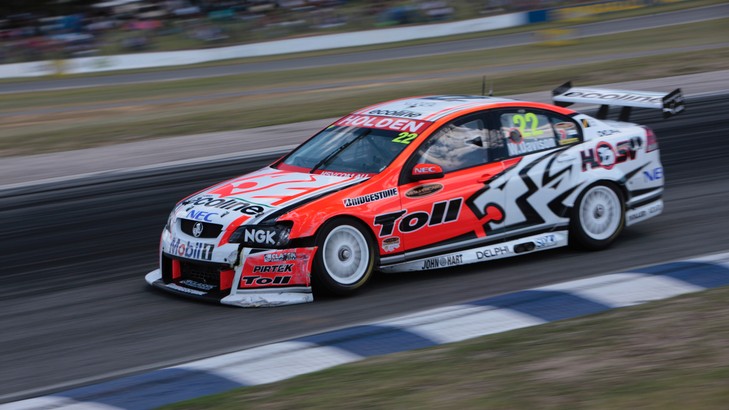 Will Davison has again been a front-runner this season and while he is in mathematical contention for the title, it’s not the closest he has been to holding up the Championship trophy.

The star driver, who has been one of the contenders many times, was arguably closest in 2009, when he was driving for the Holden Racing Team.

He entered the penultimate event – that year staged at Barbagallo Raceway in Perth – 122 points adrift of leader Jamie Whincup, who was then driving a TeamVodafone Ford Falcon.

Whincup won the first race at the short Wanneroo circuit – but it was the second race that all but ended Davison’s chances that year.

Around the mid-way mark, there was a significant accident at the final corner, with Todd Kelly’s Jack Daniel’s Commodore turned around and then slammed by Lee Holdsworth, as it was stranded on the racing line.

Cars then skidded through the corner over fluid dumped on the track from the accident, and as Davison skated to pit lane entry he made contact with the wall and damaged the front of his Commodore.

While the team attempted to patch up the front and send #22 back out to race, it wasn’t to be.

“It’s gone,” Davison said over the radio. “The steering’s destroyed.” 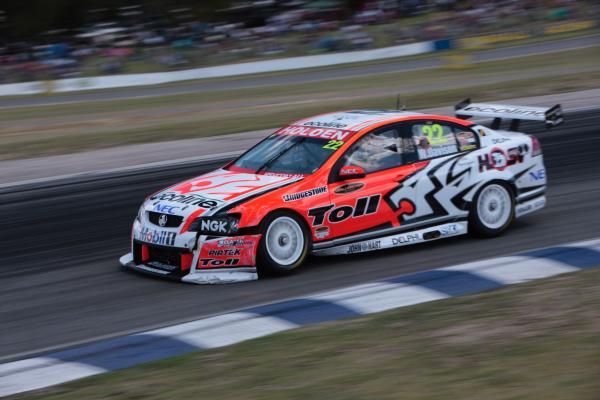 He recorded a DNF that race, losing a plethora of valuable points to Whincup, who finished fourth.

Earlier this year, Davison reflected with v8supercars.com.au on the costly incident, and the intensity of being embroiled in such a tight Championship battle.

“At the end of ’09 it was massively intense and a make or break weekend – the stakes were extraordinarily high,” Davison said.

“What can I say – it was going quite well that weekend, I was quite competitive, qualified well, was right there in the hunt and for those circumstances to unfold, it was a feeling of disbelief, really.

“We’d been putting in a solid showing, been right there in contention with Jamie.

“There had been an incident on the track and the whole pit lane had been littered with a massive amount of oil and radiator coolant, which caused six cars to crash into the pit wall.

“I was on the other side of the track when it happened and hadn’t been made aware of the condition of pit entry. I came in for a stop with the Safety Car out and pit entry was like an ice skating rink.

“There was nothing I could do whatsoever. I had no control at 20km and hit the famous old tractor tyre in Perth. That was that, it ended all hopes then and there.” 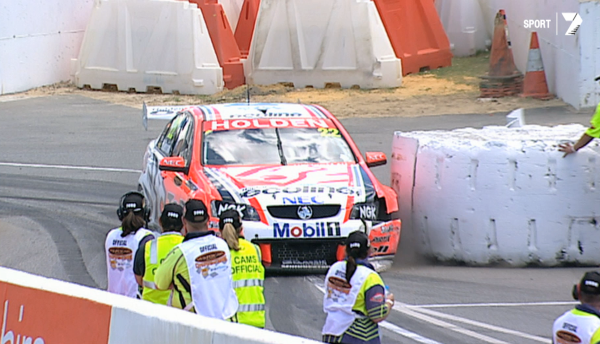 Davison was disappointed at the time and while he felt Whincup deserved the title that year, had hoped the racing would’ve gone down to the wire on-track.

“I had been looking forward to battling right down to the end and not give away too much – and it was just silly situation I couldn’t do anything about. That’s just the way motorsport goes.

“It was a massive anti-climax to a battle I was enjoying and excited about… It’s a chapter that makes for a great story one day – the bad days make the better days sweeter. I’m never bitter about the past and try and learn from my experiences to become better.”

Whincup, thinking back to 2009 and his second V8 Supercars title victory, noted the Surfers Paradise event as impacting for him.

“At the Gold Coast event I was battling with Will Davison I crashed in the third race – I think there were four race at that stage,” Whincup told v8supercars.com.au.

“I crashed in the third race and that really changed my mentality and we went on a bit of a rampage after that. That was a Championship defining moment for me.”

While there is a 223 point deficit from Davison to Whincup, the two are still in the running for this year’s crown, to be decided at next week’s Sydney NRMA Motoring and Services 500.

Was the 2009 you favourite of our 10? Click here to vote – by telling us why in 25 words or less you will go into the running for a signed chequered flag from this year’s Championship.

Get your ticket for the Sydney NRMA Motoring and Services 500 now and join the conversation with #WHOWILLWIN.