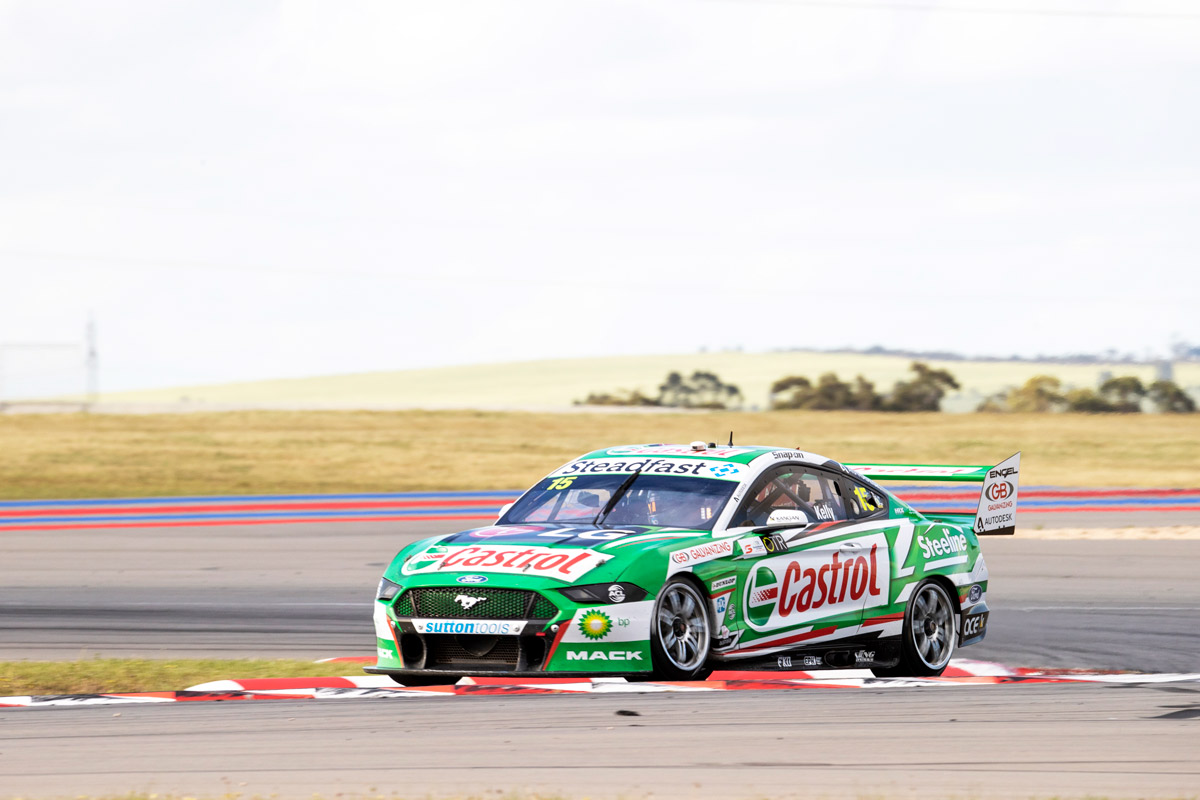 Fans have until midnight tonight to secure their place on Rick Kelly’s Ford for the Supercheap Auto Bathurst 1000.

Kelly Racing announced earlier this month an initiative whereby fans will appear on the Castrol Mustang livery at the Great Race next month.

To enter, fans are to upload a photo of themselves or their family – or even a friend or family member – to Instagram, Facebook or Twitter using the hashtag #RideWithCastrol.

The entry deadline is midnight AEST; hundreds have already got involved.

“We all know that Bathurst is going to be a little different this year with the limited tickets, it means that a lot of people that would normally attend won’t be able to this year,” said Kelly.

“So we wanted to bring them to Bathurst in a different way and spread some positivity during a tough time and it’s been really great for myself and Castrol to be able to achieve that with this special livery.

“We’ve already had hundreds of entries with people uploading their selfies with the hashtag #RideWithCastrol to have their photo be part of my Castrol Racing livery and every single one of them will be included.

“We know a lot of people are doing it tough this year so hopefully being involved with us at Bathurst brings some joy to them and hopefully myself and Dale [Wood, co-driver] can do them proud with a strong result.

“It’s been really cool for me personally because so many of the photos submitted are selfies that people have taken with me over the years at the track and at events. There was even one from when a bunch of guys spotted me doing some fishing from a canoe on the Murray about 10 years ago.

“So a lot of great photos and memories, it should make for a really cool livery.”

The #15 Castrol-backed entry will be driven by two-time Bathurst winner Kelly and co-driver Dale Wood at the October 15-18 spectacle.