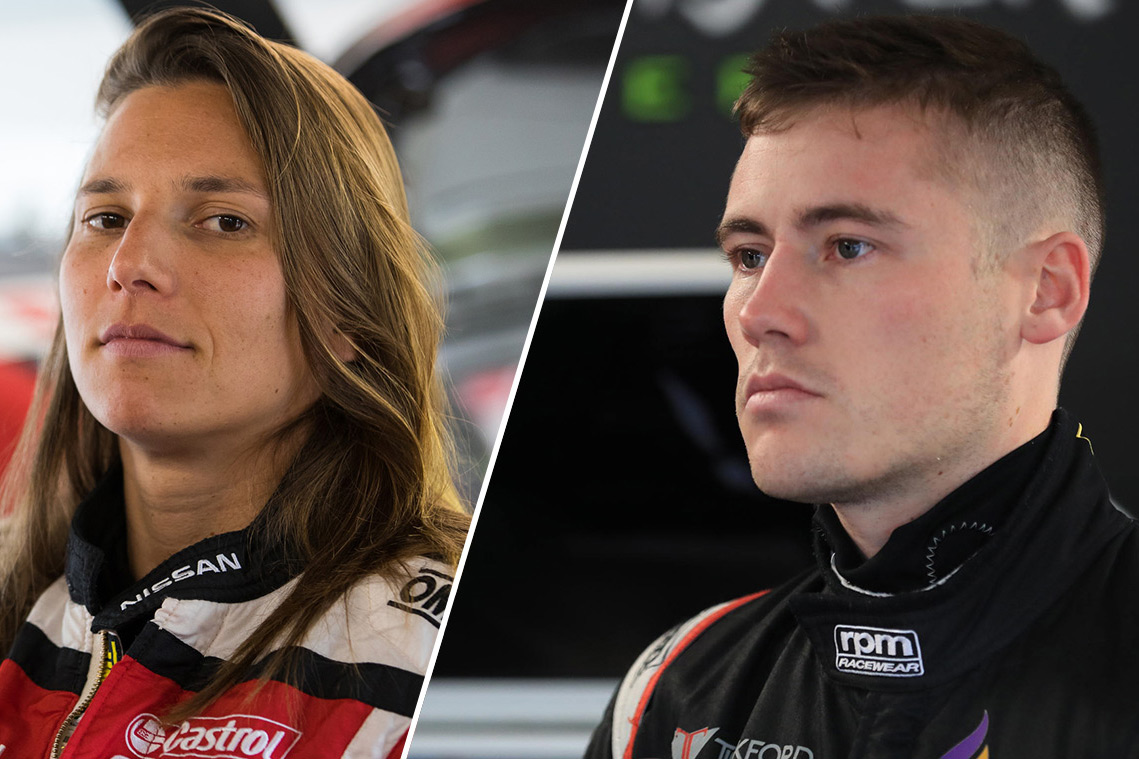 Battling back in the pack after qualifying 19th and 23rd respectively, the pair went side-by-side through the 225km/h right-hand sweeper.

Stanaway, on the outside, spun as the result of contact, leaving him last and almost 15 seconds behind the field at the end of the lap.

Benefitting from an early Safety Car, the Kiwi recovered to finish 20th, two places ahead of a De Silvestro’s wounded Nissan.

“To be honest I’ve never had to fight so hard to finish 20th, it was a really tough day,” said Stanaway, who’d finished 19th on Saturday.

“Thankfully we had an early Safety Car because I got turned around and fired off into the grass on the first lap, went off backwards at 200km/h, so I’m lucky I got it back around without damaging it.

“If the race went green like it did yesterday it would have been pretty miserable, so that first Safety Car was helpful.

“We were trying to get into a rhythm, but it’s really hard to do that when your car isn’t doing what you want it to, it made the race feel twice as long as it really was.

“Not the best weekend for us. It was nice to have a couple finishes and bring the car back in decent shape, but we can definitely do better.”

Stanaway’s rough run came on a challenging weekend for the four-car Tickford team, whose highest-placed driver in Race 10 was Chaz Mostert in eighth.

By contrast, Nissan had a highly encouraging weekend with Rick Kelly scoring a double podium, backed up by a fifth for Michael Caruso in the Sunday encounter.

“It was a bit of a crappy weekend compared to my team-mates,” lamented De Silvestro, having finished 24th on Saturday.

“I’m not quite sure what Stanaway was thinking going on the outside through the Hayshed there, so it kind of ruined our race.

“We pitted early and looked OK, but with the fuel we had to put in on the second stop we kind of went backwards.

“It felt a little bit better in qualifying, but still need a bit of work in getting where we want to be.”

De Silvestro is 24th in the standings after four events, two places ahead of Stanaway.