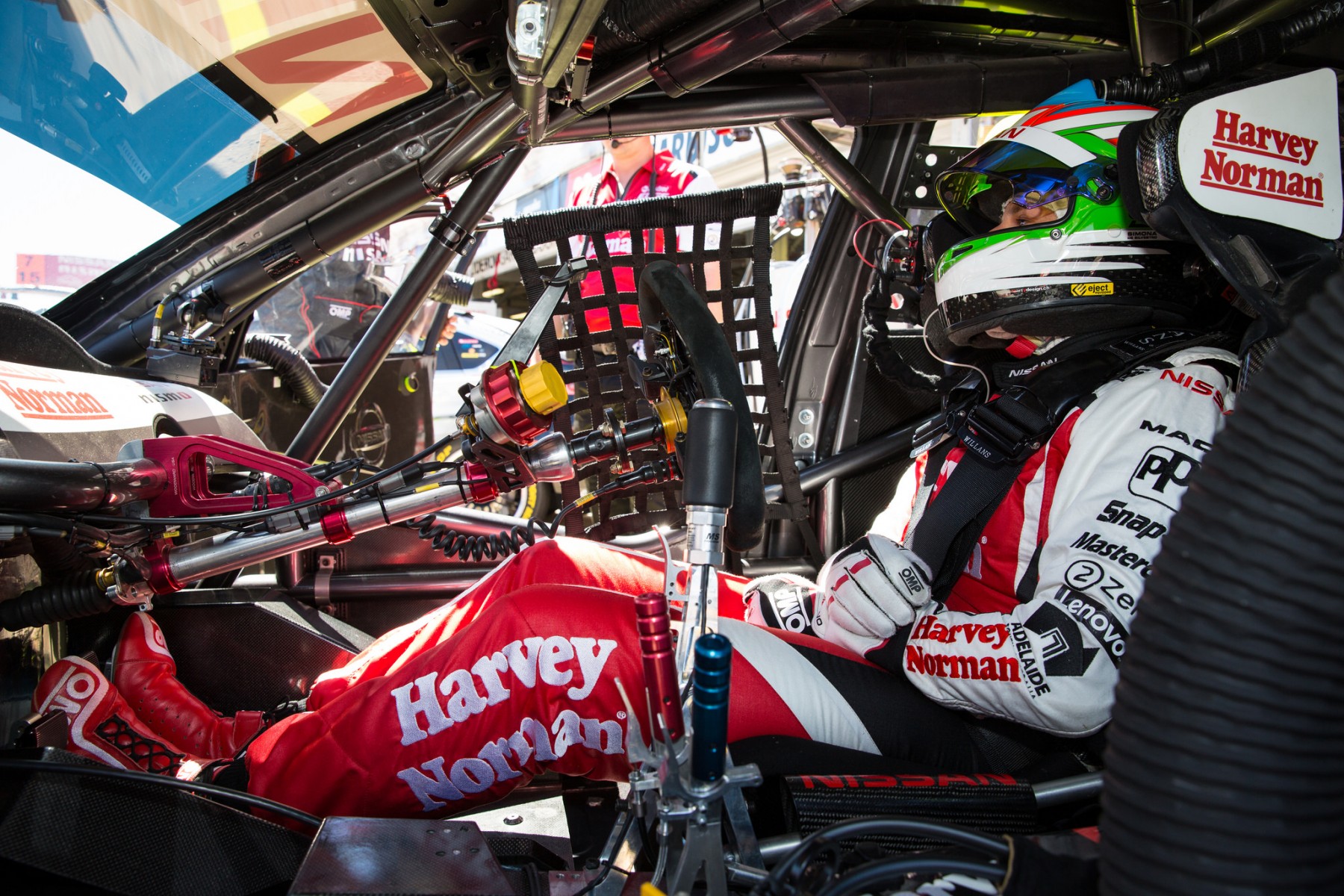 Simona de Silvestro is preparing to enter the next phase in her Supercars development with a test day at Winton this week.

De Silvestro will return to the rural Victorian venue on Wednesday, completing the second of her three rookie test days for the year.

The Swiss driver spent a day at Winton in the lead-up to the all-in test at Sydney Motorsport Park last month, where she reacclimatised to the Altima ahead of the season.

De Silvestro enjoyed a positive if largely low-key debut in Adelaide, chalking up 24th and 25th places in the qualifying sessions before finishing 20th and 23rd in the respective races.

Although her Sunday race was compromised by an incident with James Courtney and a drive-through for excess kerb use, De Silvestro says she was encouraged by the gains made.

“The biggest thing is that now I’m pretty comfortable in the car I can start working a little bit more and trying out things, which I think will help the performance,” she told Supercars.com.

“I tend to like different things in the car. I think it’s really encouraging that after one race we can start working on those things.

“At the start of the weekend and in qualifying I didn’t really feel confident in the car because I’m not quite there yet where I’m feeling the tyres coming in.

“In race two, I really felt the car under me and that was really cool because I was able to be consistent with my laps and could feel what I needed to go even faster.

“We’re talking little bits. I was eight tenths off in the race from the faster laps, it’s only little bits in each corner.

“We can get there polishing my driving but also adapting the car to my driving.

“That’s really what we’re going to use the test day for, to start to understand some changes and do some changes that will suit me better and make me go faster.”

De Silvestro spent much of the Clipsal 500 weekend working with engineer Blake Smith on processes as she adjusts to the cars and category.

While the Winton test will be about feeling set-up changes, De Silvestro will have four non-championship races at Albert Park in which to improve her race performance.

“There were a few things that I have to polish off,” she said, having been relegated to the back of the race two grid for impeding Nick Percat in qualifying.

“My starts where pretty bad which is something I have to get on top of.

“The whole process of how qualifying works, how many sets of tyres, how the tyres come in, all those things that when not you’re used to a series you don’t quite know.

“I think that’s what makes the difference to the top guys. They know what to expect and they go out and deliver. I still need to find my way a little bit.

“If you qualify better your race is going to be better as well. That’s really the focus for Albert Park and just working on the car for what I need.

“Hopefully the track suits me a little bit more (than Adelaide), but it’s hard to say until we get there.”