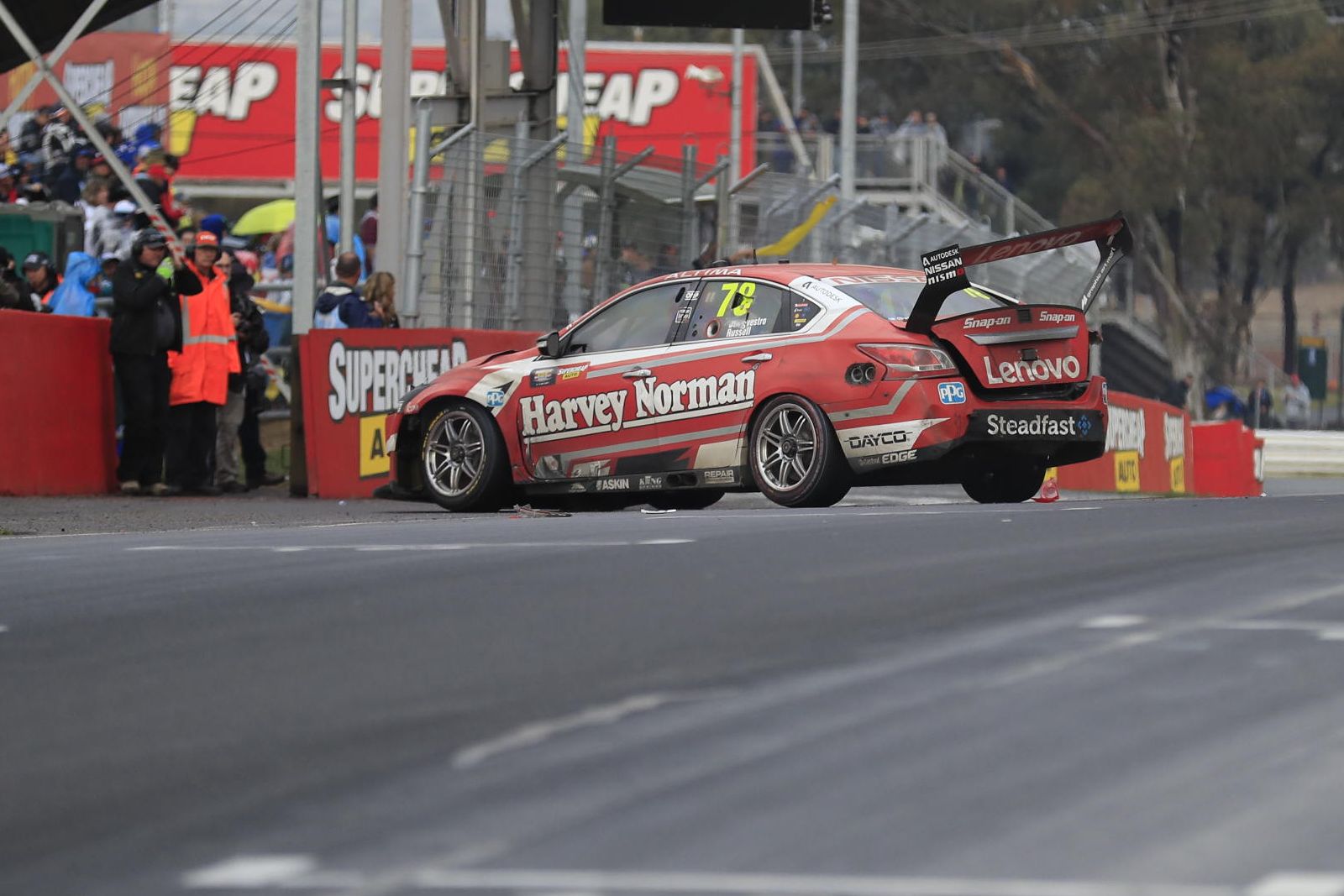 Simona De Silvestro says she is frustrated by the “silly mistake” that ended her Supercheap Auto Bathurst 1000 and hopes of a maiden top 10 Supercars race finish.

Contesting her third Great Race after running as a wildcard in 2015 and ’16, De Silvestro was running ninth in the Nissan Altima she shared with David Russell in the final stint.

However the first-year Supercars full-timer crashed on the front straight after getting up on the Murray’s Corner exit kerb in the greasy conditions with just eight laps to go.

That finish would have eclipsed De Silvestro’s best Supercars race result of 13th, but the Swiss racer instead recorded her first DNF.

"It was good to show what we're capable of,” De Silvestro, whose Altima will be repaired in time for the Vodafone Gold Coast 600, said.

“But I messed up and that's pretty hard to get over. The guys worked hard all weekend and put me in that position.

“So it's frustrating to end the weekend with a silly mistake. The team made some pretty good calls as well as some pretty hairy calls when it was wet.

“There haven't been many races in the wet this year, but around this place it becomes even more of a handful.

“Things change so quickly out there and driving on slicks was a whole new challenge.

“I learned a lot and really enjoyed driving with David.”

De Silvestro had qualified 23rd and the Nissans - other than Rick Kelly - struggled in the wet first half of the race.

Despite the lack of a result, general manager Scott Sinclair was encouraged by De Silvestro and Russell’s performance.

“Really disappointed for Simona and all the crew on her car,” he told Supercars.com.

“She and Dave Russell did a fantastic job and Dave did a really good job in the wet to put them in a position - I think they were ninth at the time - when they went off.

“That’s the best that car’s raced probably all year, so it’s really disappointing, but a lot of positives to take from that.” 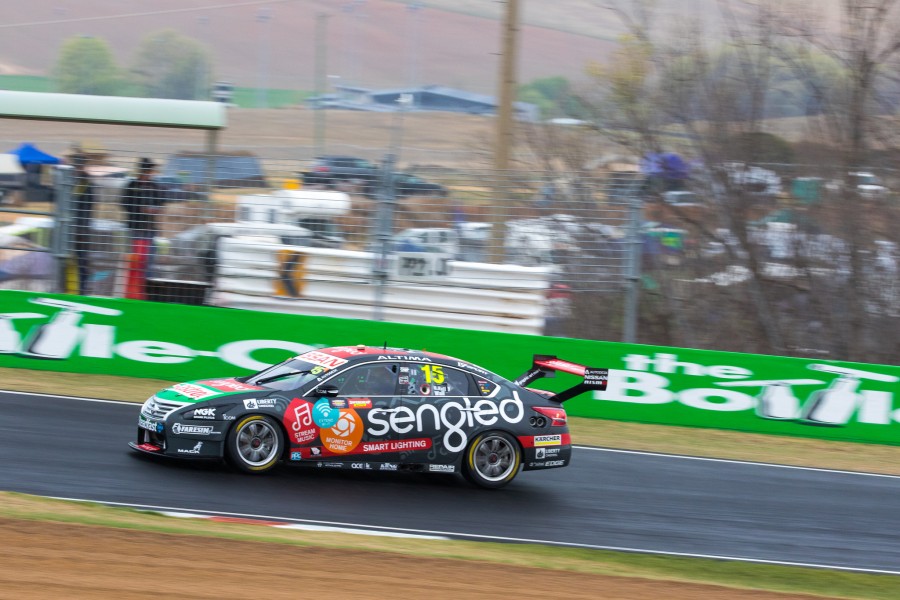 Rick Kelly and David Wall were running just ahead of Caruso when the team co-owner tried to pass Cameron Waters’ Prodrive Falcon around the outside of the Chase on lap 133.

The two-time winner edged wide of the dry line on slicks, overshooting the corner and ultimately unable to drive through the gravel trap.

“We had a good crack at it, that's for sure,” Kelly said.

“I got a good run on Cam and we got slightly in front of him.

“Caruso gave me a bit of a nudge from behind. That gave me enough momentum to sneak my nose ahead.

“It put me on the wet line in the Chase. I didn't know what was going to happen. I thought [Waters] might've backed out, but he didn't. He had every right to not back out.

“I didn't want to jam the brakes on because I didn't know where Caruso or Waters were by that point.

“It was a pretty hairy moment. There was no slowing down until right near the sand trap.

“We were very lucky to finish where we did. But at least we didn't die wondering."