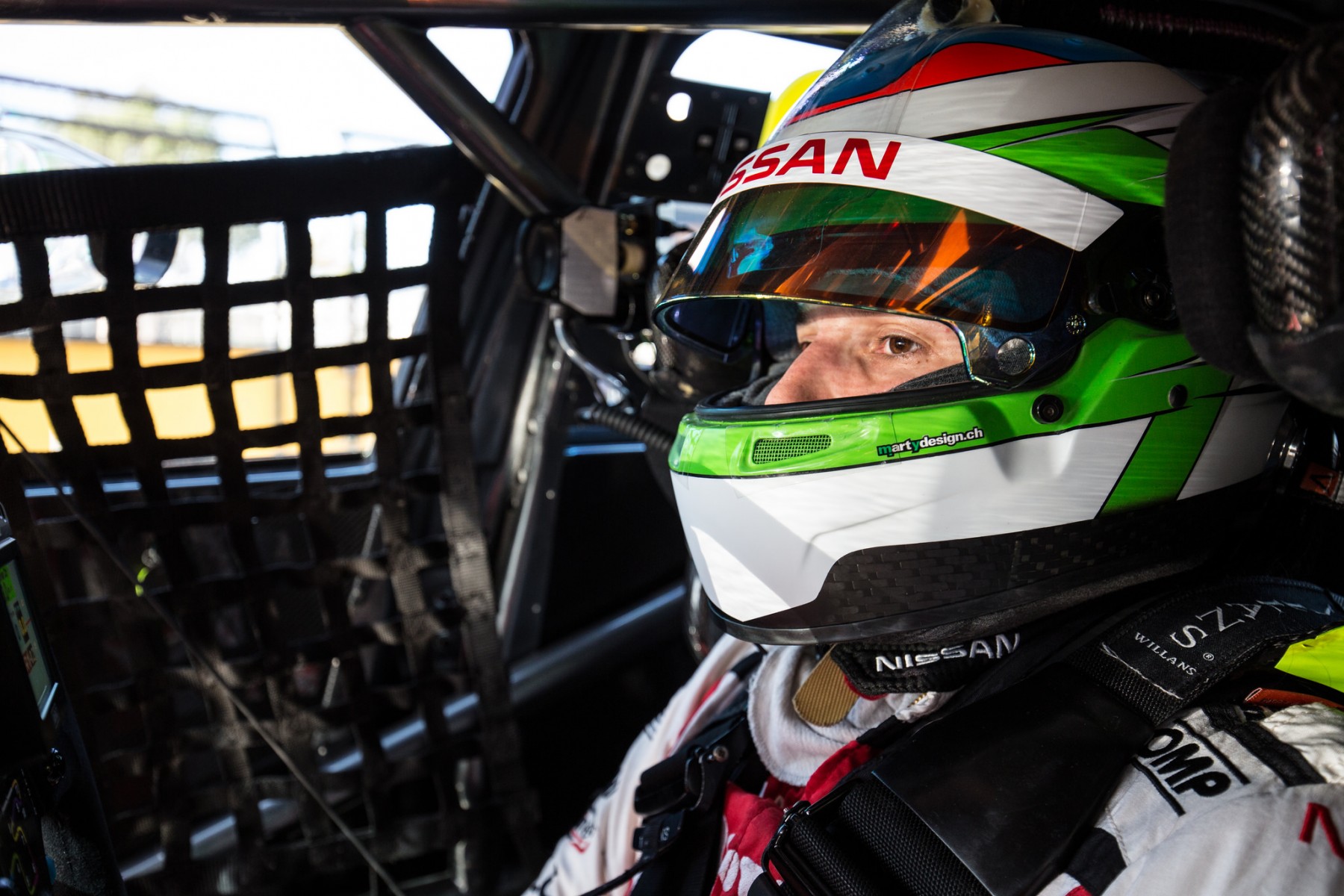 Simona De Silvestro has been docked 25 points for her hit on Jack Le Brocq in the opening race of the Coates Hire Supercars Melbourne 400.

De Silvestro attempted to pass Richie Stanaway into Turn 15 during the early stages, but overshot the corner and tagged Le Brocq.

The Tekno Holden spun before rejoining to finish 20th, while right-front damage to the Nissan ended De Silvestro’s race.

Stewards confirmed the penalty this morning ahead of today’s two races, for which De Silvestro will start 18th and 19th.

De Silvestro dropped from 16th to 23rd in points with her failure to finish, which is an early setback in her second full-time Supercars season.

The Swiss declared the incident "my fault" after stepping from her car, while rookie Le Brocq said he still learnt plenty from the 25-lap contest.

“It was a bit disappointing to get turned around, it’s never the best thing in the world,” Le Brocq told Supercars.com.

“We had a pretty good car, but I pitted a bit early, tried to get a bit of an undercut and it sort of worked out alright for us.

“We caught back a few places. It’s all learning for me, I’m just trying to understand how this car works.”

Stanaway’s team also incurred the wrath of officials in Race 3, with a $3,000 fine and 30 teams’ championship points docked for a pit infringement.

“During its Pit Stop, a wheel from Car #56, Richie Stanaway, was observed by a Supercars Official to roll from the working lane and cross into the fast lane of Pit Lane,” read the bulletin.

“The Stewards imposed a Fine of $3,000 and the loss of 30 Teams Championship points on Tickford Racing for a breach of Rule D11.7.2 (During any Pit Stop all equipment and parts must always be under the complete control of the Designated Pit Crew).”