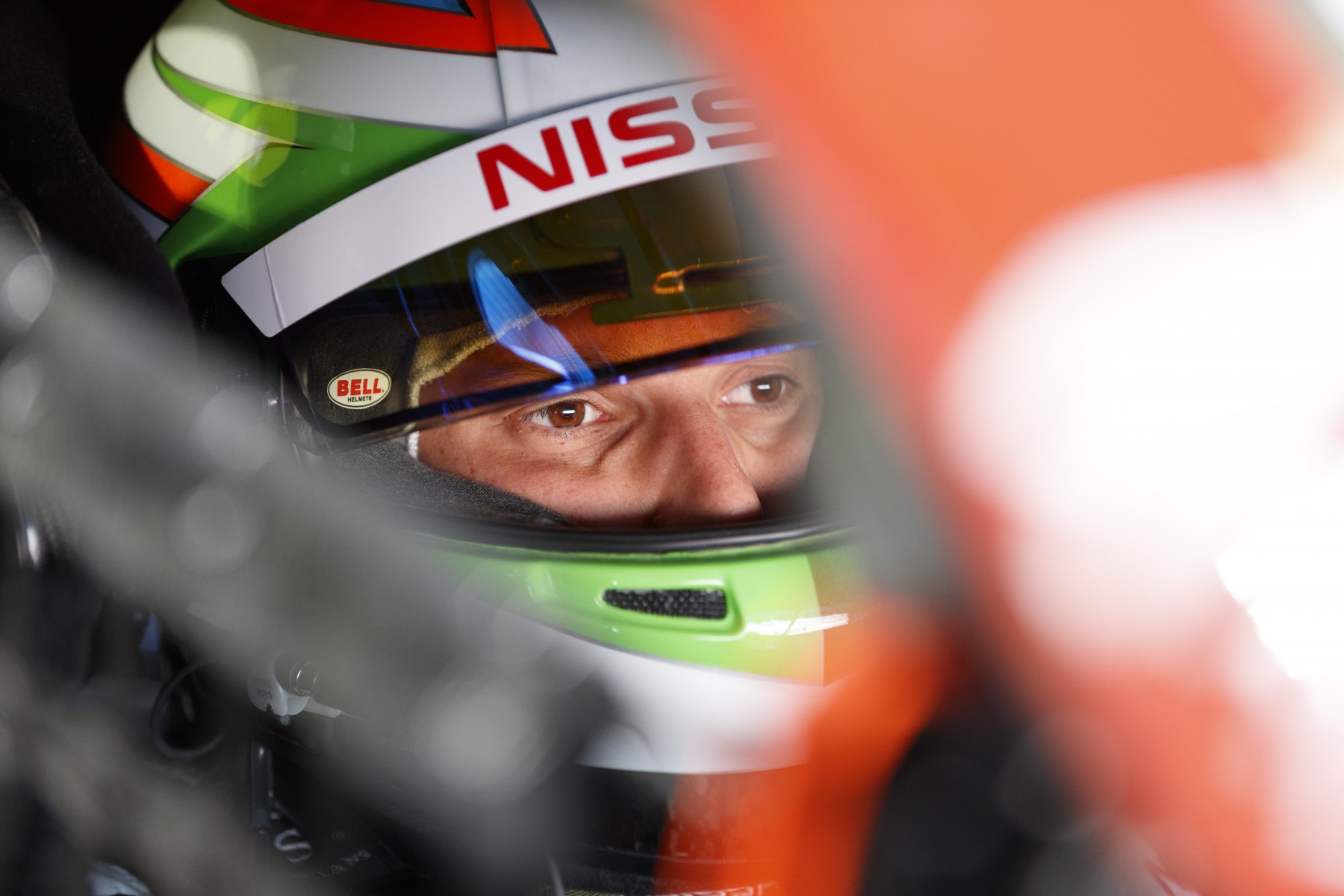 Simona De Silvestro is expected to meet with Supercars officials prior to Albert Park after her incident with James Courtney at the Clipsal 500 Adelaide.

The 28-year-old was hit from behind by Courtney as she dived to the pits for her second stop on Sunday, spinning the Harvey Norman Altima at high speed.

Courtney apologised to De Silvestro in a post-race interview, stressing that he was unaware that the Swiss rookie was pitting.

A post-race investigation deemed that neither driver was wholly or predominately responsible for the incident, resulting in no penalties being applied. 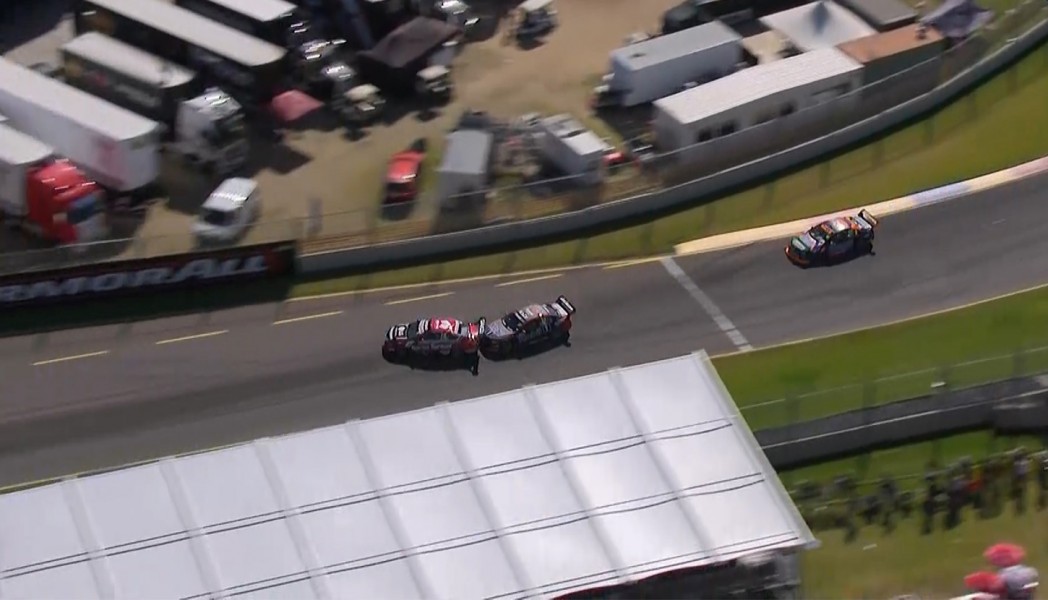 De Silvestro was on the racing line when the contact occurred

“I don’t quite understand their point of view,” De Silvestro told Supercars.com of the outcome of the investigation.

“I was clearly pitting because I was braking throughout the corner and it’s not a corner where you usually brake.

“It was pretty obvious that I was trying to get into the pits and I think it’s quite weird when somebody hits somebody to not get a penalty for it.

“I didn’t quite understand the logic behind it but it is what it is.”

Courtney and De Silvestro were interviewed post-race by Deputy Race Director Michael Masi as part of the investigation.

While the pit entry was not discussed in the drivers’ briefing at the weekend, Supercars rules state that the onus is on the driver who is pitting to “make sure it is safe to do so”.

Drivers typically hug the inside kerb through circuit’s penultimate corner on the way into pitlane, showing their intention to pit.

Onboard footage reviewed by officials showed that De Silvestro was still on the racing line when she braked, giving no warning to Courtney that she was pitting. 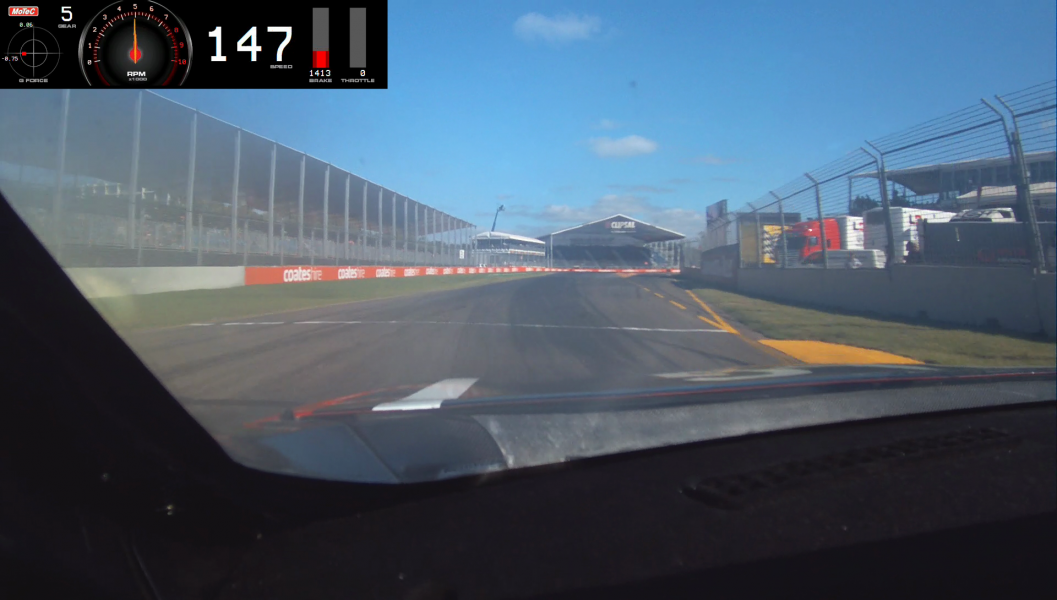 De Silvestro attempted to enter pitlane from the racing line 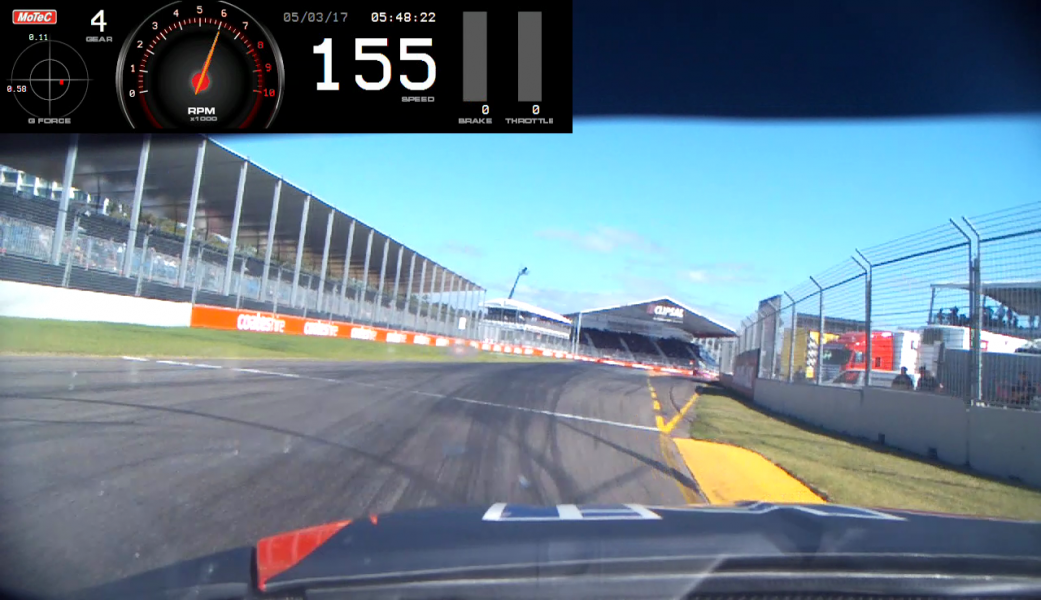 With De Silvestro having left the track on Sunday before the verdict was delivered, officials have offered to sit down with the driver at Albert Park for a full explanation of the decision.

“I don’t know what to say because I don’t think it was fair,” De Silvestro added when asked if she is keen to speak further with the officials at Albert Park.

“I don’t know how else I could get to the pits and it ruined our race. That was it for the day.”

Regardless of the incident, De Silvestro said she was highly encouraged by her speed in Sunday’s race, where her fastest lap was just one second adrift of the lap record.

She’d earlier been 1.4s and 1.9s away from the benchmark in the respective qualifying sessions, trading 24th and 25th with Lucas Dumbrell Motorsport’s Taz Douglas.

The Harvey Norman Nissan was, however, forced to start from last in Race 2 after being penalised for impeding Nick Percat during qualifying.

“I think in Race 2 I’m ahead of where I thought I’d be,” she said of her overall progress in the category.

“I was racing cars and after I got hit I was a lap down but in between the two leaders and they weren’t a second a lap quicker or anything like that.

“I think that was really encouraging for myself. We’re starting to get there.

“The feeling I had with the car in Race 2 was more normal to me and that was something that really improved throughout the weekend.”

Onboard video of the incident from Courtney's Holden