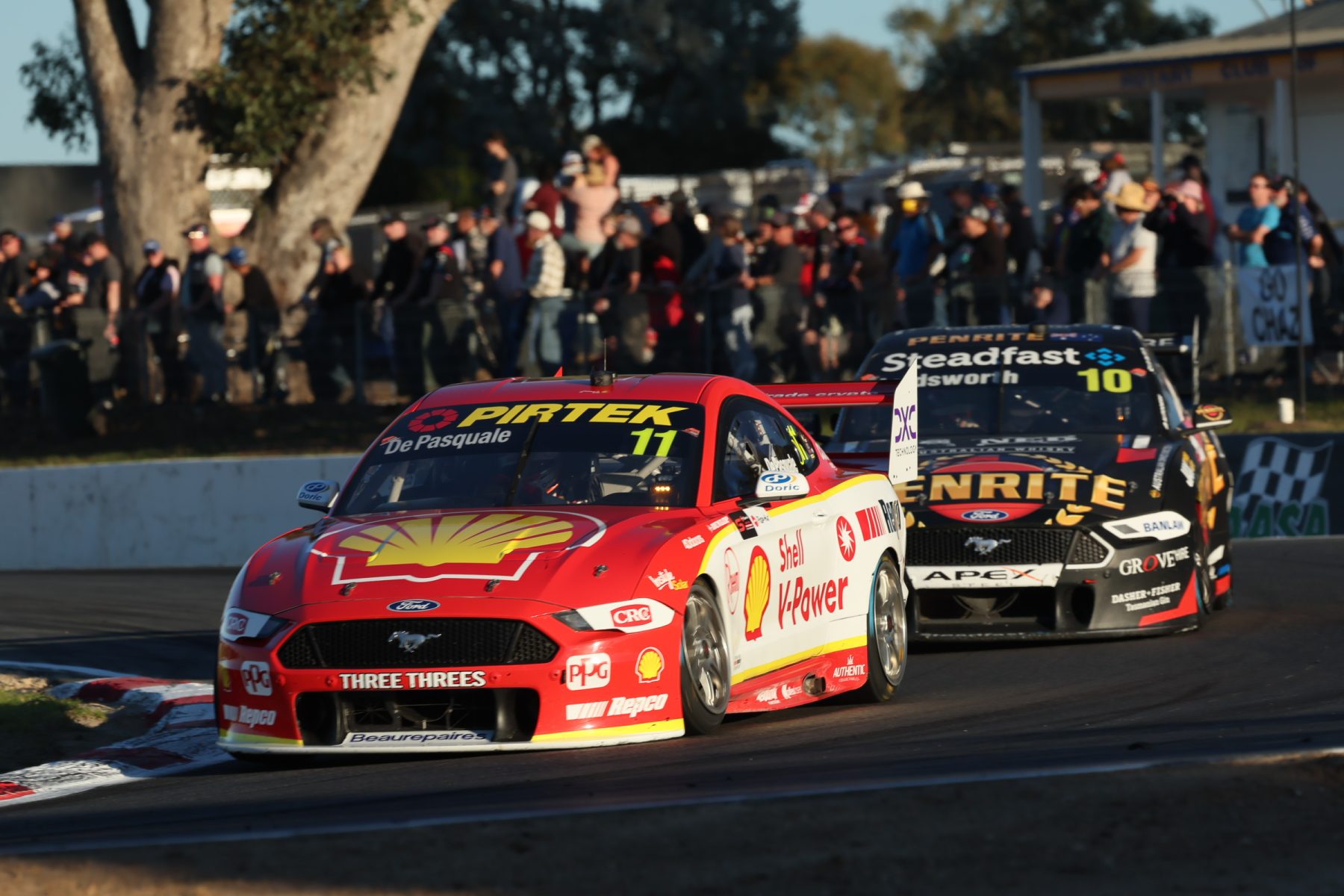 Shell V-Power Mustangs missed the podium at an event for the first time in 2022.

Will Davison dropped to fourth overall behind Cam Waters, who won two races.

“No, not really,” De Pasquale said on Supercars’ Cool Down Lap podcast when asked if he was content with his weekend.

“Obviously, we want to be fighting at the front, and where those guys were.

“We didn’t have that this weekend, and it’s something we need to get back for the next round.”

The team was playing catch-up from the get-go, with Davison unable to qualify in the top 10.

The next stop on the calendar, Darwin’s Hidden Valley, proved fruitful for the team in 2021.

The former reiterated the team must be prepared should Shell V-Power Fords roll out poorly at the beginning of a weekend.

“We qualified on the second row for the last one,” he said.

“That was as good as we were for the weekend.

“We still sort of fell back with a bit of speed… just general car speed, we didn’t have.

“It’s something that could pop up again, so we have to be ready for it."

The crucial takeaway for double-win Waters