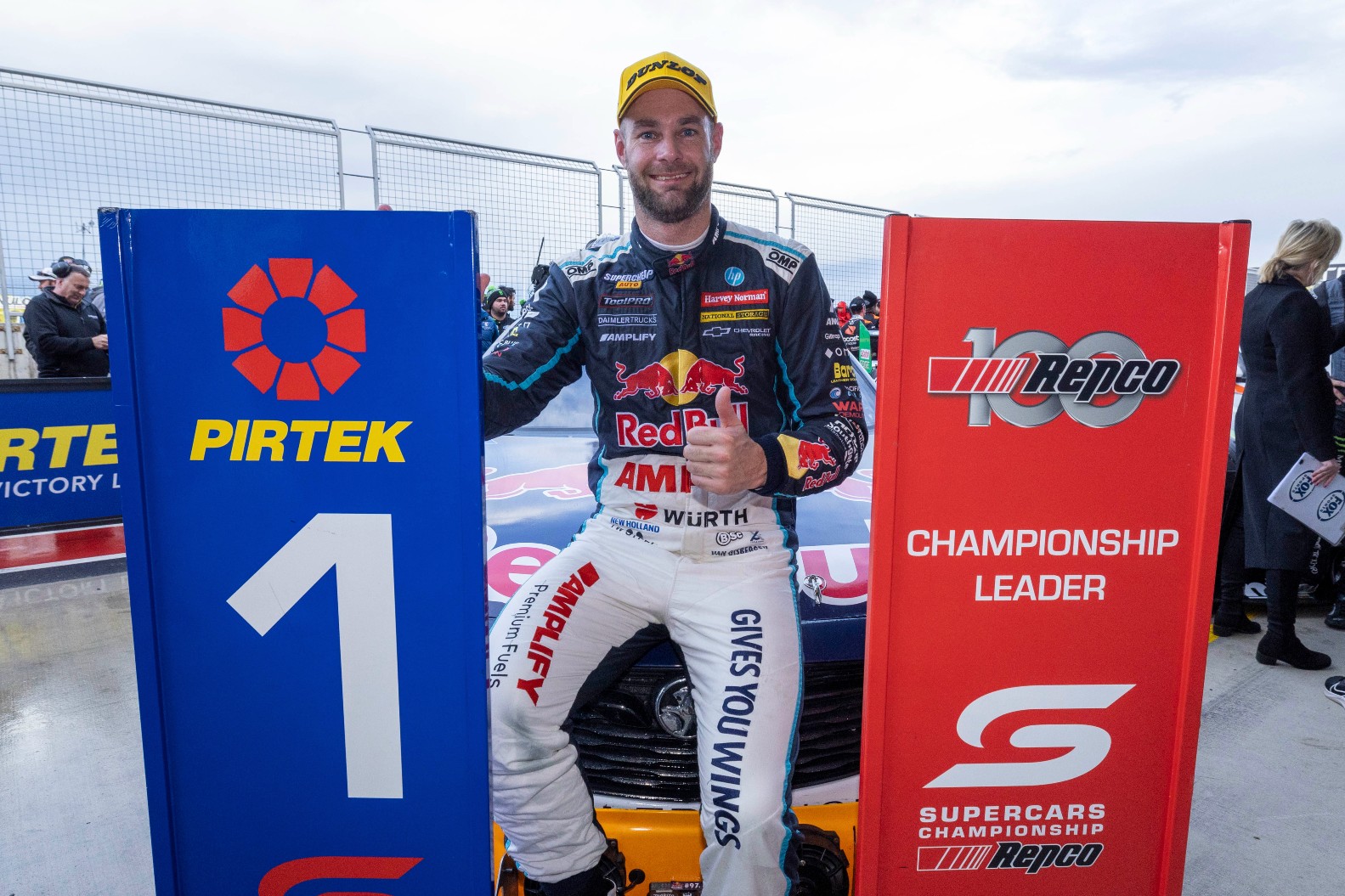 Van Gisbergen won all three races at last weekend’s round in Tailem Bend.

The reigning champion is now 393 points clear atop the championship standings.

De Pasquale’s efforts weren’t without trying, with the Shell V-Power Racing Team driver racing in the top three in Race 23.

However, as van Gisbergen and Cam Waters grappled with the conditions, De Pasquale dropped to seventh.

Waters went to second in the standings ahead of De Pasquale, who was adamant he was going all-out to win every race.

However, he said van Gisbergen’s strength has been converting to victory.

Through 23 races, van Gisbergen has 14 wins to De Pasquale’s one.

“You’re never ultimately trying to bank points or anything like that.

“You’re trying to win races and go as fast as you can.

“Obviously he’s been a few steps ahead of the field all year.

“That doesn’t change what we do, we’re just trying to make our cars as fast as possible.

“He’s doing a better job at that.”

Van Gisbergen looked at home in the rain on Sunday, and beat home Waters by nearly nine seconds.

De Pasquale had a spin, and crossed the line 33 seconds from the lead.

He said the rain masked his chances of testing new changes in the finale, in which he started second.

“It was super sketchy,” he said of the rain-affected Race 23.

“It was okay until it started raining hard.

“There was a bit of aquaplaning… I had a couple of big offs, sort of full lost control.

“Fortunately I was in the front few, so the spray wasn’t too bad.

“It’s always stressful in the rain, your eyes don’t blink much and you’re hanging on for dear life.”

De Pasquale is 395 points behind, with Red Bull Ampol Racing opening up a 121-point lead.