De Pasquale on ‘living up to’ McLaughlin success 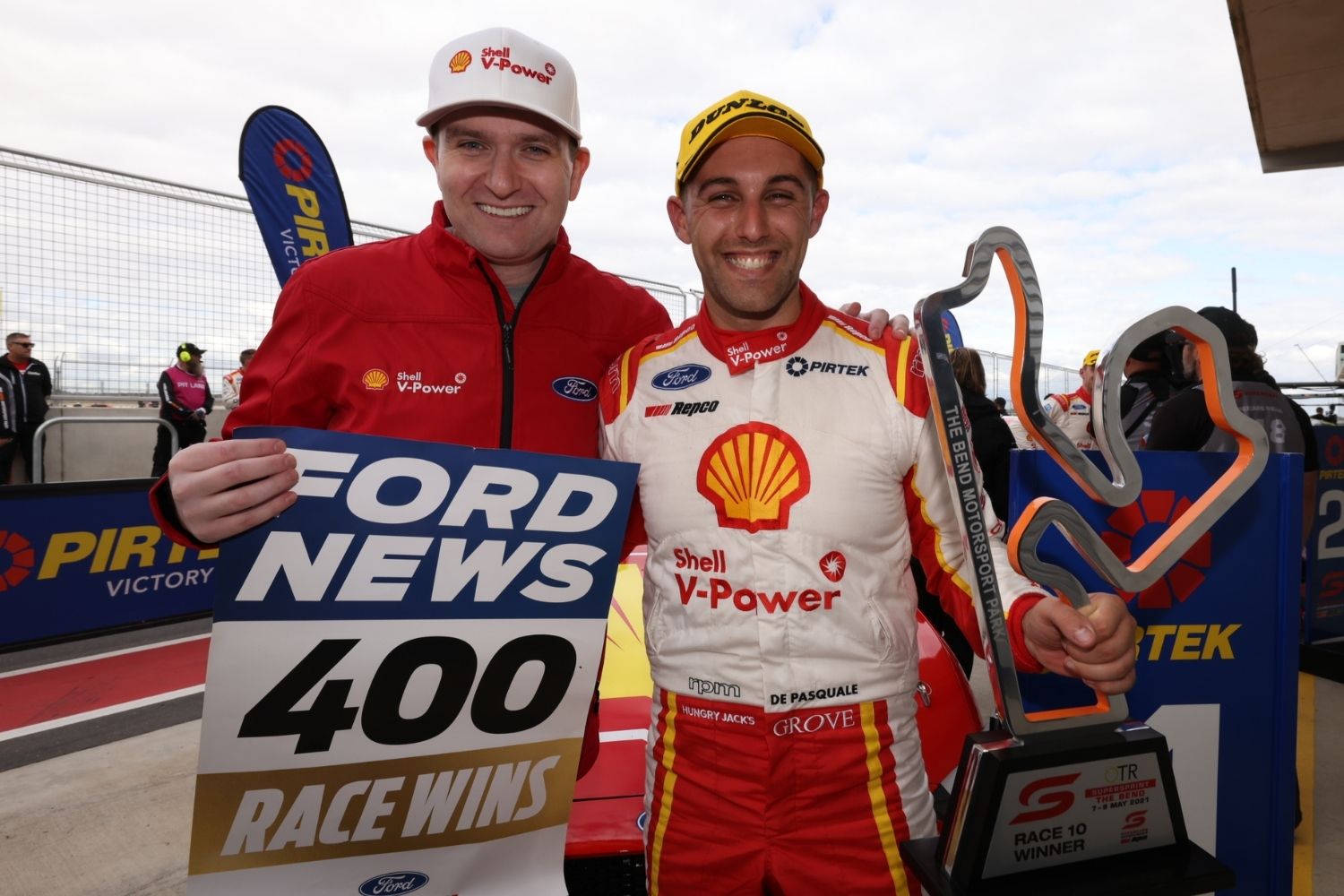 A maiden win has cemented Anton De Pasquale into the Ford history books, but the Shell V-Power Racing Team driver is aware there is "a lot to live up to" the match the success of predecessor Scott McLaughlin.

In a mostly error-free run, the 25-year-old was able to hold off teammate Will Davison through the first few corners, to lead the race to the flag.

Davison applied pressure from second throughout the 24-lap sprint, but was ultimately unable to pass his stablemate.

Scoring a career-first clean sweep of Sunday’s pole positions at The Bend, De Pasquale reflected on his second career win, and first in Shell colours.

“You’re trying to take over from the guys that have been massively successful, so they’re a lot of work for us to do to live up to that.

“We are building on it and trying to work out what works.

“We are both on the front row, so we both are on the right path, and every time we come to the track are feeling better and better.”

Watching on was team boss Ryan Story, who is making his first appearance in the Supercars paddock in over a year.

With starting from pole position for Race 11 now his main focus, De Pasquale admitted he won’t be resting on his laurels.

“I don’t think our car was amazing in the race; it was outstanding in qualifying, but we’ve got a little bit of work to do,” he said.

“It’s hard because we always want to make it better... we are greedy like that.”

De Pasquale will line up alongside seven-champion Jamie Whincup, with Cameron Waters and Shane van Gisbergen occupying the second row.