De Pasquale finished on top through a pair of late improvements, his 1:20.8958s good enough to be three tenths clear of Mustangs driven by Lee Holdsworth and Fabian Coulthard.

McLaughlin's title defence got off to an inauspicious start, stopping at Turn 11 after 11 minutes.

The Shell V-Power Racing driver reported a loss of power steering, and low oil pressure was also noted, with a thrown belt the culprit.

"Our car felt really good. We were on a race run there and just having a bit of a fun time," McLaughlin explained.

"The Shell V-Power car felt good, but we just had a bit of a problem there engine-wise.

"It’s a good start for everyone, unfortunately a little thing went wrong on my car, but Fabs is up there.

"Overall I’m stoked, I just need to work on it overnight."

That caused a red flag, which was followed by another stoppage when James Golding's Boost Mobile Racing Commodore found the new tyre wall at Turn 7.

Through all of that, Coulthard led the way with a 1:21.5068s, sitting 0.0012 seconds clear of Shane van Gisbergen with Chaz Mostert third.

Running resumed with eight minutes left on the clock, and times tumbled in a late flurry of new-tyre runs.

De Pasquale, who made his debut in Adelaide 12 months ago, was the first to displace Coulthard, in the final minute with a 1:21.1628s.

That was initially fastest by four tenths but after the margin was trimmed he improved again to the session-topping 1:20.8959s after the chequered flag was shown.

"It’s good to start the year off on a high, I think it’s the first time I’ve topped a session too," De Pasquale said.

"It’s good for the boys and girls, heaps of confidence for the rest of the season.

"It’s only early days, so I don’t know what everyone else is doing with tyres and all of that stuff, but it’s good to start on a high."

Holdsworth started his Tickford Racing tenure with the second-fastest time, jumping up from outside the top 10 in the closing moments, with Coulthard third.

David Reynolds ensured both Erebus-run Penrite Commodores were in the top four, taking fourth despite glancing the Turn 7 tyres. 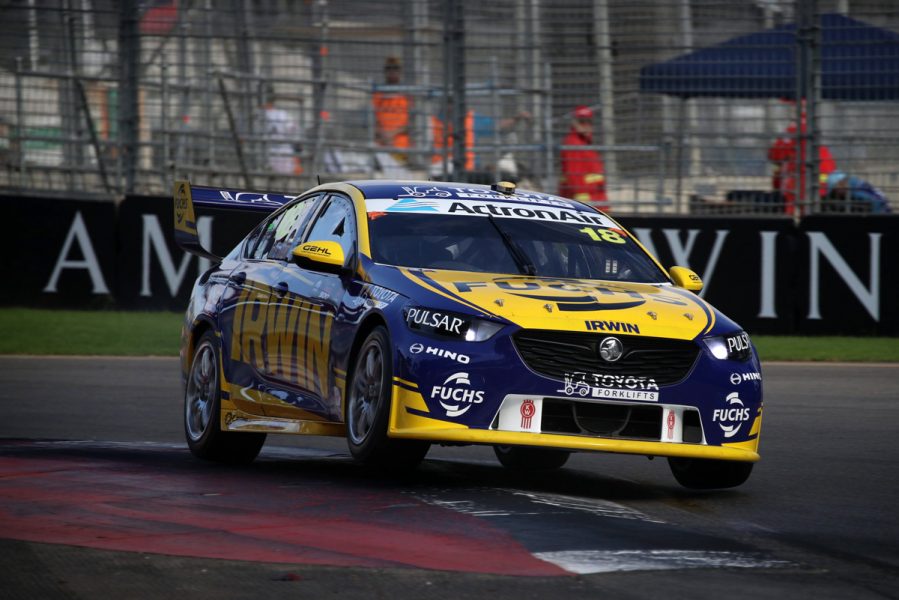 Mark Winterbottom sat as high as second late on his IRWIN Racing debut and wound up fifth, ahead of Cameron Waters, van Gisbergen and Mostert.

Van Gisbergen had an off at Turn 4 on his final run, while Will Davison and Scott Pye rounded out the top 10.

Five of the Mustangs finished inside that top 10, with McLaughlin winding up 12th in the order, one spot ahead of Jamie Whincup.

Garry Jacobson was the best of the rookies in 20th, with Macauley Jones 22nd.

Practice 2 at the Superloop Adelaide 500 starts at 11:40am local time on Friday.