Anton De Pasquale thought he nearly threw away the lap which netted him a lap record-breaking pole time in Darwin.

De Pasquale will start Saturday’s afternoon’s Merlin Darwin Triple Crown opener from pole position, which was this third in a row.

The Shell V-Power Racing Team driver opened his account with ARMOR ALL Pole Position for Race 10 at the last-start OTR SuperSprint, and backed it up with Race 11 pole.

The 25-year-old will now aim for a second win in three starts, having raced from pole to victory in Race 10.

However, an error on his lap at the Turn 6 hairpin nearly cost him dearly; De Pasquale battled to pull up into the slow left-hander.

Conversely, teammate Will Davison was start from 24th after he was bumped from the opening session.

“I said to the boys when I came in, I think the lap was pretty good other than one mistake, which was looking like enough to lose it,” he said.

“Obviously the thing was a rocket ship, and sort of just held on for the rest of the lap.

“Good to get three in a row, and we’ll try and convert this afternoon.” 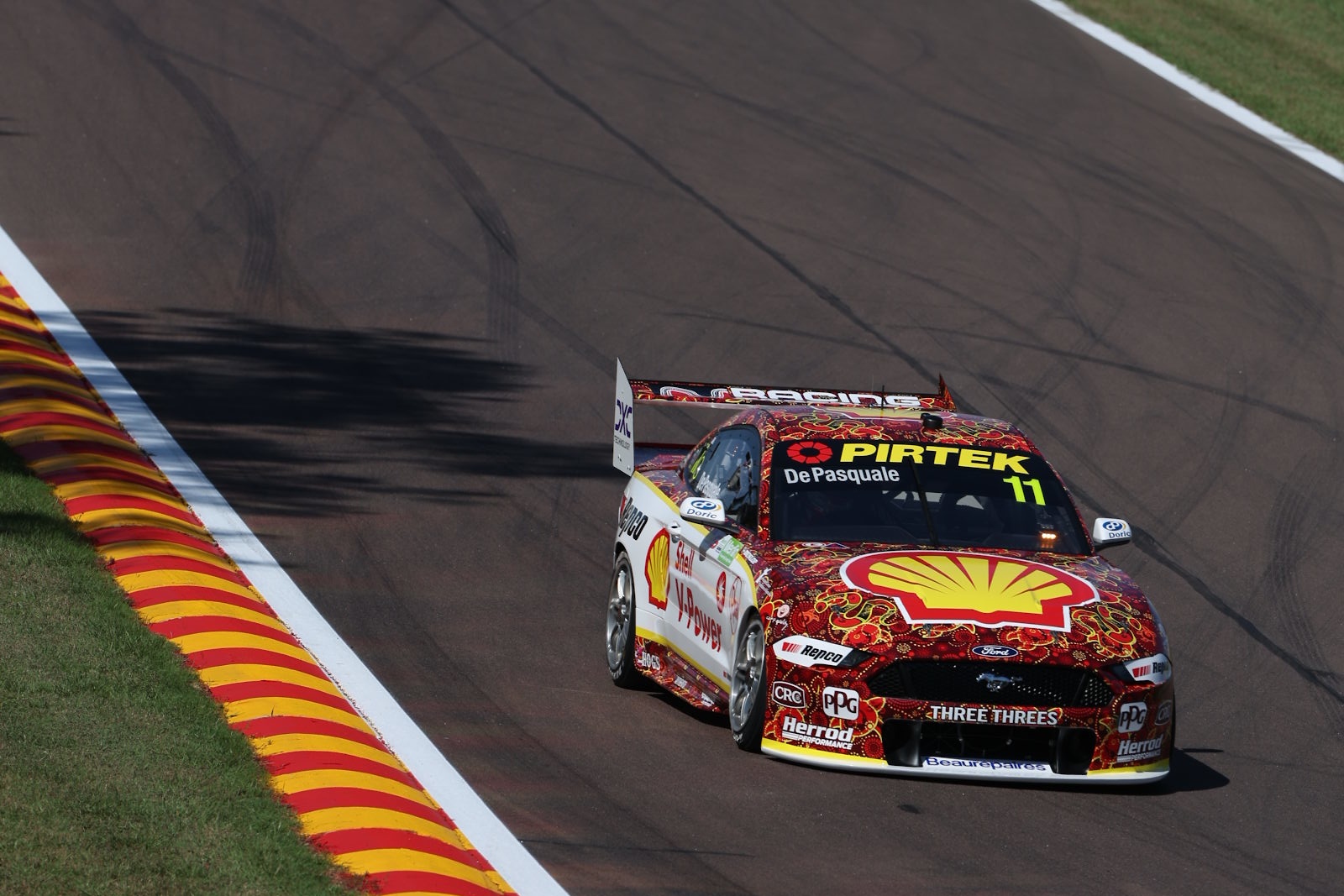 “That’s cool to be sort of be in the same sentence as legends like that,” he said.

“I’ve never been one for stats; probably one I’ll look back at it in a few years and see how cool it was.

“I’m lucky to have a fast car and be able to use it.

“Looking forward to the race this afternoon.”

Just 10 of the last 33 races have been won from pole in Darwin; De Pasquale himself won from sixth in the chaotic 2020 opener at Hidden Valley.

The 26-car field will also have to contend with Dunlop’s new Super Soft tyre, which is making its debut this weekend.

When asked how the tyre may perform in the 38-lap races, De Pasquale said: “I’ve got no idea.

“I don’t think anyone does.

“Obviously the tyre has much more grip than what we’re used to, and we’ll see how long it lasts.

“We’ll be giving it everything and will be pushing hard.”