A blockbuster Top Ten Shootout lap in Townsville has helped Anton De Pasquale claim a fourth ARMOR ALL Pole Position of the season.

De Pasquale was the final man out in the one-lap dash, and set a 1:12.639s to clinch his first pole since Darwin in June.

It was a three-part qualifying session to remember, with high-profile scalps, accidents and a Ford Mustang top three the key takeaways.

De Pasquale had it all to do on his shootout lap, with seventh-man out Cameron Waters recording a 1:12.806s to firm for a first pole since the April trip to Tasmania.

However, the Shell V-Power Racing Team driver was supreme in all three sectors, helping himself to a maiden Townsville pole and fourth pole in eight attempts dating back to May’s OTR SuperSprint.

With his 1:12.938s, series leader Shane van Gisbergen topped the opening segment of the session ahead of Brodie Kostecki and Waters.

Behind van Gisbergen, however, several tales of woe were just seconds away from unfolding.

Teams again mixed tyre strategies for the second part of the session, with De Pasquale leading through the opening five minutes on a 1:12.991s.

Mostert improved early on to sit third ahead of Courtney, with van Gisbergen and Jamie Whincup yet to clock representative times.

As De Pasquale and Shell V-Power Racing Team teammate Will Davison remained in the lane, the rest of the field aimed for a shootout berth.

On his first effort, van Gisbergen ran long at Turn 3, ensuring he only had one lap to seal passage into the shootout.

The series leader was able to record a time good enough for sixth behind De Pasquale, Davison, Mostert, Waters and Whincup. 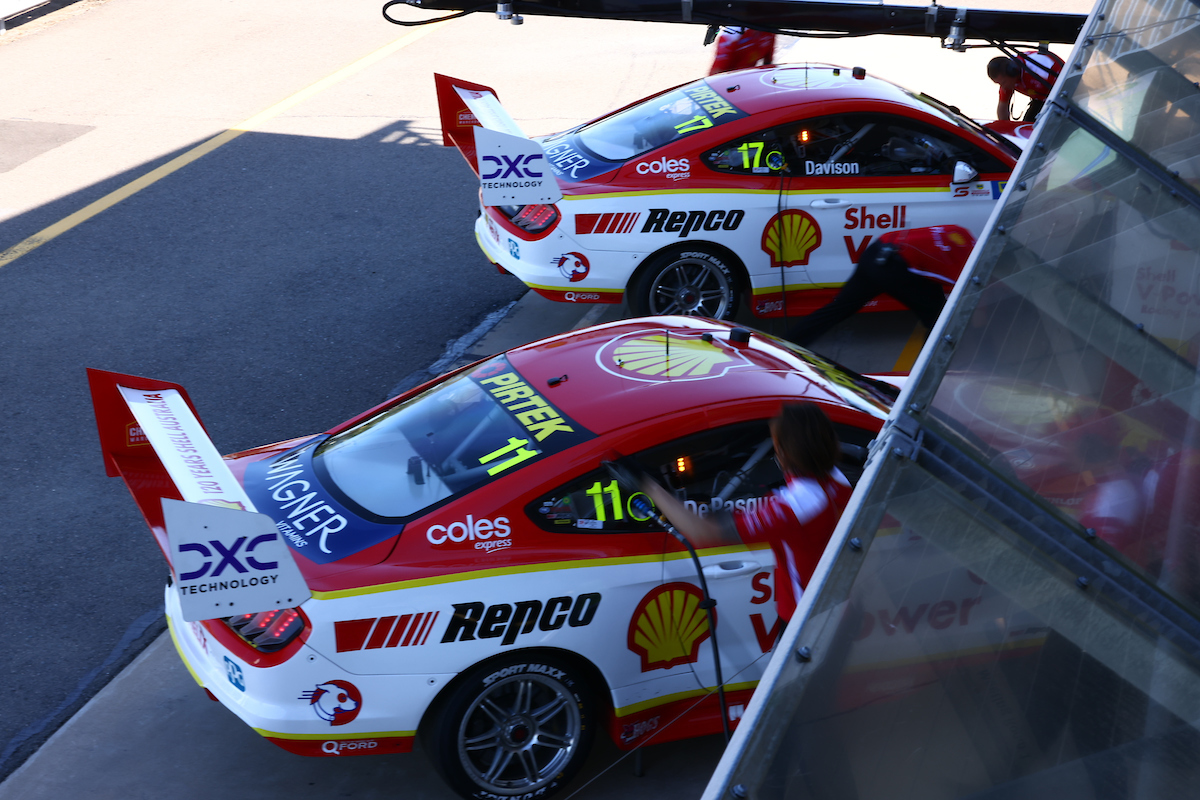 Zane Goddard was an impressive seventh despite suffering major locking at the final corner on his timed lap, with Nick Percat, Todd Hazelwood and Courtney rounding out the top 10.

Erebus Motorsport duo Kostecki and Will Brown were 11th and 12th ahead of Jack Le Brocq, with Mark Winterbottom 14th ahead of the Kelly Grove Racing duo.

The most significant disappointment was Pye, who just two hours after pacing morning practice, qualified 18th.

First-man Courtney opened shootout proceedings with a 1:13.652s, which was immediately undercut by Hazelwood’s 1:13.398s.

Percat displaced his Brad Jones Racing teammate by 0.015s, setting a marker for Goddard to chase.

The Matt Stone Racing young gun was just 0.004s down on Percat through the second sector, but an error into the final corner saw Goddard slide onto the grass, lose control and pitch his car into the outside barriers.

Goddard was able to return his damaged car to the lane, but will line up 10th for Saturday afternoon’s race.

Van Gisbergen followed and despite a scratchy first sector, punctuated by debris from Goddard’s accident, fired in a lap good enough to put 0.138s on Percat’s time.

Whincup, a six-time pole winner in Townsville, was supreme in the first sector and was 0.035s short of clocking the first 1:12s lap of the shootout.

Waters went even faster in the first sector and moved further ahead in the second, before recording a lap Mostert and Davison failed to displace.

De Pasquale, though, was untroubled despite a bobble at Turn 5, and helped his Ford team to a sixth pole of 2021.