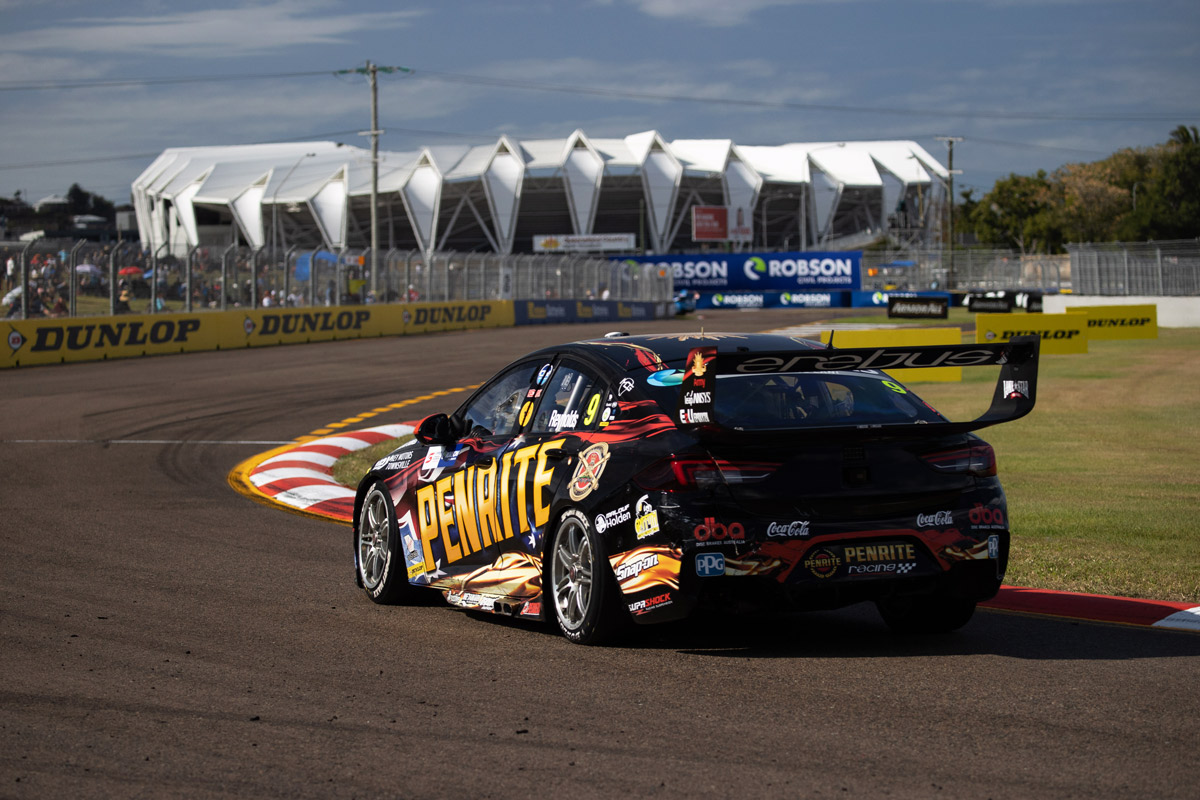 The brightest part of another circumspect weekend for David Reynolds was triggered by some pain for teammate Anton De Pasquale.

Reynolds qualified just inside the top 10 for the first two races of the Robson Civil Projects Townsville SuperSprint, although a power steering failure on Saturday resulted in his opener being cut short.

A poor run to 19th in the last of three qualifying sessions was compounded by a two-place grid penalty for impeding Kelly Racing’s Andre Heimgartner.

Still struggling with severe front tyre graining, as he had suffered from during the first Townsville round, Reynolds was circulating down in 19th when the Safety Car was deployed during the back half of the 39-lap finale.

The cause was De Pasquale’s stricken #99 Commodore, which had speared into the fence after an apparent suspension failure.

Having stopped later than most, the bunching of the field behind the Safety Car played right into Reynolds’ hands, allowing him to charge up to 11th in a matter of laps to salvage something from the weekend.

“The last race was a lot of fun, it was unfortunate for Anton because it ended his day, but it played into my hands,” said Reynolds.

“I had just pitted two laps before that Safety Car came out and I was able to race cars who had worse tyres in front of me. I was able to carve them up and have the confidence to pass them.”

As for his continued tyre troubles, Reynolds cut a perplexed figure. 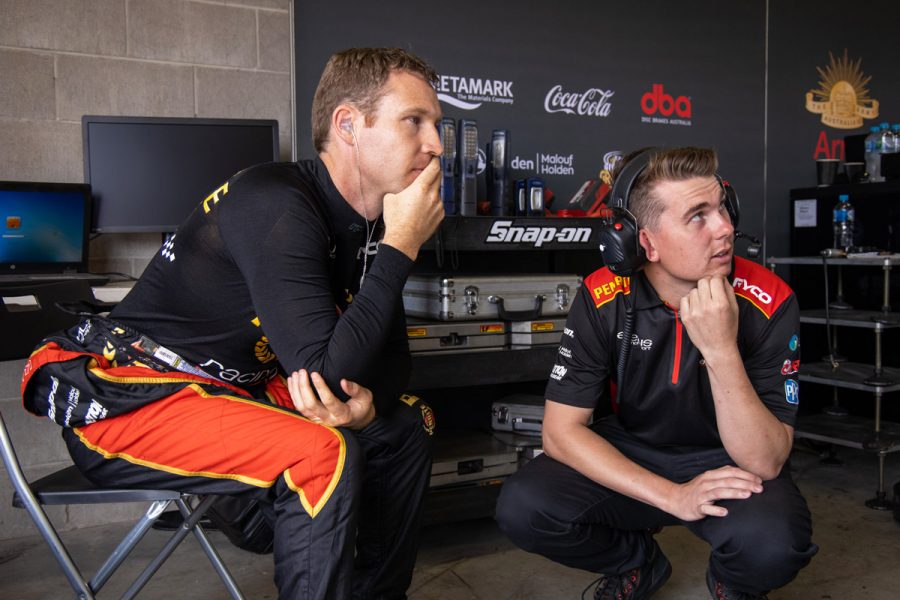 “I’m not having the best of fun with it, five or six laps in I just lose all of my front tyre feel and it just grains the tyre really aggressively,” he told Supercars Trackside.

“I’m not sure really what we are doing wrong, I don’t know how to fix it. We’ve tried heaps of different things and it has never really worked.”

Having sat a net fifth position on the road at the time of incident, the 24-year-old felt a third podium of the season had been possible.

"You never know what will happen in the race, but I had no pressure from behind and I was coming at the two in front quite quick, with a slight tyre advantage too," he said.

"We were in a good position; it would have been a hard fight but we had the car speed to get a podium.”

Instead, a combined two DNFs and just one top 10 result has seen Penrite Racing tumble from fourth to eighth in the teams’ championship – now behind the second Tickford garage, Team 18, Walkinshaw Andretti United and Brad Jones Racing.

The squad will regroup at the South Australian town of Mount Gambier, where the team’s fabricator James White is based, ahead of a doubleheader at The Bend Motorsport Park.