Now, he returns to the category behind the wheel of an Image Racing Ford Falcon FG, and after a test last week feels he will gain a lot the second time around.

"Even after a single test day I can feel the benefits of working with Image Racing, speeding up my knowledge intake by working with their experience," Day said.

"Terry [Wyhoon, team boss] -who is a multi-championship winning driver himself -will be personally engineering me, and last Tuesday's test showed us that we work very well together."

Day's good form to date coupled with DDR's resourceful promotional abilities has seen him pull off a multi-sponsor deal to drive for Wyhoon's Image Racing team.

He will pilot the last Stone Brothers FG Falcon ever built, which comes as a bonus to his major sponsor Street Fighter, who specialise in Performance Upgrade kits for Ford and Holdens.

"I can't believe my luck being partnered with a race driver who works directly in my industry as an engine builder, then to have him race a Holden one season and a Ford the next -it's a perfect fit for Street Fighter," Street Fighter Managing Director David Roscio said.

Another part of the equation Day is happy about is his new teammate in Jesse Dixon, who will steer the sister Hayman Reese car.

"Having a true teammate is already shaping up to be a bonus, as Jesse and I are similarly paced and get along really well," Day said.

Both Day and Dixon will be on-track from Thursday this week at the Clipsal 500 Adelaide, with V8 Supercars Dunlop Series' qualifying that afternoon.

John Bowe: Whincup has a fight on his hands 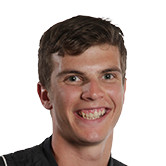