Holden and its factory Holden Racing Team have unveiled their annual tribute to the ANZAC spirit, with V8 Supercars Champions Garth Tander and James Courtney revealing the stunning livery at dawn.

A silhouette of diggers from the original Gallipoli landing features down both sides of the cars complimenting the ANZAC Rising Sun while paying homage to the birth of the ANZAC legend and those that have paid the ultimate sacrifice for our country.

ANZAC Appeal signage also occupies the rear wings and the leading edge of the roof above the front windscreen.

The initiative is designed to not only pay respect to the ANZAC spirit, but to also raise awareness to the RSL’s major annual fund raising activity, the ANZAC Appeal, which enables it to assist in the welfare of veterans and their families.

“Holden and the Holden Racing team are proud to continue their associations with the Returned & Services League and its ANZAC Appeal,” GM Holden’s Motorsport and Sponsorship Manager Simon McNamara said.

“We consider it an honour to carry the ANZAC Rising Sun on our factory race cars and we are delighted to help raise awareness to the appeal and assist in raising vital funds to help veterans and their families when in need.”

“We thank the Holden Racing Team for their ongoing support of veterans through the RSL’s 2016 ANZAC Appeal,” Smith said.

“We encourage all members of the community to attend a commemorative ANZAC Day service and to show that they care by buying an ANZAC Appeal badge and wearing it with pride this April.”

Tander said he believed this year’s tribute was even more important following last year’s centenary of the Gallipoli landings. 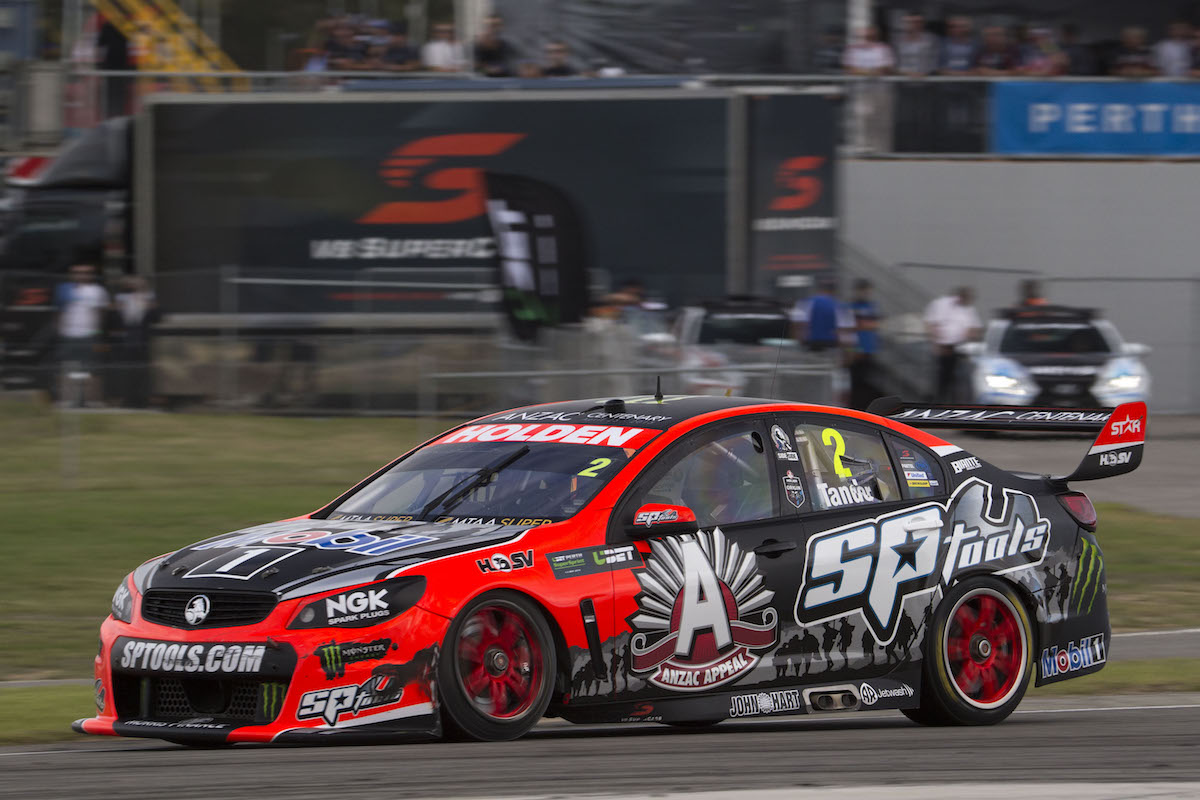 “Last year was the 100th anniversary of the Gallipoli landings, so it is important we continue to recognise the contribution of the original ANZACs, as well as every person who has served Australia and New Zealand since then, including those serving today,” Tander said.

“I am honoured to be part of HRT’s annual ANZAC tribute; it is our fourth year of carrying the Rising Sun on our cars and promoting the RSL’s ANZAC Appeal, and it is a livery the entire V8 community gets behind."

Courtney said he was proud to carry the ANZAC Rising Sun on his HRT Commodore.

“HRT’s annual ANZAC tribute has become a fantastic tradition which I look forward to every year now,” Courtney said.

“While the livery stirs up the emotions, it is important to remember our main aim is trying to raise awareness to the ANZAC Appeal and the great work the RSL does in supporting veterans and their families.”

The Holden Racing Team encourages everyone to support the ANZAC Appeal by purchasing an ANZAC Appeal badge and wearing it with pride, or by donating online at www.anzacappeal.com.au.