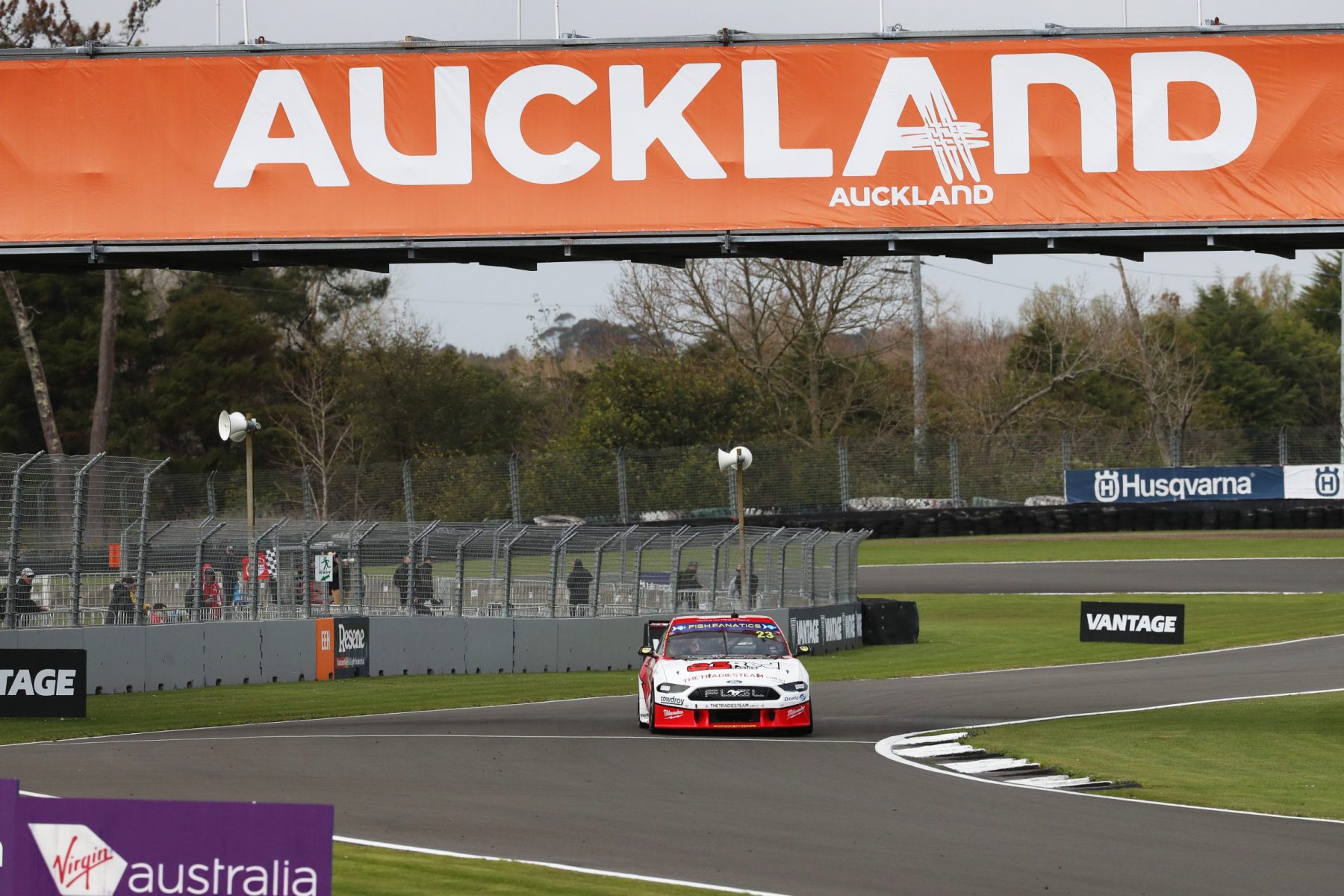 Will Davison recorded the fastest time in a rain-hit start to the ITM Auckland SuperSprint at Pukekohe.

Intermittent showers throughout the 30 minutes shaped proceedings, with drivers switching between wet and slick tyres as the session unfolded.

Scott McLaughlin led the way for the bulk of the running with a 1:02.9114s best, before improving conditions led to a flurry of quick times at the end.

Shane van Gisbergen briefly went fastest with a minute to go before McLaughlin responded as the chequered flag fell.

Davison and his Milwaukee Mustang then trumped the pair of them, leaving the benchmark at 1:02.4451s.

"I just tried to be patient," said Davison, who completed just six laps for the session.

"We don't have that many slicks today, so I didn't want to take anything out of them in those greasy conditions.

“But I knew if it stopped raining for a minute, you had to be out there to try and get one lap.

“We did that, we timed it perfectly. I'm not going to read into it too much, but the balance of the car felt really good." 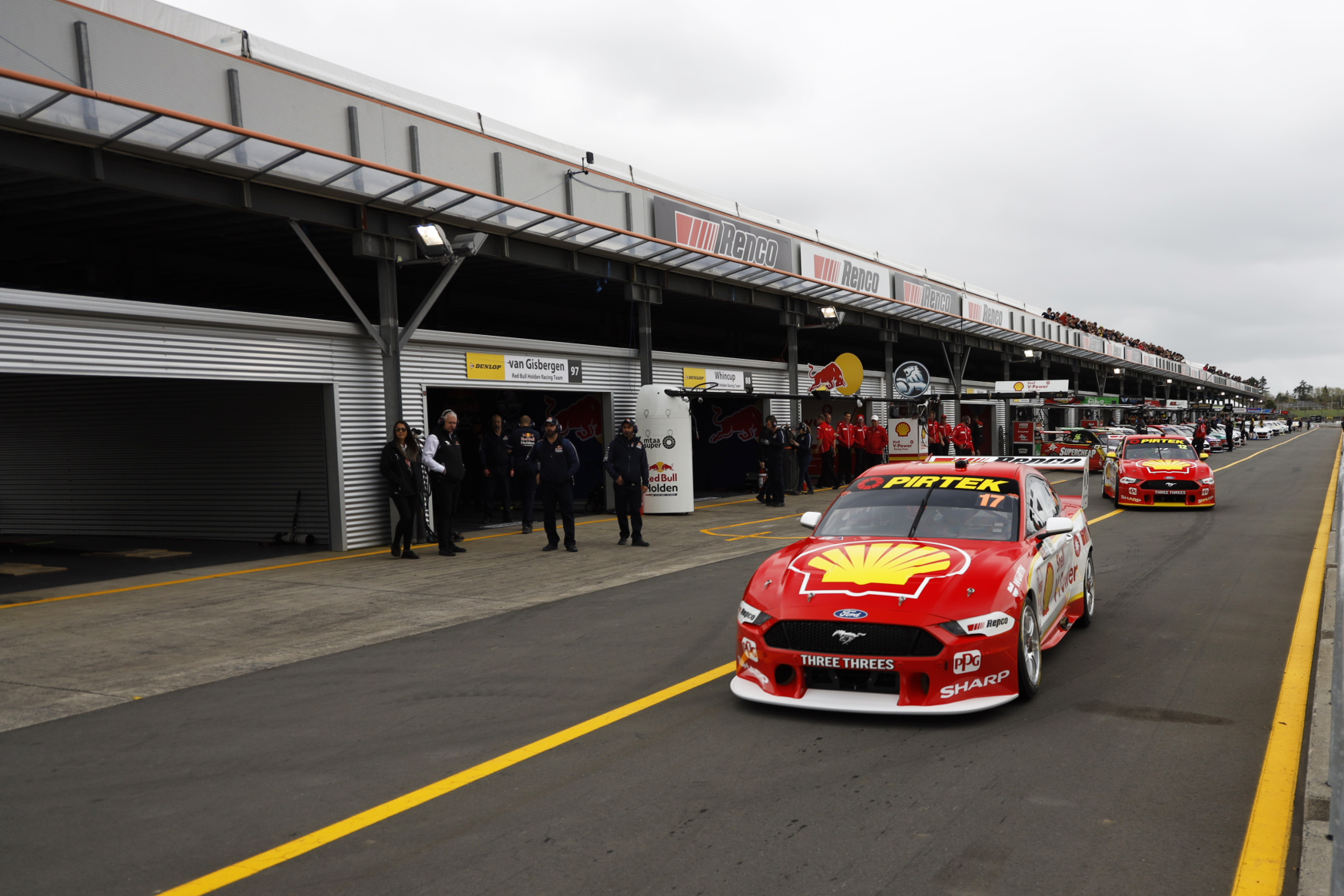 The session was the first running for the Holden teams with their revised aerodynamic package, which van Gisbergen said was the focal point of his session.

"Interesting, just getting a feel for the new aero stuff,” said the Kiwi, whose team-mate Jamie Whincup ended the session 17th.

“The car is quite different in the high-speed, not in a good way. So we're going to have to balance that and try and learn it. Hopefully we'll be better this arvo.”

Kelly Racing pair Garry Jacobson and Simona De Silvestro rounded out the top 10, with the Swiss driver having been second before the final runs.

The red flags were called at the halfway mark to retrieve debris from the pit straight after Richie Stanaway ran wide at the exit of the final corner.

Stanaway’s Commodore slid across the grass and made left-rear contact with the concrete wall, before the Kiwi drove back to the pits for repairs.

"I just got caught out by setting the speed over the hill, just because the track was drying out so it was hard to gauge how hard to attack,” he said.

“I ran wide slightly and because the grass is wet it sucked the car towards the wall.

“I didn't realise the left-rear suspension was bent, so I nearly had a bigger crash just re-joining the circuit.

“I'm just glad the car didn't spit me off into the inside fence or anything and have a major issue.

“It's just a lower left-rear suspension arm and some scraped panels.”

Those electing only to do minimal laps in the conditions included Anton De Pasquale and Nick Percat, neither of which set a time.