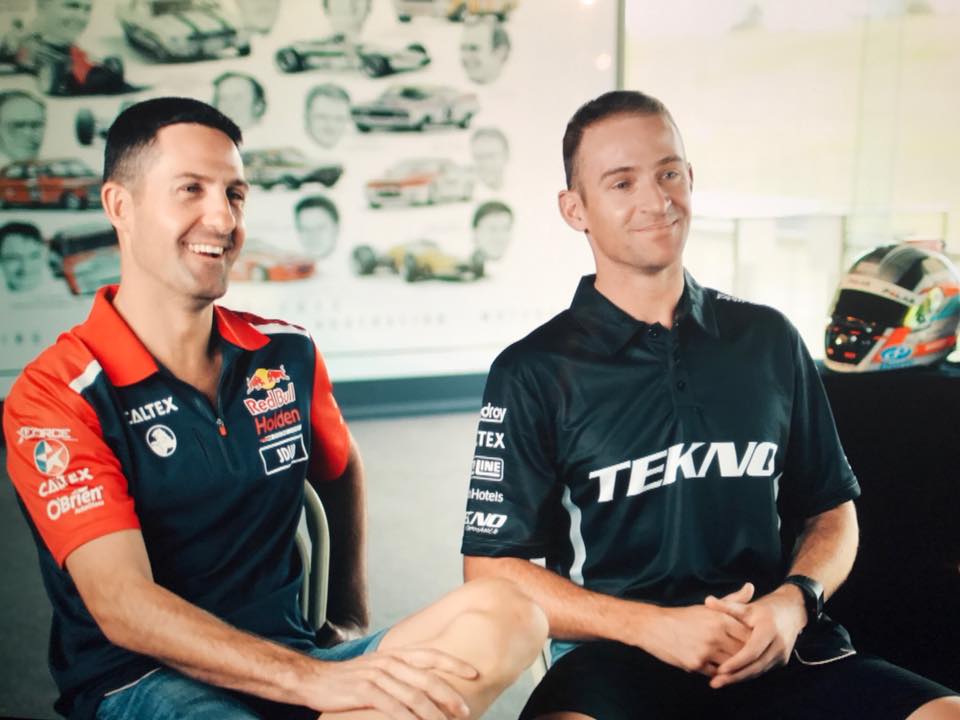 Will Davison believes close friend Jamie Whincup’s seventh Supercars title, earned in stunning circumstances in Newcastle, would mean more to him than the first six.

Davison and Whincup have been mates since their karting days, before winning the Australian Formula Ford Championship in 2001 and ’02 respectively.

They have been full-time Supercars rivals since 2006, Whincup having now won seven titles with Triple Eight and Davison finishing as his closest rival in ’09 and third four years later.

Whincup, who has revealed the extent of his ‘scary’ personal sacrifices, started the Coates Hire Newcastle 500 with a slender points lead, but finished the opening leg on the back foot after an early clash with Michael Caruso.

He bounced back to win the final race of the season, which became good enough to take what Davison classed as an “incredible” crown with Scott McLaughlin’s last-lap penalty.

“You can see the emotion in his face [post-race],” Davison told Supercars.com of Whincup.

“It would mean a lot and I reckon probably more than the others, the way it came down to the wire like that.

“Credit to Scotty McLaughlin, phenomenal weekend and just great for the sport.

“I’m shattered for Scotty, I can’t imagine how he feels, but so pumped for J-dub.

“He probably hasn’t quite had the quickest car, but they’ve grinded away and got a championship in those circumstances with a pretty special team performance.”

The pair started the weekend in Newcastle by unveiling a plaque they helped organise to remember another close friend, Stewart McColl, a local driver who lost his life in an accident in 2003.

Whincup said he would be treating the title, which extends his record as the most-successful driver in Australian Touring Car Championship/Supercars history, like it’s his last.

In the final race, Whincup led as McLaughlin twice tried to make his way back up to the 11th place he needed, after serving a pair of penalties.

He was 13th at the final Safety Car restart, with just over 20 laps to go, with Davison in ninth, where he finished both races in his last weekend with Tekno Autosports.

McLaughlin ultimately got into 11th, but tangled with Craig Lowndes on the penultimate lap and a third penalty dropped him to 18th.

“I was looking at the big screens, actually, during the last Safety Car,” Davison said.

“I saw a six-point difference, I saw McLaughlin four spots behind me and I’m thinking, ‘jeez, I don’t want to be in the middle of this championship fight’ and I was doing the maths in my head.

“I saw on the big screen on that last lap and I couldn’t believe it. I was pretty chuffed for Jamie.”

Davison will move to the revamped 23Red Racing in 2018, driving a Prodrive-built Falcon.