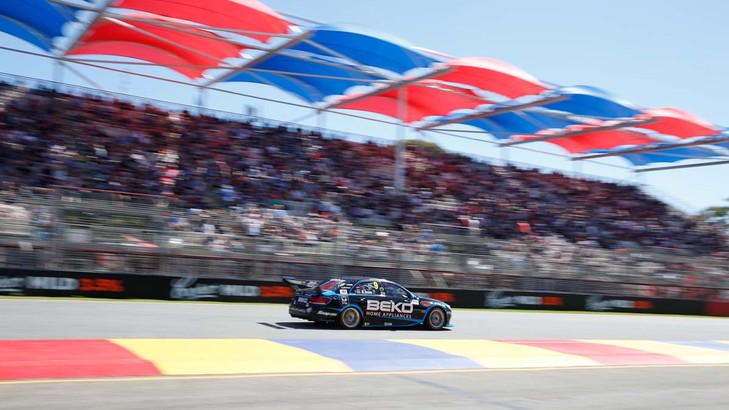 Will Davison says his 10th fastest time in today’s only Clipsal 500 Adelaide practice session before the 2014 V8 Supercars Championship blasts off later this afternoon is the first time he has started to feel comfortable in the Erebus Motorsport Mercedes-Benz E63 AMG.

Davison, who moved to Erebus from Ford Performance Racing in the off-season, yesterday qualified 24th and 16th for the first two 125km races of the Championship.

“Let’s qualify now and I reckon we would end up around the top 10,” Davison told v8supercars.com.au.

“That session was probably the first baby step towards feeling at home in the car.”

Davison only drove the E63 for the first time at the weather affected sydney.com pre-season test and the car’s suspension and engine have received significant upgrades since then, meaning he is starting virtually starting from scratch in Adelaide this weekend.

“Yesterday was literally the first time I ever made a set-up change on the car. We need test days, especially for me because it is a pretty foreign car.

“These cars always difficult to get used to… We are still developing the car and trying lots of things.”

Davison’s teammate Lee Holdsworth qualified 16th and a promising sixth for today’s two races, and Davison says that latter result is more indicative of the capability of the E63.

“We have taken a few steps forward overnight and I think we are getting closer to the potential of the car. Lee demonstrated that yesterday. I think P6 is a great result.”

Davison said it would be important for him to finish both races today.

“We are always going to race but it is important I get mileage and try and find some speed in the car,” he said. “I want to steer clear of the crap and get some points, because we still have goals for the Championship.”