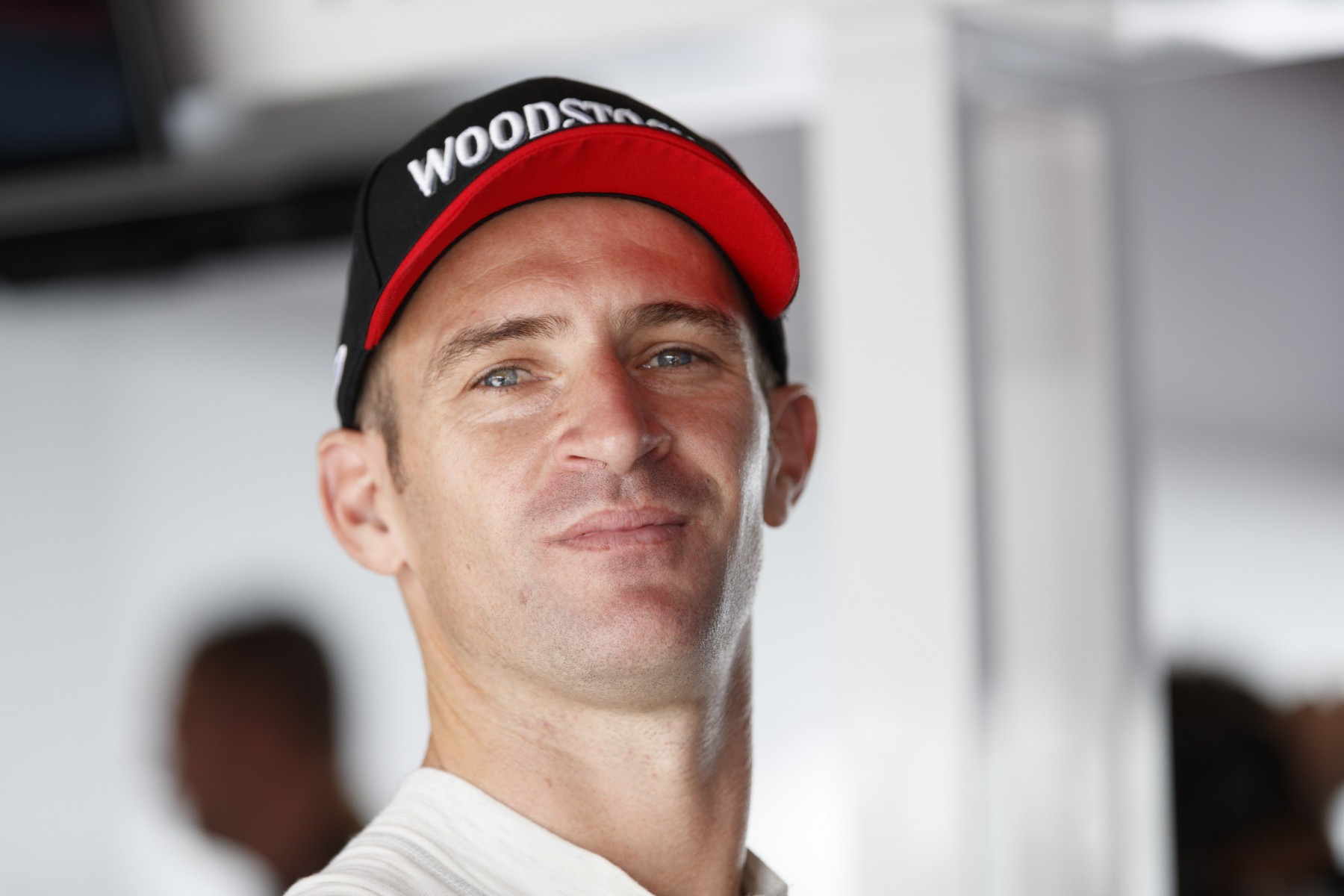 Will Davison has undergone medical and simulator testing today as he pushes ahead with plans to return to action at the WD-40 Phillip Island 500.

The 34-year-old suffered a small break to an offshoot from a vertebra just 10 days ago in a 46g impact during the multi-car pile-up at Symmons Plains.

Determined not to miss this weekend’s Phillip Island event, Davison expects to have his racing licence reinstated by CAMS following certification by a medical practitioner today.

Before he can practice on Friday, the Tekno driver will then need to pass an exit test at the circuit to prove he can alight his vehicle within the required timeframe in the case of a further accident.

While his ability to withstand the rigours of driving a Supercar won’t be fully apparent until Friday practice, simulator testing today has given the driver further encouragement.

Davison drove laps of Phillip Island aboard a state-of-the-art simulator at McElrea Racing on the Gold Coast this morning in order to test out his body.

The $95,000 Motionforce1 simulator is said to mimic the g-forces experienced by Supercars drivers through the seat, as well as the relevant steering, pedal and gear-lever loads.

Although Tekno owner and reigning Bathurst winning co-driver Jonathon Webb will be available to step in and drive if required, Davison is determined to race.

“I am doing everything in my powers to be in the car at Phillip Island this weekend. I am feeling better every day, improving all the time,” said Davison of his recovery.

“Today I’ve been on the simulator, which was another step forward in my rehab, and I felt pretty good afterwards.

“I’m still pretty stiff and sore first thing in the morning but once I get moving, I’m right.”

Tekno Autosports meanwhile expects to have Davison’s repaired #19 Holden on the way to Phillip Island tonight, just hours behind schedule.

The car has undergone a major rebuild since the crash, spending five days at chassis specialist Pace Innovations before returning to Tekno’s workshop on Saturday evening.

After sanding and repainting the new areas of the chassis, Tekno’s crew spent the bulk of the Easter weekend working around the clock to reassemble the car ready for dispatch to Phillip Island.

“The plan is to have it in the truck about midnight tonight,” Tekno spokesman Chris McCormack told Supercars.com of the progress this evening.

“It looks like a complete car – it has all the panels on it, has a motor and transaxle in it and the suspension is being bolted on at the moment.

“It’s been a monumental effort from everyone involved to put in some very big hours and get the car to the point where it is now.

“We’ve got two truck drivers lined up on rotation to fast-track it down to Phillip Island so that we’re ready to go for the weekend.”