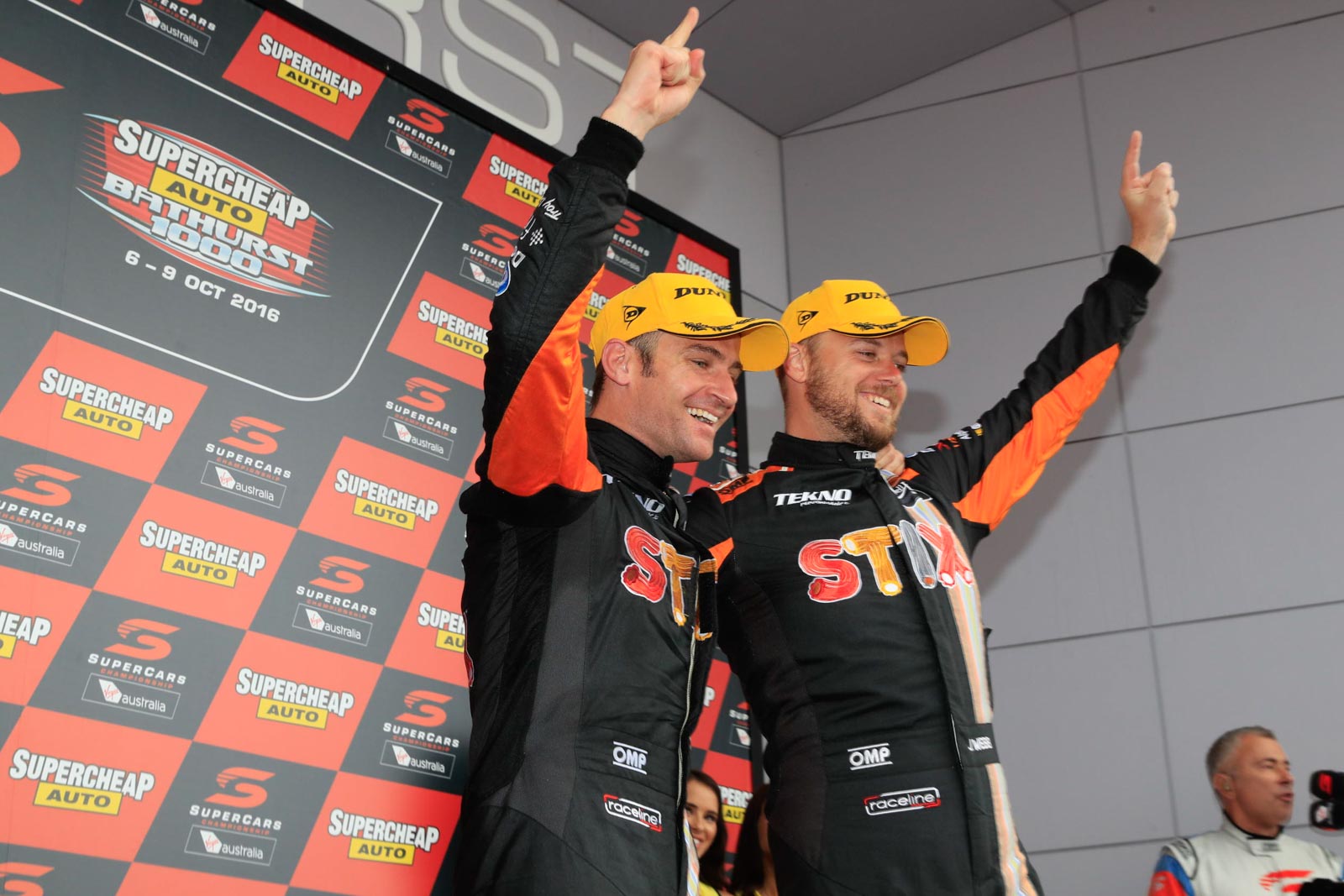 Will Davison never wants to hear the word ‘appeal’ again after a complicated week took the shine off his and Jonathon Webb’s Supercheap Auto Bathurst 1000 victory.

Becoming a two-time winner of the Great Race last week, Davison has said all along his result was not in doubt – now he just wants to celebrate with his team and press on to the weekend’s Castrol Gold Coast 600.

Now that appeal has been dismissed, Davison is more than ready to move on and hopes his team receives the praise it deserves for its mammoth achievement 10 days ago.

“To be honest, I haven’t had any concerns, just every second question has been about that – I want everyone to talk about what a great job we did as a team and what a fantastic effort it was by such a small, little team to get the job done,” Davison told supercars.com.

“They deserve that, the boys deserve the credit, not this other rubbish hanging over our heads.

“I’ve had no worries whatsoever since Sunday night, I haven’t had any concerns, I’ve been enjoying it the last week, it’s just been annoying to have a cloud (over it).

“We were certainly safe, just all the media and conversations haven’t been about what it should be – very deserving winners, a fantastic crew of eight or nine people and such a feat.”

Davison’s drive at the end of the race to keep championship leader Shane van Gisbergen behind impressed many in the pit lane, winning in the closest competitive finish in history with a margin of just 0.14 seconds.

“It was awesome, very tough,” Davison said of the closing battle.

“Those are the pressure moments you get into sometimes. It’s all your team back in the garage that have got you to that position and that moment – that’s the hardest bit – and then you’re got to finish the job.

“All those things come to your mind and hopefully make you step up to the plate and be able to execute a finish like that.

“Fortunately I kept my head together, thought of all the guys at the team. I knew how much a win like that would mean for those guys, how many years they’ve been trying. It’s just a dream result for such a small team – it’s hard to explain but when you’ve got a small group it’s much more intimate.”

Davison said he knew this type of fairytale result was possible with TEKNO, describing it as the perfect day behind the scenes: “It literally went silky smooth from lap one to the end for every single members’ job”.

Despite the off-track battle, Davison says he and close friend Whincup have not been affected by Triple Eight’s decision to appeal.

“We’ve been great from the night I got home from Bathurst, it hasn’t been discussed.

“I’ve seen him heaps of times the last week and it’s happy days from our point of view.

“It’s completely nothing to do with us, we’re not involved. They’ve got their own situation to be dealing with. At the end of the day we’re fine, he’s very happy for us … they’re naturally gutted for themselves but that’s the way it goes, it’s two very separate issues there.”

Now the appeal has been put to rest Davison hopes the team can soak up the win and be proud of what its members achieved.

“I think the correct decision was made – I think it was made after the race and that’s that. It’s just a shame it’s been clouded all along that we were victors, I always knew we were and haven’t question it, really … we knew from the end we won and hopefully the guys can enjoy it a bit more now it’s not going to be brought up again.”

Davison sits fourth in the championship behind the three Triple Eight cars of Shane van Gisbergen, Whincup and Craig Lowndes heading to the Castrol Gold Coast 600.