Will Davison quipped that he’ll give Chaz Mostert ‘a slap’ after the Tickford Racing team-mates swapped paint in the Watpac Townsville 400 opener.

Mostert barged past Davison for fifth on lap 25 of 70 with an aggressive move at the high-speed, right-hand Turn 10 sweeper.

The left-front wheel of the Supercheap Ford made contact with the Milwaukee entry’s right-rear, forcing both drivers to save big slides.

Commentators noted Davison was 'blowing up hard' on his team radio directly after the incident and, after eventually finishing seventh, he described the move as “pretty dodgy”.

“I'm going to bloody give him a wedgie when he comes in the truck, it could've been pretty expensive for Phil [Munday, 23Red Racing owner] and us,” he said.

“He was there behind me, which was fine, I had my eye on him, but that corner at [Turn] 10 is often a really tricky one.

“If someone has got a bit better drive than you off Turn 8, they'll sort of get the nose there, but two-wide you don't go, so you generally play it a bit safe at that stage of the race.

“I didn't think he'd keep his nose there and when I felt the hit I was really close, cause you're nearly in the marbles, to going in the fence.

“I didn't think it was ideal for the team-mates, pretty dodgy, but anyway, I'll give him a slap later.” 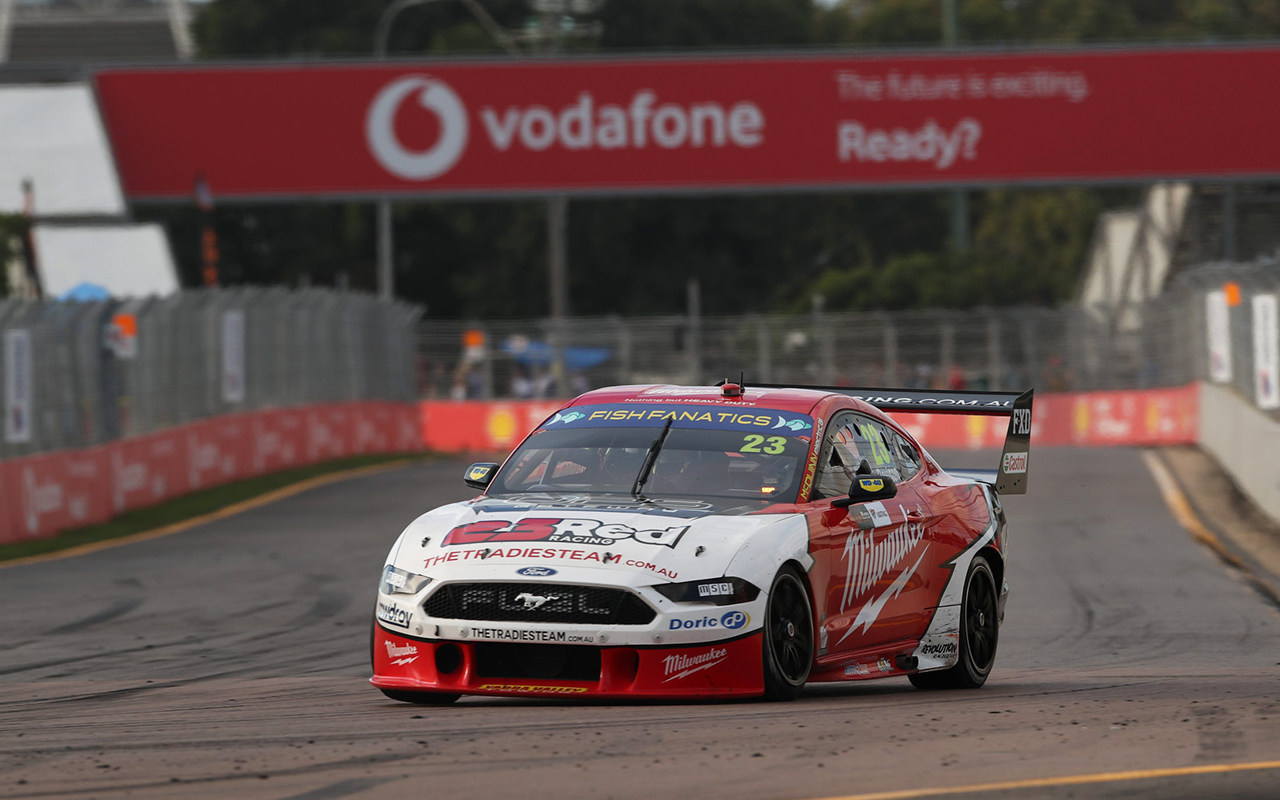 Mostert recorded his seventh podium of the season with third, while Davison is still looking for his first top-three finish since winning Bathurst in 2016.

Davison had qualified fifth and was optimistic of a strong result, on a circuit where he won the Saturday race during his previous stint at Tickford in 2013.

“It was a shame, because I got off to a good start, but I knew early on I was going to have my hands full,” he said.

“The [tyre degradation] was really high, as we expected, and I just couldn't keep the tyres under me.

“We had a radio issue, so I had no radio and we probably pitted at the wrong time, and then we had a little bit of an issue in the last stint, where I had a bit of a problem with the car.

“I was just trying to bring it home; I was pretty glad to see the chequered flag.”