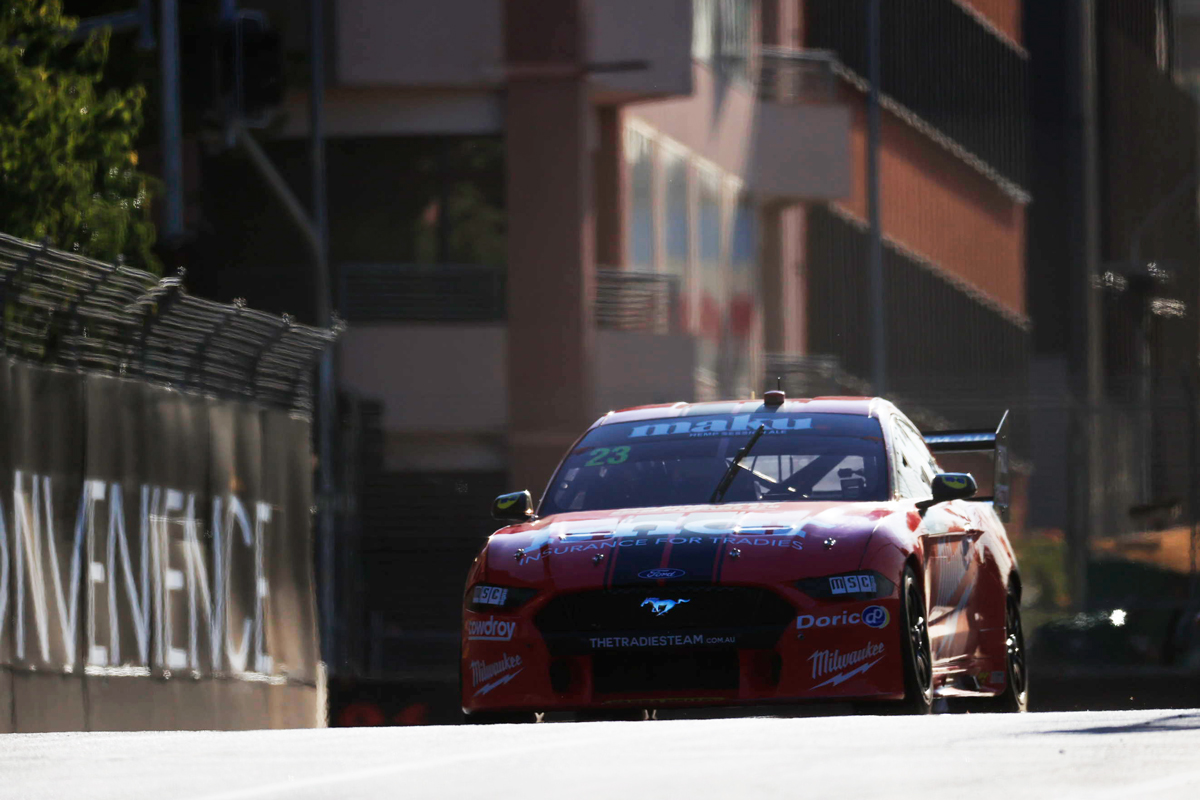 Will Davison believes format changes increasing the importance of Friday practice times are good for the sport, even if they are ‘stressful’ for drivers and teams.

Practice 2 and 3 at the Superloop Adelaide 500 yesterday carried meaning towards the weekend’s two qualifying sessions, with the top 10 drivers earning direct entry into Q2 on Saturday and Sunday, respectively.

That in turn means those drivers will start the relevant race from no lower than 14th on the grid, regardless of how qualifying itself pans out.

Davison has been the most consistent of all drivers in the very early stages of 2020, placing in the top three at all three Adelaide practice sessions as well as topping the BP Ultimate SuperTest.

The 23Red Racing veteran gave a rounded assessment of the extended knockout format, which will feature at multiple rounds this season.

“I mean it is good. I think it makes for a bit more entertainment [on the Friday],” he said.

“It nearly felt like two qualifying sessions which is a bit stressful when you want to make some changes, like you want to learn about this package.

“But my thing rolled out pretty well and you’re scared to touch it, but conditions changed and we were forced to a bit in that [Practice 3] session.”

Davison feels lessons will continue to be learnt through the entire year-opening event, following an off-season reduction in aerodynamics and the introduction of a control damper.

The 37-year-old was surprised to see the impressive times being posted – Chaz Mostert set a new lap record in Practice 3 – given the lowered aerodynamics and horsepower at their disposal.

That shock was heightened by the experience gathered in Tuesday’s pre-season test at The Bend.

“I’m a little bit surprised to be honest,” Davison said.

“Particularly after Tailem Bend on Tuesday, although we did similar times we were on the softer tyre. On the harder tyre we were a long way off where we were in the race last year.

“You certainly felt the engine, the lack of downforce at Tailem Bend but I was expecting a bit worse here.

“I can’t explain it, temperature might be down from last year… but the car still feels quite good, it feels well balanced mechanically.

“Our balance has stayed fairly similar, we’re just generally down on grip which I think you’ll find when you pull the band-aid off, the new tyre, you really see who has got a good balance over a stint.

The first ARMOR ALL Qualifying of the year will start at 11:55am local time today.