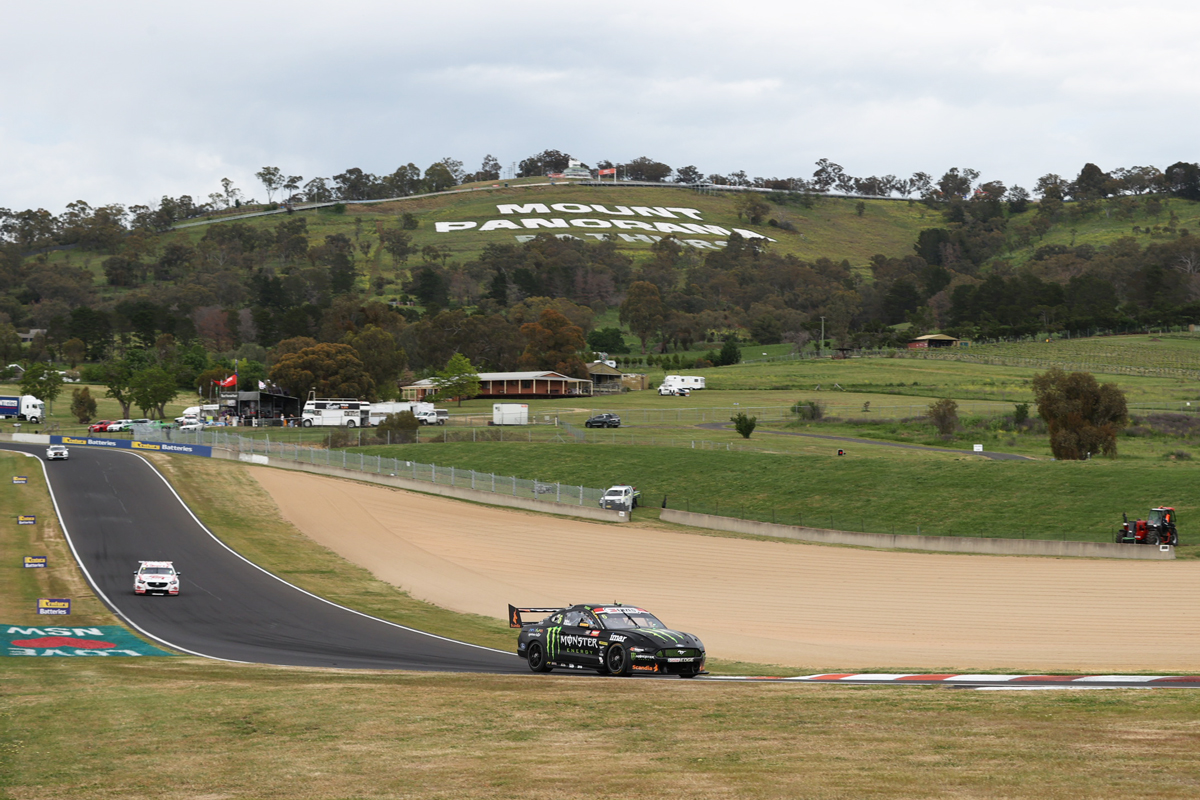 Will Davison starred in the opening Friday session of the Supercheap Auto Bathurst 1000 as the Mountain brought a pair of rookies unstuck.

Davison chalked up a lap faster than all but five lead drivers managed yesterday, posting a 2:05.0667 amid the flurry of final runs in the co-driver only Practice 4.

It marks the third time in four sessions that the Monster Energy Mustang has taken top spot, with Cameron Waters proving fastest in both Practice 1 and 3.

D’Alberto had been in line to move up the order before a fast lap was scrapped by the second of two red flags in the session as Jordan Boys found trouble at Hell Corner 10 minutes from the end.

Boys carried too much speed into Hell Corner and ploughed into the tyre barriers, his Cub Cadet Mowers #14 suffering front-right damage.

“I just grabbed the front as soon as I went on the brakes and couldn’t get it unlocked,” he said.

“I’m pretty annoyed at myself. I tried to go in there a bit deeper just to get a bit of lap time. It was just a mistake.”

The session had earlier been delayed for 12 minutes after Mount Panorama issued another of its reality checks for exciting youngster Jayden Ojeda.

Having already had a couple of minor offs, the 21-year-old locked up into The Cutting and made solid right-side contact with the wall, bringing out the first red flag of the Supercars sessions this weekend.

The Valvoline-backed GRM Commodore escaped without major damage but was unable to add to the eight laps logged prior to Ojeda’s crash.

That lap by Caruso was two tenths up on the Practice 2-topping time set by Tickford teammate James Moffat yesterday and marked the first lap of the day in the 2:05s.

By the end of the hour, 14 others had joined him in that bracket as co-drivers begin to get reacquainted with Supercars equipment.

Five minutes was lost from the latter part of the session when Boys found himself in the barriers, although cars did return to the track shortly before the chequered flag.

Hell Corner had earlier been the scene of a close call for Caruso, the two-time Supercars race winner almost clipping his rear wing with a clumsy flick-spin down the escape road.

A broken anti-rollbar meanwhile kept Team Sydney co-driver Steve Owen in the garage through the back part of the session.

Lead drivers are expected to complete the bulk of the laps in Practice 5 starting 12:10pm as focus turns to ARMOR ALL Qualifying later this afternoon.